Hey there sorry if these questions are obvious I don’t know much about cars yet because this is my first car an I am only 18 and plan on doing most work on my car myself but anyways so I have a few questions so my charging system has a problem I think because the battery won’t charge and when I tested the voltage with the car on it didn’t go up any at all. Even after waiting a few mins and putting the car under load made the lights dim and the voltage drop.

So looking further into things today I found out this thing is disconnected I thought it was a ground connection to something but I could be wrong and I don’t where it goes or what it is for exactly if someone can help me with any info I can probably fix it myself. 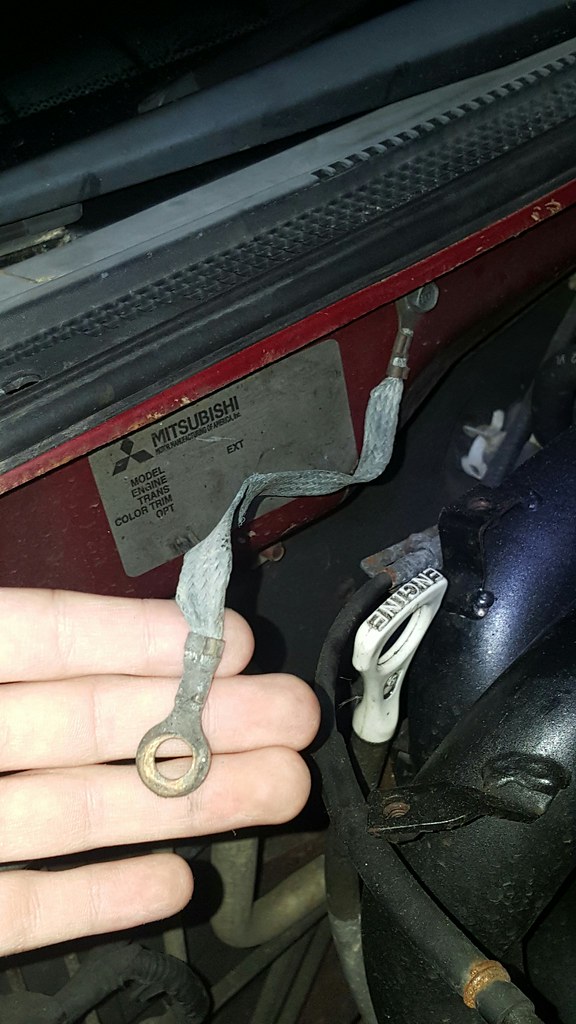 Also I noticed the radio doesn’t have any power and won’t turn on so I figured it was a bad fuse and went to test the fuses and there are 2 that are bad ( I used a circuit light tester) I have them circled in red. I want to make sure I know what they are for so if you could let me know that would be great. The one on the first image in the manual it says that the fuse is 10A but its a 15A in there currently why is that? It’s for the radio if I am correct right? also, the fuses to the left of the 15A all didn’t light up my light tester ( I could not have tested it right) 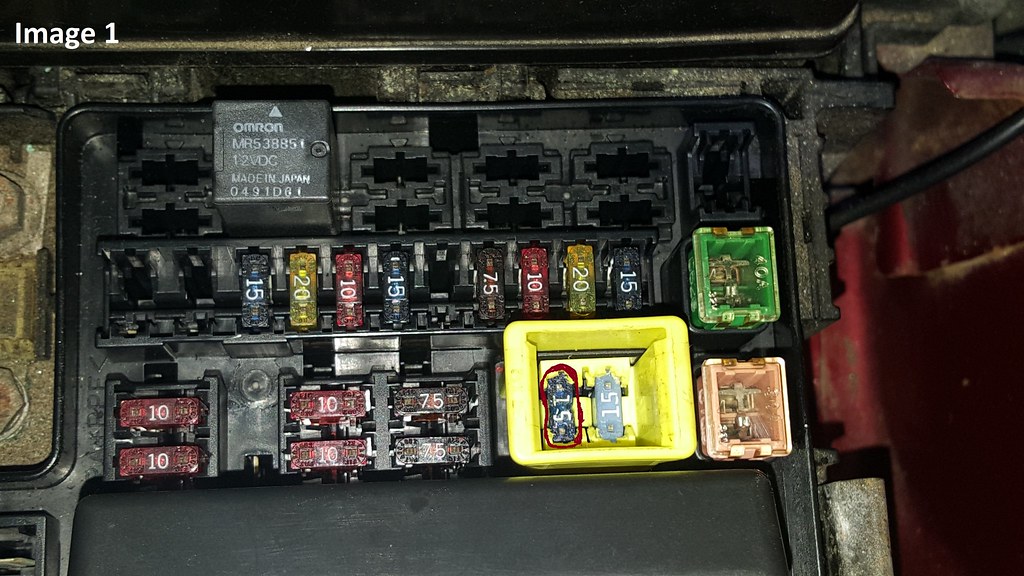 I also noticed that the car window doesn’t work on the driver’s side. The second image has a fuse that didn’t light up the tester as well it is circled in red is that to the door mirror heater? Just making sure I read the diagrams correctly. link to image 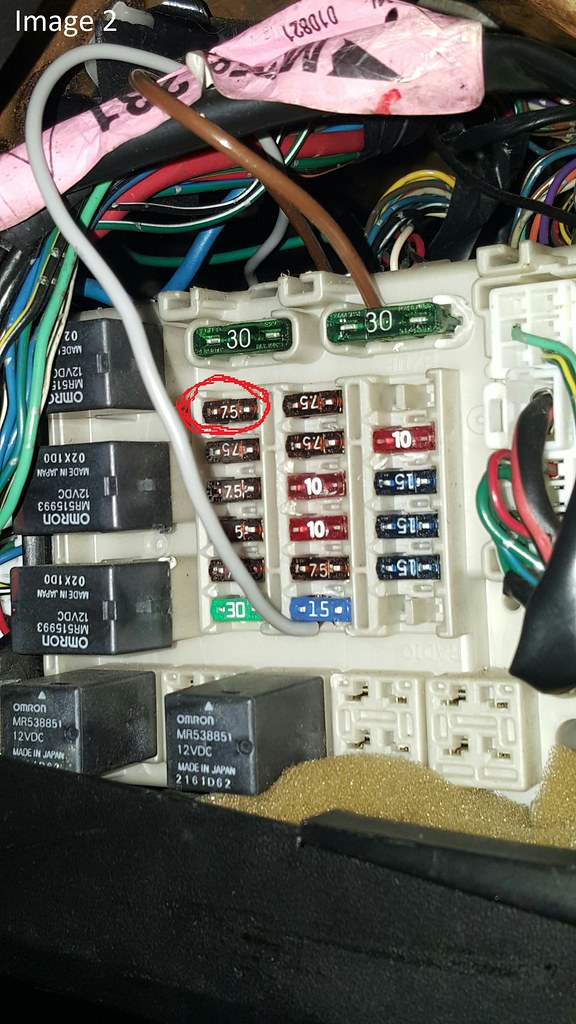 Also here the images to the diagrams 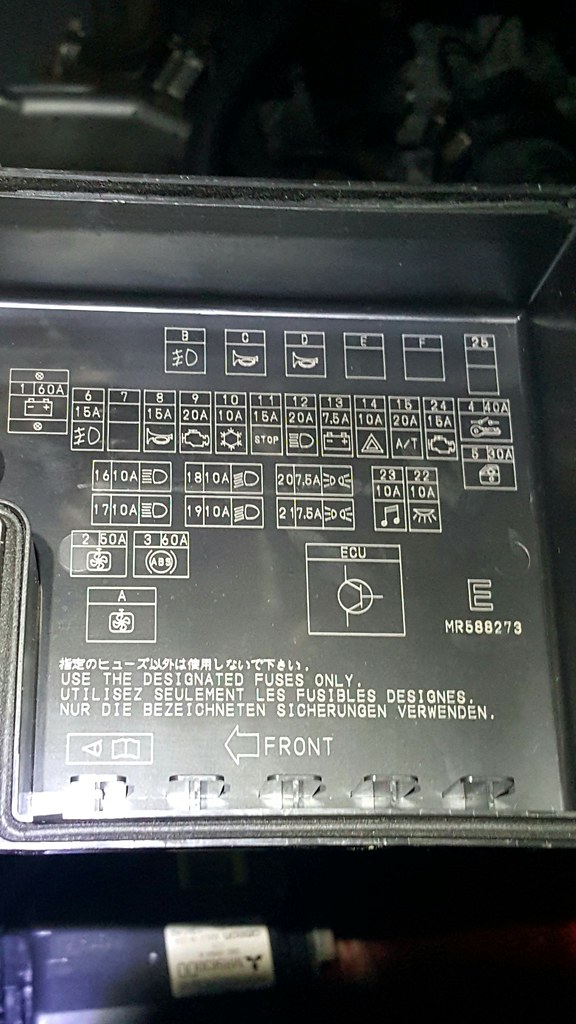 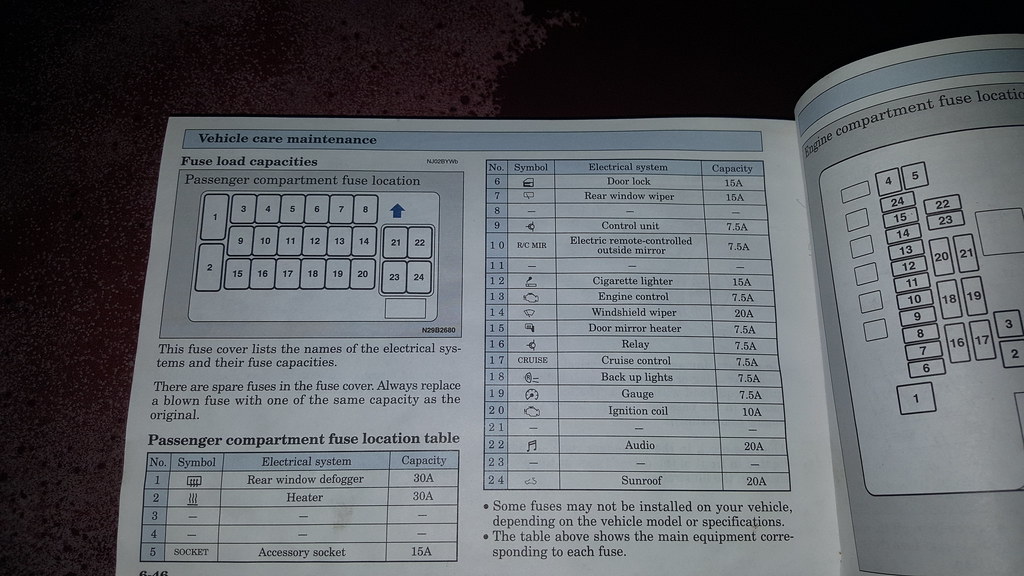 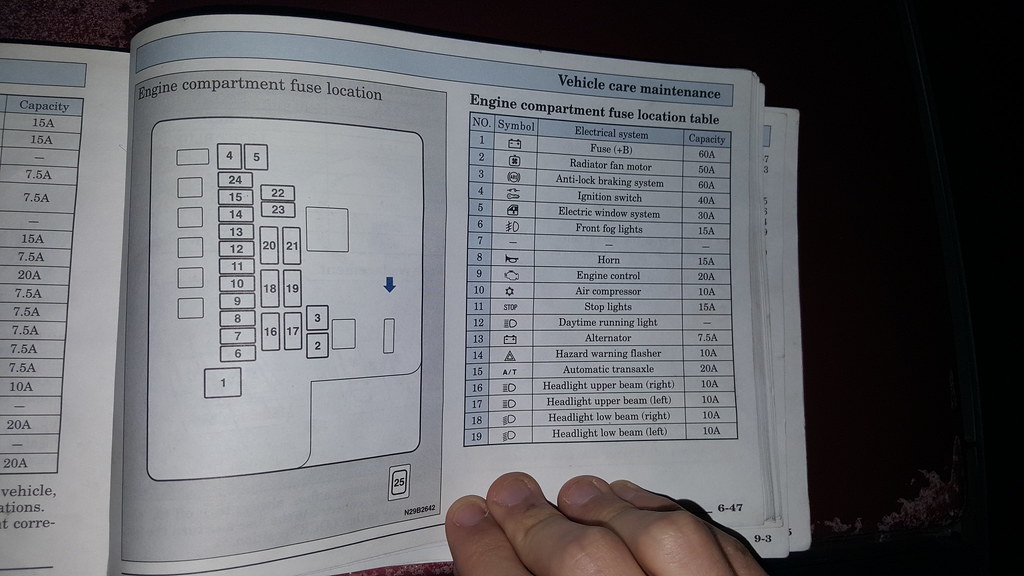 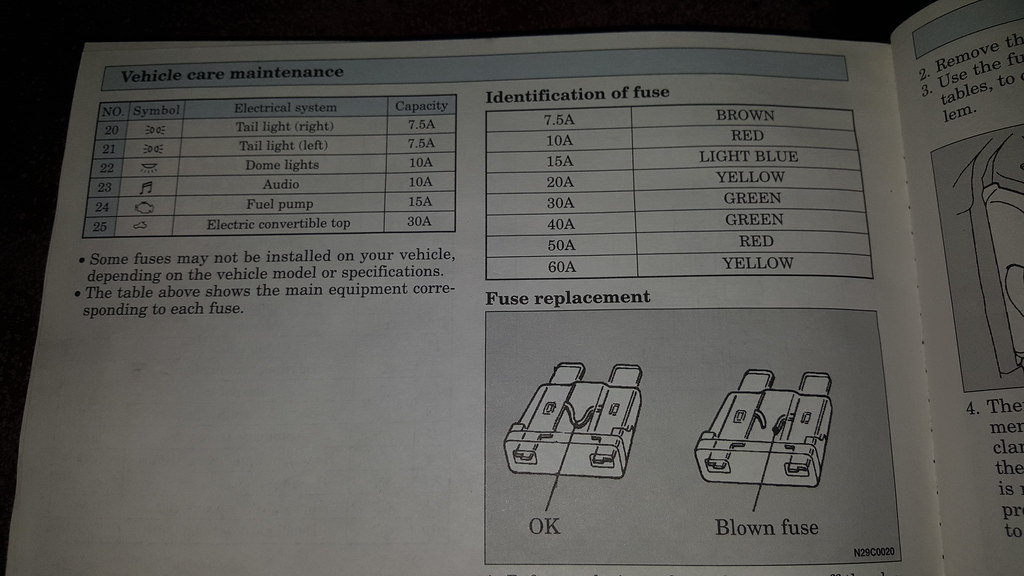 Regarding the first picture, yes, that’s a ground strap, and it should be reattached. There should be a bolt or nut on the motor nearby where it attaches.

People sometimes put in a larger capacity fuse than what is called for because the correct size keeps blowing. This is a bad idea. Fuses protect the wiring to prevent a fire by being the weakest link. If the wire becomes the weakest link and there is a dead short, POOF! Other times, they use a larger fuse because that’s what they have on hand. Still not a good idea, for the same reason.

Electricity has to flow in a complete loop. In the first cars of the early 1900’s they had a separate wire that carried the current from the battery + to the device needing power, such as a headlight, then another wire so the current could return to the battery negative. Later somebody discovered that second wire could be eliminated and weight and space saved using the car’s metal parts ( the body, chassis, and engine) to return the current to the battery negative. For this all to work the body, chassis, and engine all have to be connected electrically together with several and variously placed ground straps.

You can prove this principle yourself if you have two small sheets of bare sheet metal, a battery, and a light bulb that will light up with that battery voltage. Like a flashlight battery and its flashlight bulb for example. Place one terminal of the bulb so it contacts one piece of metal sheet. Connect the + on the battery to the other side of the bulb. Connect the negative of the battery to the other piece of metal sheet. No light, right? But if you then connect the two pieces of metal together, it will light up the bulb. That last part is what completes the circuit. That gadget that you show in the first photo is called a “ground strap” and is used for the same purpose, to connect two metal parts together to complete the circuit.

Reconnect that ground strap to the intake manifold, there are two locations shown in the picture, use the most practical location.

I doubt this will have any affect on your charging system, there are several redundant ground straps on the engine, these are to prevent small voltage differences between the engine and body that could affect computer and gauge performance and prevent other gremlins from occurring. If the negative battery cable wasn’t connected to the battery and engine the engine wouldn’t start.

It seems you have been testing this alternator for months, I think you will have to replace it.

For the fuses with no power you will need to have the engine running and heated mirrors on to witness power.

You have a number of incorrect size fuses in your fuse boxes. Number 20 in the passenger compartment fuse box should be a 10 amp, not 30 amp fuse. Take some time to correct the fuses.

If you have a voltmeter, it may very well have an ohm meter in it as well. You can pull the questionable fuses out, and check them on a low setting - they will measure near zero ohms (some meters aren’t that accurate; if it checks less than 2 ohms it’s all right). I don’t recommend checking them in circuit because the ohm setting on the meter doesn’t like having voltage thrown at it.