I can turn off the DRL lights on my 07 torrent. The headlight control allows you to turn them to off position. My 05 equinox is same vehicle but I cannot turn the switch. The MFS module has different part number from 05 to 07. They look the same but are not identical. Any reason why GM allows 07 owners the ability to turn off the DRL lights?
I have looked at multiple suvs’s in junkyard and all are the same. It’s not an issue with my 05 alone.

Are you sure about that? Did you check with someone in the drivers seat, engine on and in drive?

I have never seen a GM vehicle with DRLs that could be turned off. Doesn’t mean one didn’t exist though. Many have a dedicated fuse for the DRLs that allows them to be disabled.

Oh, I’m sure. I park in garage. Start suv and lights automatically go on. Without touching MFS. It does this on 07 torrent and 05 equinox. But I can rotate control 1 click CCW on torrent and lights go off. I don’t drive torrent a lot but I sometimes take it to work and park in front of large glass window. I can easily see the headlights in reflection. Lights are always on in equinox. I can see the lights go off when I chose driving the torrent. 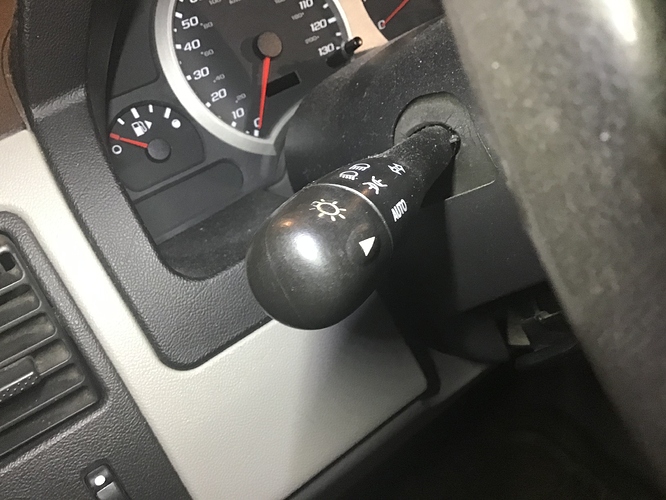 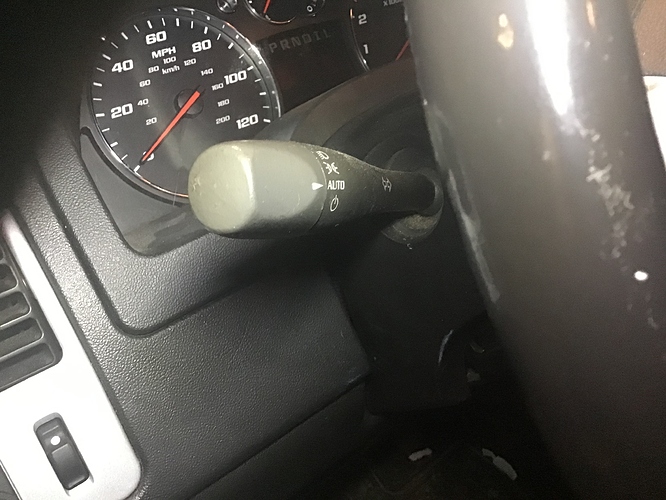 The 2nd pic shows the additional position below “auto”. Guess Pontiac is odd.

This is a safety device so people can see you coming from far away.Why would you want to disable this device?. You can get fined if you try to mess around with it

Pontiac let’s you turn them off. Manual has no info about function. Interesting.
The 07 equinox lets you turn off the DRL. So it’s a gm thing.
So, gm allows you to turn them off but it’s illegal?

Where did you that? It is not required in the US, but it is in Canada. Maybe illegal in Canada, should not be in the US.

I disable them because I used to ride motorcycles that have had DRLs since 1981 for the visibility. Pollute the roads with a bunch of 4 wheelers with DRLs and MCs get lost again. I don’t think that is a good thing so I will not participate.

Any reason why GM allows 07 owners the ability to turn off the DRL lights?

Seems to have been an after-thought. Manufactures realized that people needed a way to switch off the lights in certain situations. 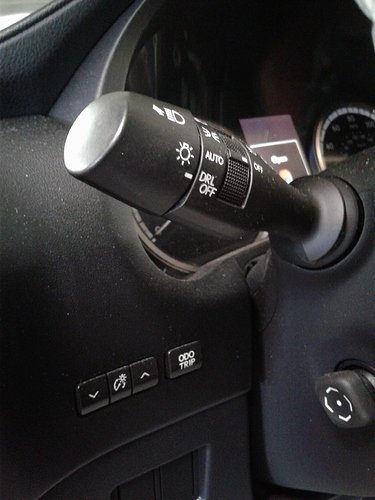 Security posts want you to turn off the lights completely so that you don’t blind them. Unfortunately, a lot of cars with sentinel lighting used to be controlled only by daylight. This used it bother me when I approached these posts in a rental without the turn off feature.

Manual says auto is default. And daytime use will have low power DRL. And switch to normal power intensity at dusk. I have never seen that. My lights never change from low power to normal power.

My 2012 Camry will shut off the DRL If you really want other people to see you, turn on your headlights.

NY has the law that your headlights have to be on when when it is raining. DRLs do NOT comp;y with the law, they are not bright enough and dpnot turn on the tail and side lights.

Auto is low power during day. And switches to normal power at dusk. Have you seen that, old timer?
My 05 has auto only. No off switch. But I never see brightness changes.
The manual says that for 07. I have not looked at 05 manual.

The auto function works for both suvs. But neither have brightness changes. And both have taillights on when dark out. I think the taillights are off during day? Might have to verify that now.
I have dbl garage but 2 single doors. Garage is dark even during day when only 1 door is open.

It’s not illegal here in the states . My 20 Durango doesn’t even have DRL’s . A lot of GM vehicles allowed this. All the Trailblazers and Envoys allowed you to do this because I do the same thing . This was mostly about not burning out the headlights on the vehicle. the earlier vehicles never had LEDS which were good for the life of the car . I always found headlight DRL’s annoying as heck . If they were just the parking lights it was fine .

I know on GM the DRL’s were the headlights and they supposedly ran at about 60% during the day and then full power once the light sensor dictated it was dark enough to turn them on 100% .

The low beam bulbs were wired in series for DRLs to get the low light and in parallel for night time bright running.

Here’s the schematic for Trailblazer that I have- 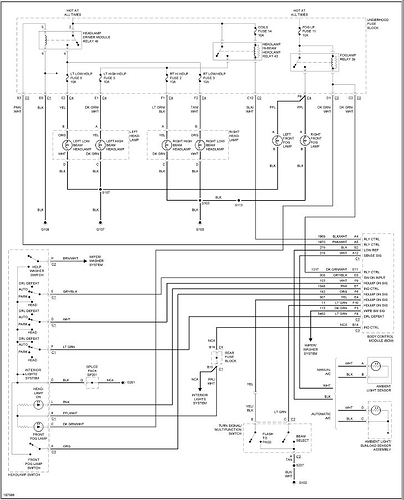