That last line… What was that film called? Blood on the Highway or something.

The trouble with that tactic is that high school kids all think they’re invincible and will never die. And then they egg each other on into laughing at the gore rather than thinking about how driving a car can cause it for real. I didn’t see that tactic as all that effective.

I hit 6’ when I was 12 and drove very carefully because I was not old enough for a license so I never got pulled over. K lives in a rural community with no local police so neither the State Police or County Sheriffs knew me by sight.

Once I turned 16 all bets were off, my learners permit got suspended.

If this isn’t the one it’s at least along the same lines. I went through a private driving school that didn’t show such a film. The majority of the time was spent in one on one driving lessons. 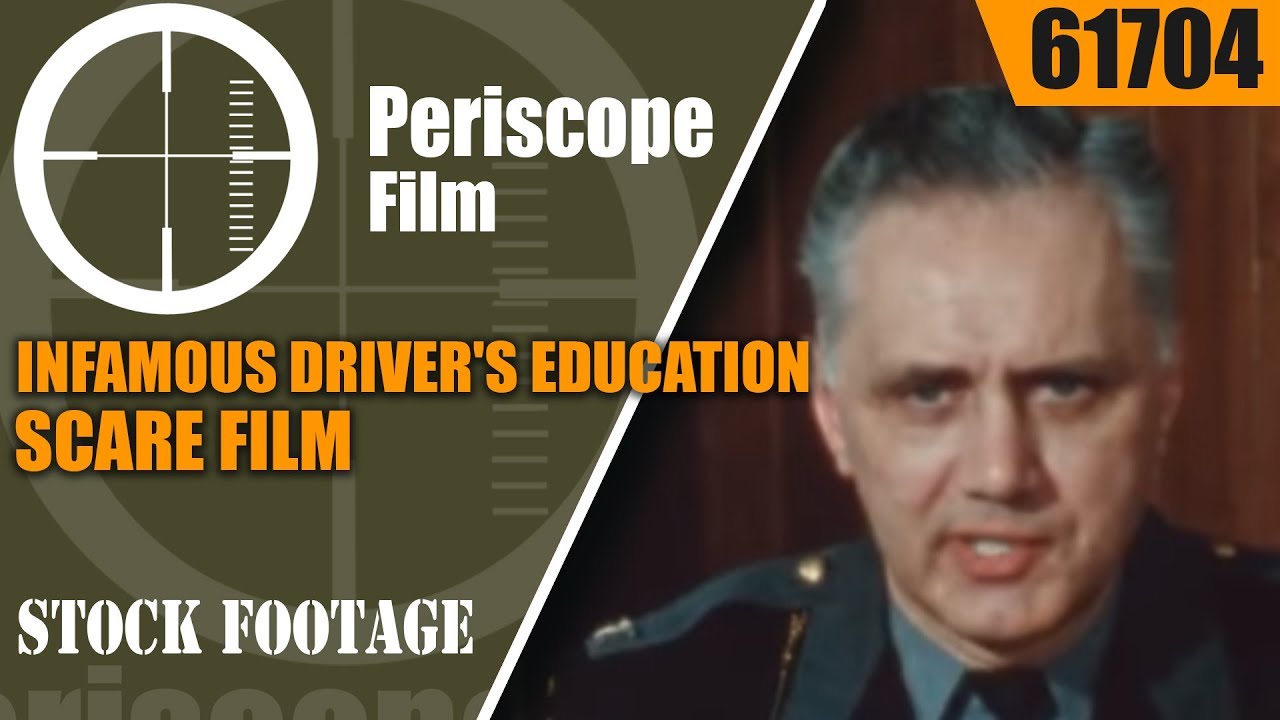 I remember having to take driver education back in 1957 so that the family insurance rates would be lowered. My dad had taught me how to drive. Our car, a 1954 Buick had a three speed manual column shift transmission. My dad had me shift into high gear as soon as the engine wouldn’t labor. This meant on flat ground that it was o.k. to skip 2nd gear. The driver education instructor said that was wrong–2nd gear shouldn’t be skipped. Also, on a flat street, the Buick had enough torque that I often started in 2nd gear. The driver training car was a 1957 Chevrolet 6 with a manual transmission. The engine didn’t have enough torque to start in 2nd without slipping the clutch. Another truck I learned that wasn’t taught in driver training was to double clutch to downshift into first gear. First gear was not synchronized back then, so if one needed to shift into first climbing a steep grade, this was the only way to do it.

I remember having to take driver education back in 1957 so that the family insurance rates would be lowered.

When I got my license at 16 in NYS - with Drivers-ed I could drive at night. Without drivers end I could only drive at night if it was driving to or from a school event.

My 3 kids went to private high -schools so I had to pay for the drivers-ed. Well worth it. 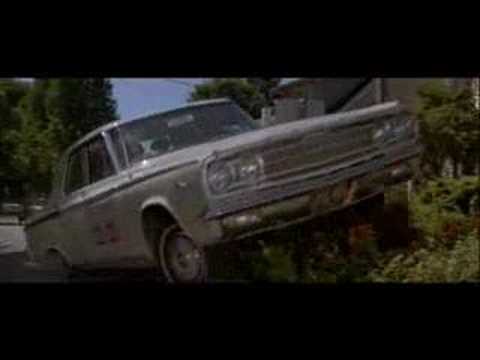 When I was in high school, we had ONE driver ed car for a student enrollment of of about 3,000. Even if you count only the students who were age-eligible for a Learner’s Permit, the availability of just one car meant that only a very small handful of students actually got Behind-The-Wheel driver training, and I was one of the ones who never even sat in that car. And yet, the high school certified to both the state DMV and my father’s insurance company that I had taken–and passed–Behind-The-Wheel Driver Ed.

We did have the usual classroom-based theory sessions, including the gory crash films, but my father used to take me out on Sunday mornings–when the roads were essentially empty–for my only Behind-The-Wheel training. I guess that he was a good instructor because, with the exception of a couple of minor bone-headed fender benders when I was in my teens, I have driven since 1970 without any accidents.

Fast forward to sometime in the '80s. As a high school counselor, I was enrolling a transfer student who asked me if I could make sure that she got “Under The Wheel” training.

Without skipping a beat, I told her that we had discontinued that type of training after a few students were crushed to death, but that I would make sure that she got something better. Of course, I enrolled her in Behind-The-Wheel Driver Ed.

I took drivers ed in high school in 1966. Our cars were supplied by a local Oldsmobile dealership.
So we had brand new Olds; Cutlass, Delta 88, and a Toronado. We had them for X number of days or miles then they were turned back in. The dealership then sold them as ‘program’ cars at a discount, and probably a tax deduction. I don’t know if the school board paid anything for the use, we were charged for the course. As I remember a very low fee.

The dealership then sold them as ‘program’ cars at a discount, and probably a tax deduction. I don’t know if the school board paid anything for the use

At my high school, we had one plain-vanilla '62 Chevy sedan, and even though I never got to sit in it for driver training, the following year when my father was car-shopping, we took it for a test drive when the dealership was selling it as a used car.

We were used to Plymouths, and my father’s immediate reaction while driving it was to ask the salesman “Why is this car constantly floating up and down?” Before the salesman could respond, I said, “Oh, that’s Chevrolet’s Jet Smooth Ride, Dad”.

The salesman glared at me, my father decided that he couldn’t tolerate the marshmallow suspension and lousy handing of the Chevy, and we wound up with a new '63 Plymouth.

I remember having to take driver education back in 1957 so that the family insurance rates would be lowered.

I get a significant discount from GEICO for taking a driving safety course every 3 years. It may be for old people only.

@RandomTroll This driving safety course for an insurance discount for old people won’t help me, as I am only 79.

It’s for folks 55+ with Pemco as long as you take an approved defensive driving course.

I taught 3 boys to drive in a Korean War surplus Jeep driving along power line right of ways and getting into a real car for drivers ed was a ‘piece of cake’ for them so to speak. My daughter was a late in life surprise and the Jeep was gone and in drivers ed the instructor never let her drive after her first short effort because she was too nervous. My best success with her came from turning her loose behind my shop driving alone on a 1/4 mile private drive in a 5 speed S-10. It cost me a clutch but after 2 weeks I let her drive me home in that truck and drivers ed noted how proficient she had become took her off the roster of those needing on the road training.

Anyways, it was a gasoline-powered model. 4 door, power nothing. Come to think of it, I’m pretty sure it had an automatic, which ensured acceleration was “less than impressive” to be polite

I know those were small cars and didn’t have strong engines, but they were adequate for somebody just going to/from work

It wasn’t really okay when there were 1 driving instructor and 3 teenage guys all jammed in there. At that point, it became woefully underpowered

The school had a contract with a local driving school, and it must have been a one-man operation, because there was only 1 car and 1 instructor.

I seem to remember that you had to take driver’s ed to graduate high school, but don’t quote me on that. In any case, each student had several hours of classroom instruction . . . led by one of the school’s teachers, not the driving school instructor . . . and just a few hours of behind the wheel training. Come to think of it, it might have just been 1 outing, which only lasted a few hours.

Like many of the other regulars, my dad spent a lot of time driving with me in his spare time. Every weekend we would spend many hours driving, in literally ALL conditions. Day, night, sunny, overcast, rain, snow, ice, city, country lanes, etc.

After I got my learner’s permit, my dad practiced driving with me for a full year before I took the driving test. By that time, I was ready, and I passed the driving test with flying colors

I get a significant discount from GEICO for taking a driving safety course every 3 years. It may be for old people only.

My mom took one of those last year, and easily passed. I wasn’t present, but she said it wasn’t a big deal.

My parents knew how badly I wanted to drive so paid for instruction by the local AAA. I took the classroom sessions before my 16th birthday but was never shown any “Blood on the Highway” gore films. The Thursday I turned 16, Dad took me to get my learner’s permit. I passed, of course. I drove that weekend about 8 hours with Dad. On Monday, the driving portion of the class came each morning for 5 days the week following my birthday. 2 1/2 weeks after I turned 16 (my state’s minimum driving age) I passed my driving test and drove to school that same morning.

If I’d taken it in school, it would have taken 4 months and I would have missed the opportunity to get a job delivering prescriptions for a pharmacy.

21 years later, I tried to teach my 62 year old Mother to drive after Dad passed. THAT is a whole 'nother story!

21 years later, I tried to teach my 62 year old Mother to drive after Dad passed. THAT is a whole 'nother story!

Never try to teach your parents how to do anything. I learned that lesson 20 years ago when Mom wanted me to teach her HTML.

I got my permit at 16 in and then license 9 months later when I lived in NY. At the time you couldn’t get a license unless you had a permit for 6 months.

NH is really different. We don’t have a permit system. You can start driving at 15.5 with a licensed adult over 21. Then when you think you’re ready you take the written test. Most states give this test to get a permit. When you pass the written test then you can take the driving test. Kinda backwards

Yes, that is a bit backwards. I think Ohio wanted the new driver to know the laws, even if their parents did not, before they drove. Made sense to me.

The other stupid thing about NH…because we don’t have a permit system my kids could only drive in NH. We’re a border town. Our house is less then a mile from MA. All 3 kids went to private high-schools in MA.