My wife drives a 1999 Maxima and we are planning to replace it. Thus, we attended the Dallas auto show to look at the possibilities. Driver visibility is one of her most important criteria, unfortunately all the cars/SUVs did not have as good of visibility as the old Maxima. Did we miss something? Thanks, Jim Johnson, Dallas

Probably not. What I have noticed about today’s cars is that they are shaped to reduce wind resistance and this shape seems to lead to a sloping rear roof line which doesn’t lead to good rear visibility. When I was first observing cars as a kid in the late 1940s, I thought the fastback styling was really cool. It wasn’t until I bought myvm first car in 1961, a 1947 Pontiac Streamliner that I realized what poor visibility this sloping roof line offered. .
I don’t know what excuse there is for a SUV to have poor visibility.

Things are much worse now than 10 years ago. Even Honda has made a major step backwards, the new Accord is a major disappointment as far as view to the rear.

One current SUV that’s not too bad is the Subaru Forester.

Did we miss something?

I don’t think you are. Rollover crush resistance, side impact resistance, aerodynamics, and even the ability of the structure to absorb and to reroute crash forces have all combined to negatively impact driver visibility. And the mandates driving these changes get stricter every few years.

The bright side is that you wife will be much better protected in the event of an accident, and your mileage will be a bit higher. The downside… well, you’ve discovered that already.

Does she put her seat at the correct height, aim the side view mirrors correctly, and check her blind spot before changing lanes? I guess I have to point out that everyone else seems to be driving these cars around without major problems.

It does sound like you should make sure that your next car has blind-spot and rear-cross-traffic monitors, though.

Silly me , I thought that mirrors were for that purpose and so many vehicles now have backup cameras and parking sensors I find backing up easier.

Silly me , I thought that mirrors were for that purpose and so many vehicles now have backup cameras and parking sensors I find backing up easier.

Yeah, silly you. The OP never said a word about backing up being the problem.
Many short people have difficulty with visibility in modern cars. We’ve had this complaint before.

Visibility was a key consideration for a person I recently shopped with. Crossovers rule here, unless you move to a truck. Vehicles like the Ford F-150 and Toyota Highlander now cut away the bottom front of the side window, helping with view to the front/side. In general, crossovers are the best based on my testing of all sorts of vehicles. Texases, is right, the Forester seems to have the best overall visibility of any vehicle I can think of and was a reason I bought it. Familiarity is one reason that you and your wife may feel the visibility is not as good. I’d suggest a few test drives. Car shows are a great way to get ideas, but driving is the real test to see how you like a vehicle. One of th emany advantages of a crossover or SUV compared to a sedan is the ride height. You can see over cars, or through the glass of trucks and crossovers in many cases, such as when you are at a two-lane road and trying to turn left and a vehicle is waiting beside you.

Why do you need unobstructed visibility to the rear if you aren’t backing up? You’re supposed to be looking where the car is going.

As long as I can see when someone is running up on me fast through the rear window, I’m happy. The backup camera gives me a better view than I ever had in even the best rear-visibility cars.

I don’t think you are. Rollover crush resistance, side impact resistance, aerodynamics, and even the ability of the structure to absorb and to reroute crash forces have all combined to negatively impact driver visibility. And the mandates driving these changes get stricter every few years.

I disagree 100%, it is style that causes the poor visibility, with the “raising belt line” being the prime offender. The Subaru Forester is an example that has better visibility, though a long way from excellent.

I’m sure the designers and engineers could meet the safety specs and still increase window area, if they could drop this silly “raising belt line” dictum.

I had a minor accident a year ago in a Forester due to limited side visibility, and my own stupidity. Coming out of a gas pump area, I made a sharp turn, hitting a barrier that was not visible to me.

I’ll pick D, all of the above.
I recall some years back considering a new Corolla. I ruled it out almost immediately due to the (relatively) massive A pillar that obstructed operator view. Strangely enough, the same year Camry didn’t have as large an A pillar and was tolerable to me so I bought it. If I have to look like someone suffering from a seizure to get a clear look around, then that car is not for me…

Haven’t really investigated but in casual observation it appears the Mini Cooper and Fiat 500 still have decent visibility.

These pics shows to what amount design plays. From okay to insane to - actually - real good visibility. 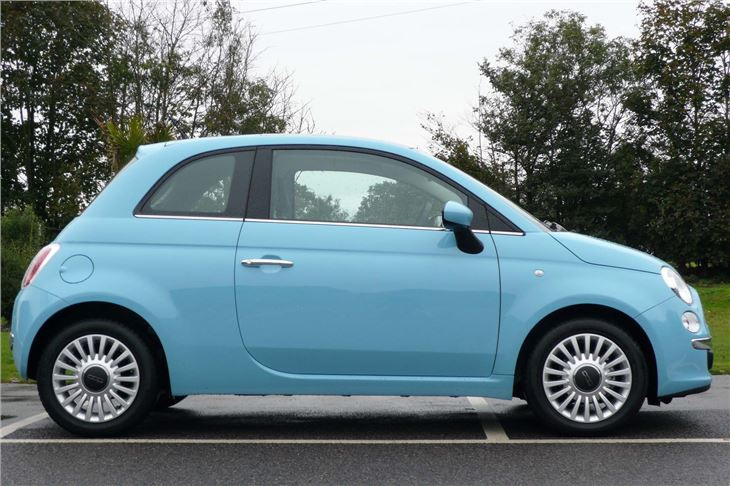 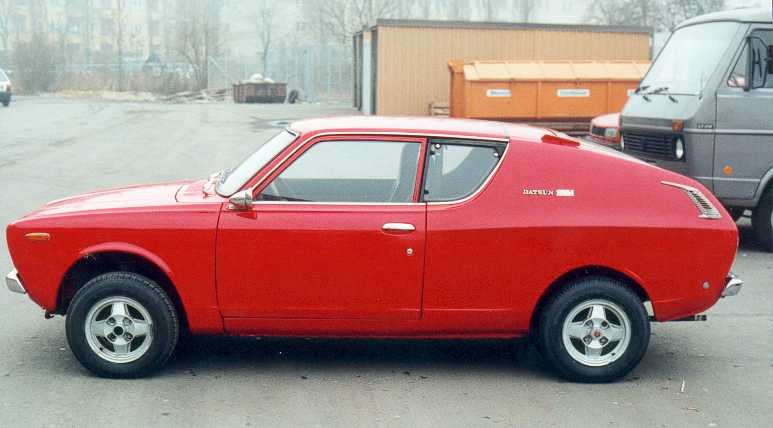 For insane rear visibility, the undisputed king is surely Lamborghini.

This is how you reverse in a Countach: 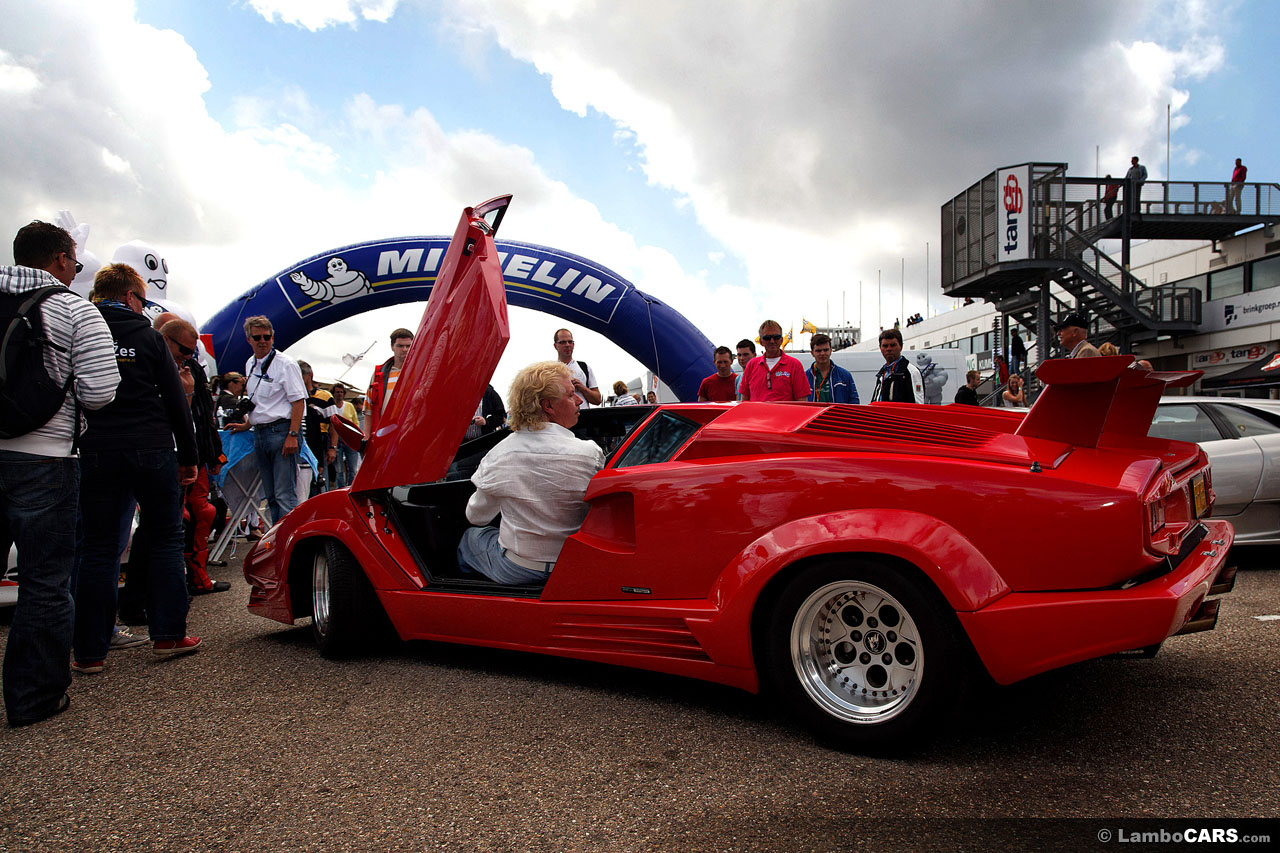 The rear window is too small to see out of, and you can’t even stick your head out the window because the part of the window that opens is a tiny little slot just big enough to stick your hand through to pay tolls.

Here’s Car and Drivers very complete analysis of the new Accord’s visibility, compared to other cars, including the prior Accord: 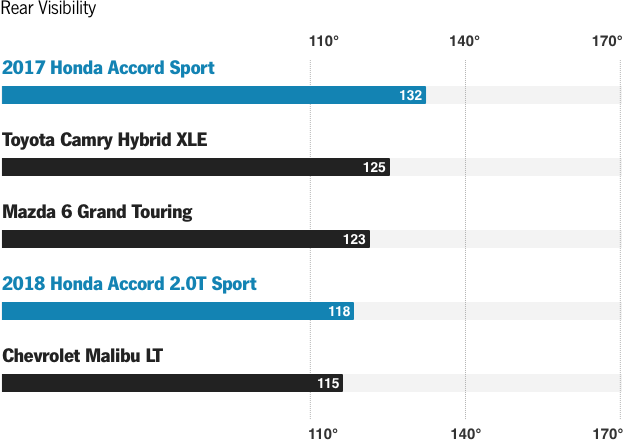 And this is the feet of roadway obscured, front and rear: 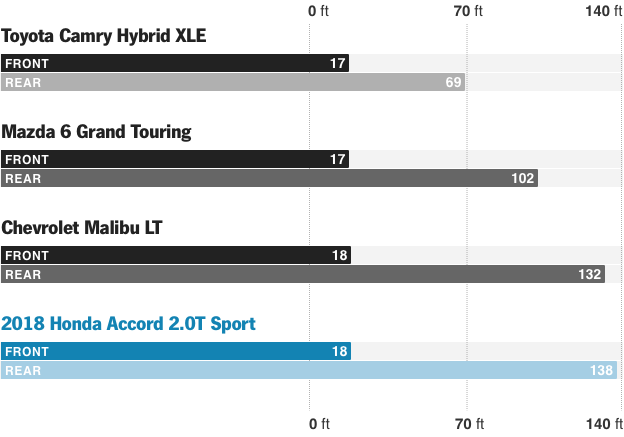 For insane rear visibility, the undisputed king is surely Lamborghini.

LOL, I absolutely agree.
However, this Lotus Europa from the late '60s-early '70s shows that rear visibility was always terrible on some cars. For the record, the highest point of the roof on the Europa was the same height as my beltbuckle… and I’m short!

You didn’t miss anything. None of them have good visibility now. Try turning around to look behind you with those head rests and bucket seats. Near impossible. But they make up for it with electronics such as the rear camera and side view warnings.

For best visibility get a convertible and always drive with the top down.

I know people really like the Europa but… I’m sorry, the thing is ugly.

I’m sorry, the thing is ugly.

LOL, it’s purely a matter of taste. The first time I saw one, in the very early '70s, I thought it was very cool looking. But, than, I’ve always liked British sports cars. Unfortunately, I can’t get in them anymore.