Does this reveal anything about Ford's plans for future vehicles?

It isn’t unusual for a car manufacturer to buy a sample of a competitor’s product, just to get some insight on its design and assembly.
However, paying $55,000 over the sticker price is just a bit unusual, especially when the vehicle in question–a new Tesla Model X–doesn’t really compete with anything that Ford currently makes. Could this provide a hint regarding Ford’s plans for the future? 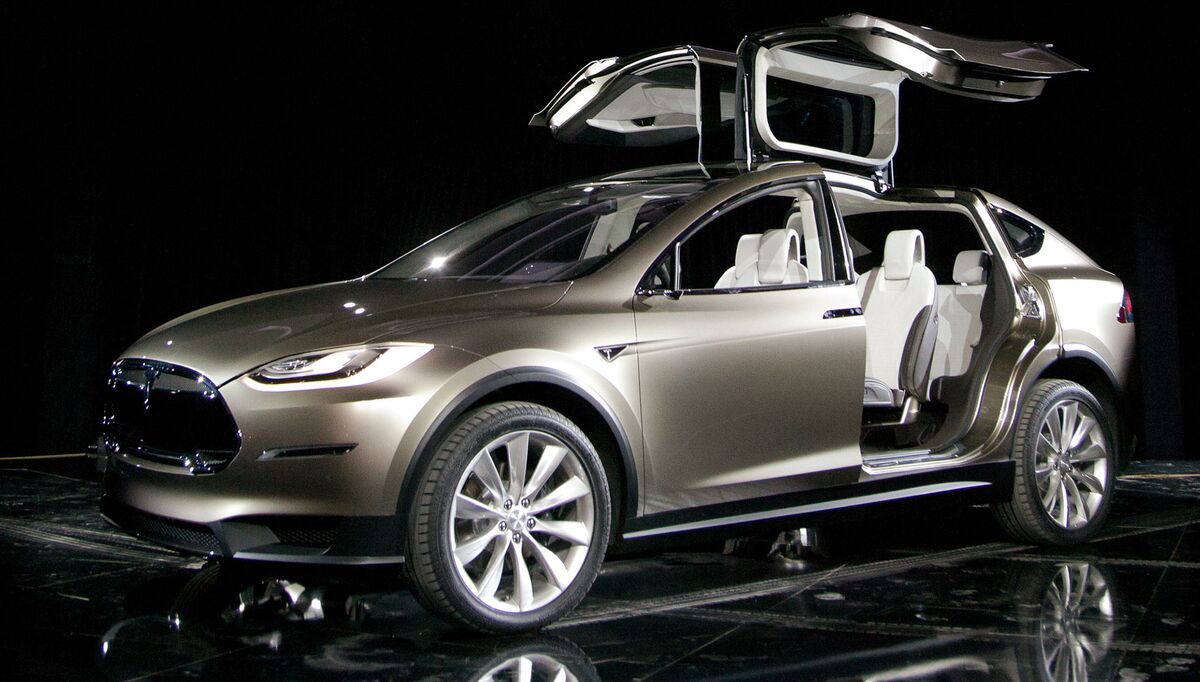 Ford Motor Co. paid $199,950 -- $55,000 more than the sticker price -- to buy one of the first sport utility vehicles made by Tesla Motors Inc. so it could test and examine the electric SUV.

Incidentally, I saw (briefly) a Model X last week as it headed in the opposite direction on the county road near me. I have to say that it looks nothing at all like any other SUV on the road, but I am also wondering who–in my neck of the woods–managed to get his/her hands on one of these vehicles when there are most likely only 100 or so of them on the road, in total. I think that it might have been driven by a Tesla employee, but that is just a guess.

Nothing out of the ordinary. Automakers routinely buy and inspect/dissect other company’s vehicles. It’s been going on forever.

Not sure how true it is but I was told by a Toyota dealer years ago that Toyota bought a Ford Crown Victoria and used it as a guide for the Cressida four door sedan.

“Nothing out of the ordinary. Automakers routinely buy and inspect/dissect other company’s vehicles. It’s been going on forever.”

Absolutely! That’s why I stated:
“It isn’t unusual for a car manufacturer to buy a sample of a competitor’s product, just to get some insight on its design and assembly.”

What is at least a bit unusual is to pay that much over the sticker price for a vehicle that is not directly competitive with anything that Ford manufactures.

Many years ago, in the 60s, author Arthur Healy wrote a book called Wheels, later made into a TV series.

He spent a lot of time on how foreign manufacturers needed to buy US cars to get an idea what sold and some construction techniques. He also went on how US manufacturers bough VW beetles to se why they were so well built.

Early Japanese styling was rather grotesque; with the 70s Toyota Crown they figured if a little Baroque was good then a lot would be really good. Something like the Russians copying the mid 50s Packards, and calling it a Zil limousine.

The Japanese and Koreans finally learned that you don’t copy styling; you have to be original.

Yeah, OT, I read all those books. He had one for a few occupations.

Aside from perhaps having competing skunk works projects in process another reason they might be so interested is if they think they may be violating some IP Ford owns. Good way to slow the competition down until their own offerings get closer to fruition…or just a good revenue stream if they can leverage it…

The money they spent buying the car is peanuts compared to what they will send in engineering labor hours examining it. Any new car hot in the market sells for over sticker. Ford isn’t willing to wait until the price drops.

There is a ton of stuff on this car to evaluate that is relevant to Ford. Electric drivetrain and batteries directly relate to hybrid drive systems. The instrument panel with its huge display and telematics features are of great interest to any car company. Then these is suspension, body fit, interior quality and features, the buggy falcon doors and sensor set. Most every piece. Don’t read more into Ford’s plans just because they bought it.

All car makers do this, Ford just got caught.

Of course it is a clue to what Ford plans in future models. They will have to pay a lot in penalties if they don’t meet the CAFE requirements. Couple that with the US public’s fascination with SUVs, and they pretty much have to come up with all-electric vehicles.

It isn't unusual for a car manufacturer to buy a sample of a competitor's product, just to get some insight on its design and assembly.

No experience with car manufacturers, but that wouldn’t be considered unusual for a tech product. Sometimes the competitor won’t sell you one though, for any price.

This is nothing new. Anybody in the business of making things will evaluate competitors’ products for ideas about anything especially cost reductions. Newly issued patents must be monitored as well but not all good ideas are patented so as to keep them secret. Ford was not “caught” doing this. They and other vehicle makers would be negligent if they did not buy a Tesla. Tesla is a new company and one of their cars might be a fertile field of fresh approaches to doing things as well as errors due to lack of experience with making cars.