Cross Country in an EV

One year ago or so I drove from Missouri to California. I stopped to get gas, grab a bite and use the restroom occassionally. That took aprox 15-20 minutes. I did a search to ask how long it takes to recharge an EV. The answer online said about 8 hours. So if I did that same trip in an EV I would be stuck recharging for 5-8 hours??? Are EV only really meant for driving to and from work? And people would need to have 2 cars…???

Yes now you are getting the idea. Some would say it is a project to limit mobility of the governed. My grandkids are 800 miles away. I can do that in one day. Florida is 1600 miles that we do in two and a half. Bring a sleeping bag if you can find a working charger.

It depends on the EV, how low the battery is, and what kind of charger is available.

While I think EVs have a lot of promise for shorter, local trips…Personally, I wouldn’t try to drive cross country in an EV at this time. The technology just isn’t there yet, comparable to gas powered cars.

These “stories” of being stuck for 5-8 hours waiting on a battery to recharge are just scare tactics. You can certainly plan around the time, mapping out charging stations and that sort of thing. But if you don’t want to fool with all that…drive your gas powered car. Nobody is forcing an EV on anyone.

I would say that most people travelling from Missouri to California would probably fly. Im travelling from new jersey to north carolina tomorrow, which is probably shorter than the trip you took, and neither my wife or I would think of driving. 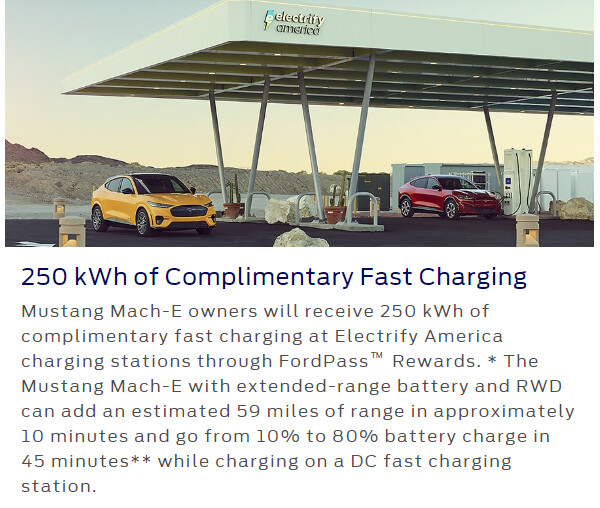 These “stories” of being stuck for 5-8 hours waiting on a battery to recharge are just scare tactics. You can certainly plan around the time, mapping our charging stations and that sort of thing.

+1
With many, perhaps most, EVs, a fast commercial charger can bring the batteries to ~ an 80% charge w/in 20 minutes, as long as they weren’t severely discharged.

And, most EVs come with embedded software for the video screen showing the location of charging stations, so that someone can plan properly. If someone’s EV doesn’t have that embedded software, there are several smartphone apps that do the same thing.

If you can use a level 3 charger in your EV, it will charge to 80% in about 20 to 30 minutes. In a lot of EVs that means going 200 to 300 miles then recharging. If you average 60 mph, that’s about 3.5 to 5 hours of travel before recharge. Compare this to a big SUV that averages 20 mpg on the highway an has a 25 gallon gas tank. That means the SUV can go safely about 450 miles before a 10 to 15 minute refill. Yes, an EV trip will take longer than a trip in an ICE vehicle. EVs may not be the right choice for a long trip unless time is not an issue.

Are EV only really meant for driving to and from work? And people would need to have 2 cars…???

On a practical basis, yes, EV’s are designed for local driving, work, school, shopping, errands and the like. Not for cross country trips. For that you’d either use your other gasoline/diesel car, or you’d rent a car. I’ve pretty much always rented a car w/unlimited miles plan for long cross country trip, unrelated to EVs Why put all those miles on your own car? Whether an EV makes sense for you? Start by figuring out what % of your driving is entirely local.

Depends on how full of a charge you want. I can do a 100% charge on my car in about 8 hours going from 70-80 to 270 miles(25%-100%). However, charging from 30% to 80% is going to be faster than charging from 80% to 100%, similar to home electronics.
For awhile now we’ve been saying current vehicles are little more than computers on wheels, which is true. Treat charging an EV like you would charge your cell phone and you’ll be good to go- not too many people I know routinely let their phones drop below 10-20% before they put it on the charger.

Nobody is forcing an EV on anyone.

Well you haven’t been paying attention because this is exactly what is being forced. Not allowing ICE sales by 2030 in California which also means Minnesota, Virginia and likely others. And the former South Bend mayor indicating he wants it nation-wide? Of course it is to force people into electrics instead of ICE.

Reminds me of the old Elvis song “Fools rush in where wise men fear to tread”. Rather than allow natural development and market conditions, we call it a transition without much study. I have no problem with people buying what they want but it should not be forced.

There are many things to consider including the environmental cost of mining the minerals required that may not even be possible on a large scale. The cost of charging depending on the power source of the electricity. And wind mills and photo cells are not free or cheap or even the cheapest form of producing power. They are not made in the US, do not last forever, have on-going maintenance costs, and disposal of the old equipment could be a problem. Each wind mill has hundreds of gallons of oil in them also. So lets just open our eyes and dispense with all the narrative, wherever it is coming from. Not to mention it would be turning over much of the power grid and transportation to our communist friends in China. 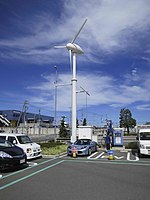 Batteries are charged with DC power. To charge from the AC power supplied by the electrical grid, EVs have a small AC-to-DC converter built into the vehicle. The charging cable supplies AC power from the wall, and the vehicle converts this power to DC internally and charges its battery. The built-in converters on most EVs typically support charging speeds up to 6–7 kW, sufficient for overnight charging. This is known as "AC charging". To facilitate rapid recharging of EVs, much higher power (50–1...

You named off 3 states that MAY pass laws mandating no new ICE cars be sold.

That leaves 47 other states. My state hasn’t said a word about stopping ICE car sales.

Just because CA may stop ICE sales in 2030 doesn’t mean all the existing ICE cars will vanish overnight. You’ll still be able to buy used ones or hold onto your existing gas car as long as you like.

I am paying attention, friend. The winds of change are coming.

In Minnesota the way it happened with a demo gov and pollution control agency, the agency wrote a rule that required Minnesota to follow California. Same thing happened in Virginia and no one knows how many other states. In the dark of night.

It is being challenged in court on several grounds, one of which is no other state can dictate Minnesota law. However in these days we also have a new questionable Supreme Court.

This is how stuff is happening now so you have to watch the smoke for the fire that might be there.

Level 2 charging station availability gets better every day, but in 2022 and for the next several years, if you want to take interstate trips in an EV, Tesla is the only viable choice. The thing is, I have not driven more than 200 miles one way in the past 20 years, so lots of EVs would serve my purposes.

Well you haven’t been paying attention because this is exactly what is being forced. Not allowing ICE sales by 2030 in California which also means Minnesota, Virginia and likely others.

The target date for California is 2035, plug-in hybrids will be available for purchase. Politicians will have time to reconsider the timeline as they did in the early 2000’s with EV requirements.

This applies to those who want a new car every few years, since cars last 20 years there will be plenty gasoline vehicles in the year 2055. Where will you be in 2055? 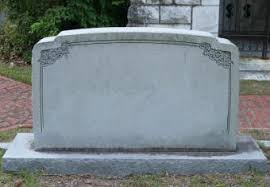 Or really close to it.

not too many people I know routinely let their phones drop below 10-20% before they put it on the charger.

If they do, they will likely get less life from the phone’s battery. I try to never let it run down to less than 40-something %, and I recharge it to 80-85%. An electrical engineer whom I know told me that consistently recharging to 100% shortens the battery’s life, but I don’t know whether that is valid, or not.

For those that trade their phone/car in every year or two, or three, it won’t really matter. Heck, I had an iPhone 5 for the longest time but finally traded it in for an X(newest at the time) when Apple said they’d stop supporting the phone. That and the battery was getting to the point it wasn’t holding a charge very reliably.

But, the point of my analogy was that if one treats an EV like their phone, they’ll never have to worry about running out of charge

consistently recharging to 100% shortens the battery’s life, but I don’t know whether that is valid, or not.

Just for reference… my last 2 phones got charged to 100% regularly and lasted about 5 years with no battery changes. At 5 years they essentially are obsolete… lack of memory ect.

Not saying the 80% is wrong… I would follow that if I had a battery car as I’d like its battery to last 10 years plus!

I left a couple of home devices like a phone and a room monitor continuously plugged in and both of their LiON packs puffed up like pillows enough to distort their enclosures and appear on the verge of explosively outgassing. That was fun to discover…