while the price difference is HUGE and the mercedes has 112 more HP, could the corvette be ANY match for the mclaren in terms of a speed race?

reasons why yes or no?

Look up the Top Gear power laps ranking. They were surprisingly close.

But power isn’t everything. Pretty much the only aspect where the Corvette comes even close to competing with the various six-digit priced supercars is raw horse power and straight line acceleration. The handling, though good for a car you or I might drive (especially me), is nowhere near what it is on a typical high-end super-car. Also, someone who’s buying the Mercedes is not doing it for purely performance reasons-- the Mercedes drives, feels and looks like a very high end luxury car whereas, performance aside, the Corvette really doesn’t feel all that different from any old car you’d buy off the lot.

For the price, The Corvette Z06 is a far better deal. You could literally buy 7 or 8 Z06’s for the price of one McLaren. The McLaren is a faster car. It accelerates faster in all aspects. The MB weighs almost 4000 lbs. though, about 650 more than the Vette. On a very tight course the Vette may be a little faster since it weighs less and has stabilty/traction control that can be turned all the way off ( With the Benz you can’t turn it completely off). Stock Vs. stock the McLaren wins. But if you were to invest another $70k into a stock Z06 it, you’ll end with a car that could eat the Benz alive. And still have enough left over to buy a house.

The '09 Corvette ZR1:
With its 638 horsepower LS9 supercharged V8, ZR1 is capable of 205 mph on the test track 6.2 Liter V8 with Eaton TVS Supercharger and intercooler produces 604 lb.-ft of torque

Anyone who is seriously in the market for a Mercedes McLaren won’t even look at a Corvette.

While I’m sure there are people who worry about these things, cars like this barely register on my automotive radar.

Half a million for a CAR? Get serious!

Oh c’mon, half a million for a car doesn’t seem too bad when you realize a Bugatti Veyron is up around 2 million

Have any of you guys actually driven these two cars? Clearly you’re all in a different socioeconomic group than I.

While I suspect the McLaren is far more car overall, it’s just a guess on my part. Only world class professional race drivers…and Jay Leno… will ever really know the difference.

It’s nice to dream, as long as you don’t confuse it with reality.

While I suspect the McLaren is far more car overall,

It’s nice to dream, as long as you don’t confuse it with reality.

Save that line for the next idiot who posts about the Water to Hydrogen fuel systems.

I saw that show. That wasn’t a McLaren, but it sure outcornered the cop car. A McLaren is low, wide, 2-door, and really set up for extremely high performance. It’s an unmistakeable look, fast and furious.

Can you imagine a police chief standing up on front of a town meeting requesting a budget line item for something that fast? People would laugh so hard they’d fall of their chairs and hurt themselves!

Nearly a half-million bucks? That’s 1,125 pounds of one dollar bills. I can think of a lot of cool and fun toys that I could own it I had that much money to burn. 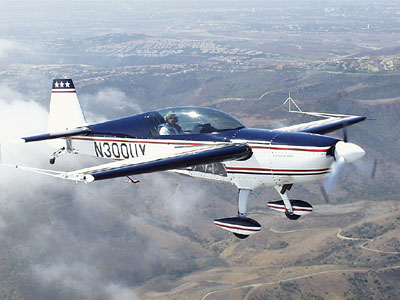 The Corvette is a fine automobile, and a lot of bang for the buck, but… I saw three of them on the way to work today.

The SLR should be exclusive at over $450k, but it all depends on what you want.
As stated in a prior post, the SLR buyer probably never considered the Vette. No knock at all on the Vette, just not the same market.

As far as the police cruiser and the Benz, there are very few modern Benz’s that wouldn’t have a higher top end (some substantially higher) than a Ford Crown Vic’s 129 mph. A lot of it’s in the driver. Cops are just much better drivers than most of the general public. Especially the ones driving stolen cars.

Now, for a rather lengthy video of the Corvette v. McLaren SLR (and other assorted fast cars)