Hey everyone, well, my catalytic converter has been cut off. I started my 2006 Hyundai Tucson, and it sounded like a bomb went off. I don’t know much about the anatomy of an exhaust system, so can anyone explain what I’m seeing in the pictures I have attached? One picture shows where the thief cut toward the rear of the vehicle. Another picture shows the cut toward the front. I’ve also included a picture that shows the entire missing unit. I’m seeing on YouTube that oxygen sensors connect near the cat? Is that missing as well? Any help is appreciated. I’m sure those of you who have had yours stolen understand the frustration. I’m staying positive and looking at this as a learning opportunity 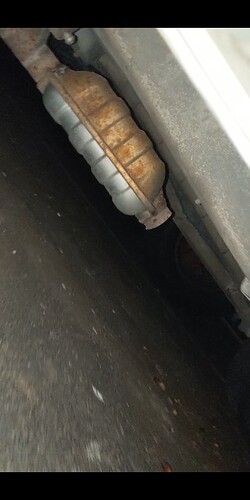 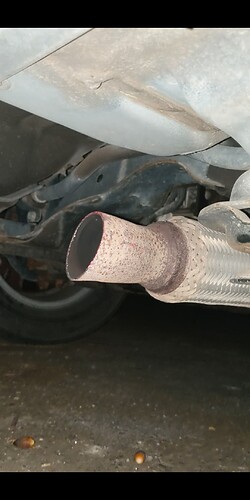 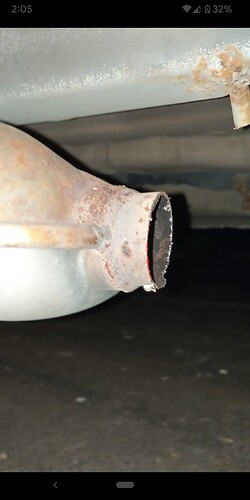 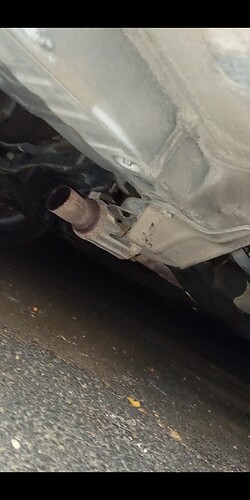 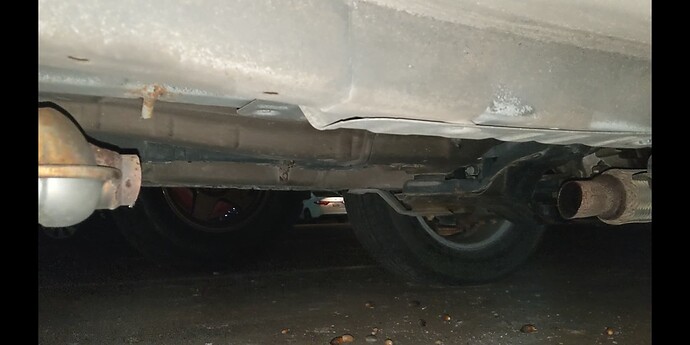 I know this is frustrating and maddening, but the only things to do now are:

As above, go to a non-chain exhaust shop or independent shop that does exhaust work.
I suggest getting the estimate first, it might be lower than the deductible on your insurance.

I think folks with stolen cats should get a waiver for installing straight pipe. It’s not your fault.

In the old days they were called test pipes. Maybe in the future new cars will come with spare cats in the trunk like an extra set of keys.

If you’re a renter and this happened in your apartment’s assigned parking spot . . . make sure to contact your rental company’s insurance company and have THEM pay for the repair

Maybe in the future new cars will come with spare cats in the trunk like an extra set of keys.

In the future, cars will be electric.

In the future, cars will be electric. 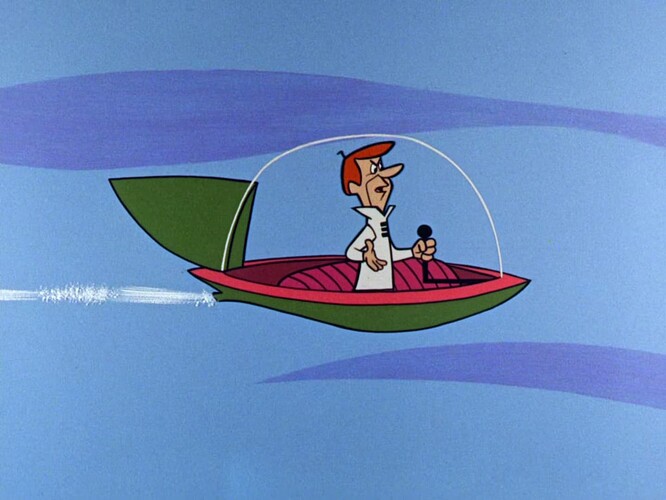 But George’s car still has a tailpipe. What’s that exhaust? Water vapor from the nuclear power generator cooling tower?

Excess energy being released by the flux capacitor.

This sounds ridiculous, but in the first picture toward the rear of the vehicle, that metal “casing/enclosure” looks like a catalytic converter. Can anyone enlighten me to what that component actually is?

That is a resonator, comes with the center exhaust pipe. 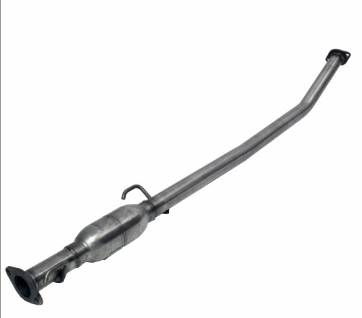 Resonator and muffler and cat. Car should be almost silent when running.

It is part of the intermediate Pipe. not sure of your year but…

I found a sst muffler with stickers on it at junkyard. $15. I bet it was not on car long before the end.

Thanks for the help everyone. I could use one of those flying Jetsons cars right about now

Rarely do cats enjoy car rides, much less if they are in the trunk.

Thanks for the help everyone. I could use one of those flying Jetsons cars right about now

Along the lines of of misery loves company, my neighbor’s Honda had its cat stolen. It seems some vehicles are preferred for cat theft, but not sure why. Could be related to how easy it is to remove. Honda was mini-van and cat easily accessible, no need to jack up car. It would be more difficult on my Corolla. Truck has no cat.

my neighbor’s Honda had its cat stolen. It seems some vehicles are preferred for cat theft, but not sure why

Honda minivans are also hit hard, when it comes to cat theft

I HATE thieves . . . as far as I’m concerned, they are wasting oxygen that could be better used by honest and hard-working people

And let’s be realistic . . . if these thieves are parents, they are setting a TERRIBLE example for their children

If prison population matches thieves in general, 70% did not have a father at home to set them right.

If the thieves have kids of their own, it is likely they are not there for their kids, either.

70% did not have a father at home to set them right.

Heh heh. I don’t know how old I was, the years just kind of merge together, but a kid anyway. I was fishing down by the dam and I found a lighter with the SAC insignia on it and a guys name engraved. I thought what a find. It was all wet so I took it home, put new cotton in it, new flint, and lighter fluid and showed my dad. He said we need to try to get it back to the guy. What? Looked him up, called him, and took it back to him. It had been a keep sake given to him in the strategic air command and emptied his pockets as a reward. I felt kinda low thinking about me keeping it but it was a life lesson. I later ended up working with him at the restaurant.