Cars that Made America

I’ve watched the first 2 episodes of this show on the History channel so far. Really love it. Kind of a docudrama, very similar of the show on the Discovery Channel called “Harley and the Davidsons”.

If you’re into cars you may find this show as enjoyable as I do. 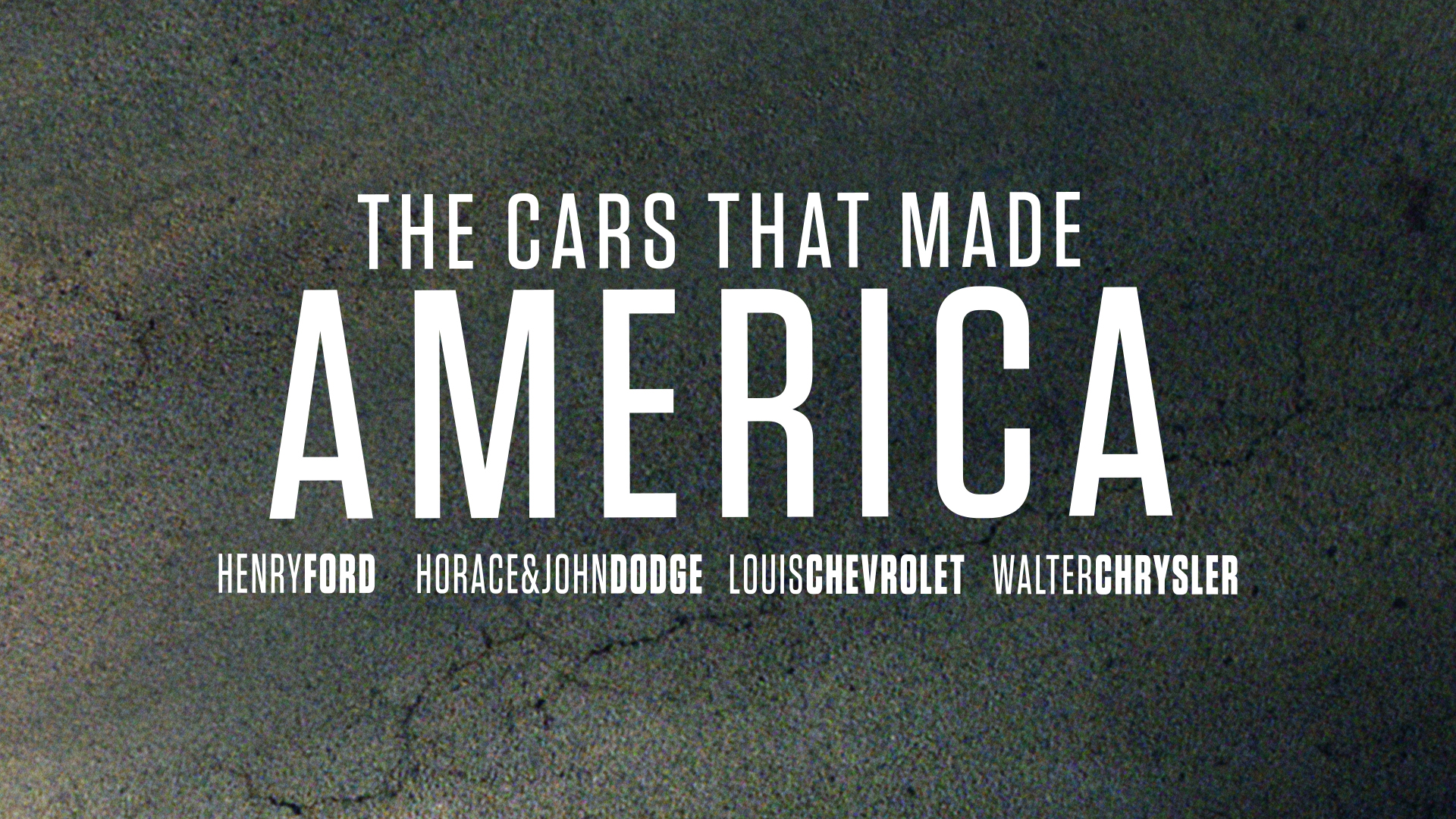 The Cars That Made America Full Episodes, Video & More | HISTORY

So far it has been very interesting and well done. Many times these docudramas merely repeat what has already been produced with a few changes. I’m actually learning new things.

Looks like a cable network or some darn thing. The only thing I get when I get around to turning on the TV is a few over-the air channels.

That’s not run on PBS is it?
CSA

I was able to watch most of the 1str part, very well done and shows a lot of the background, ego’s etc for the early big car makers. If you are ever in the Dearborn MI area, a visit to the Henry Ford Museum is well worth taking 2 days. Tons of car stuff, not just Ford, in one half, and great American history in the other half. You can also take a tour of the F150 plant, awesome.

In a week you might be able to watch it on-line.

In a week you might be able to watch it on-line.

Thanks, Mike. I can’t watch anything online and the only time I’ve ever seen History Channel is at motels.

I love the History Channel for some of it’s shows. But it’s become the American Pickers channel. That show is on ALL THE TIME. And then there’s their shows like Ancient Aliens, or Big Foot hunting. When shows like “Cars that Made America” then I really get excited because that’s exactly what kind of shows should be on the History Channel.

I’m very pleased to have new high quality programing return to the History Channel. Endless American Pickers and Pawn Stars reruns? I will be kind and just call it weak and lazy. I used to refer to it as the Hitler Channel but at least they have significantly reduced the NAZI overload. I hope they continue with “Cars that Made America” quality of programing.

I always liked when they ran Ice Road Truckers. Living in Pennsylvania, it makes me feel quite a bit better about the winters we endure

, plus the history of all of the ice roads is facinating!

I also found the show vwey interesting but I thought it downplayed the importance of the Dodge brothers to Ford.
When Henry Ford wanted financing to start Ford motor company no bank would give him any money because his first two companies went bankrupt. The Dodge brothers already had a large machine shop and foundry supping parts fpr many cars including engines for the curved dash Oldsmobile, America’s first mass produced car, and the first one to use an assembly line. Contrary to what the show said.

The Dodge brothers offered Henry Ford $75, 000 to start his company and pledged between two and three time that to build a new plant and build parts exclusively for Ford.In exchange they got 25 per cent share of Ford Motor By some accounts Dodge made all parts for the model T except the seats. Ford was also making parts but the Dodge factory was larger and had many more employees.

Henry Ford disliked anything about making his cars not being under his control an planned a new huge plant that would let him make everything without Dodge. Dodge had a contract with Ford to supply parts but when the new River Rouge plant got up to speed, suddenly the Dodge parts “no longer met specification”. Lawsuits ensued.

The Dodge’s had seen this coming for a long time and were ready with plans for their own car in 1914.Ford had tried many schemes to drive down the price of his stock so he could buy out the Dodge brothers cheaply and when the stock price dropped, they started buying more. Ford feared if this kept up could lead to the Dodge
s getting control of his company so he stopped manipulating the stock and bought them out at a fair price.

For the rest of his life had a irrational dislike of redheads because of the red haired Dodge boys…He also hated changing anything about “his” car and kept non hydraulic brakes until 1939.

All this and more is from a fascinating book about the history of Dodge that I wish I could remember the name of.

The History, Discovery, and Learning channels have very little programming that matches their names…

Learning channels have very little programming that matches their names…

Especially TLC…their programming is absolutely pathetic. At least History and Discovery try every once in awhile

Just watched the third episode, should have been called “Worshiping at the Alter of Ford”. Full of inaccuracies, anachronisms and omissions. It made it sound like Ford was the first with new postwar styling in 49. They were actually beaten in that regard by Studebaker and Kaiser-Frazer in 47 Hudson and Cadillac in 48. They also raved about the “new” flathead V-8 in the 49 Ford. It was really a minor change from the engine that had been used since 1932 and had no superiority over contemporary 6s.
They had Ed Cole take his boss for a ride to demonstrate why he wanted to beat the Ford flathead by designing a Chevrolet V-8 for the 1955 model year, several years away. The problem is, the car he took his boss for a ride in is shown as a 1955 Mercury.
Ford utself thought so little of it’s flathearV08 that in 1952 when they raced in the Mexican Road Race, they used their OHV straight 6 and told the teams to keep the hoods closed as much as possible so the public wouldn’t find out.

I haven’t seen all of the show yet but what I have seen is excellent. Harley and The Davidsons was also excellent although both suffer from a little historical inaccuracy.
I also noticed that '55 Mercury mentioned by oldtimer_11 and thought WTH?

As for modern styling in the '49 Ford I guess they overlooked the Tucker in '48.

My wife loves that American Pickers show. I’m barely lukewarm on it although some of the old motorcycle episodes and a fairly recent episode involving my daughter are pretty good. There might be some inherent bias on my part involving the daughter show.

I watched the final episode. I thought the show was excellent…but lacking in a few areas. There was almost nothing presented about Rambler/AMC. After Nash and Hudson merged they became the 4th largest car company in the US. They also bought Jeep in the 70’s. Chrysler bought AMC mainly for the Jeep division.

I plan on watching it again to pick up on the stuff I missed. It was very interesting.

I also would have thought they might have mentioned Studebaker or maybe the Tucker.

Got this recorded on my DVR. Can’t wait to watch it!

BTW, there is a new season of Ice Road Truckers starting in a week. Why? Not sure, it was played out a few seasons ago. “Jumped the Shark” so to speak.

BTW, there is a new season of Ice Road Truckers starting in a week. Why? Not sure

I liked the first 1-2 seasons of it. And then I watched it when they went to India.

The Dangerous Roads series was insane! India and then South America. I think they stopped the US version (there is a UK-only version, I think) because the stars wouldn’t go back.

Gee I wonder why? Something like 2-4 people an hour die on road. India has the highest automotive death rate.

I work with several people from India…they’ve told me horror stories of driving there. Boston is tame compared to India.

Same as the US…