I was driving in Austin (so hilly). My car rpm was going nuts and wouldn’t go faster than 40mph or so. I pulled over. It smells burned. The car will turn on Rev but will not move in any gear.

It’s a manual transmission. I checked it this morning still nothing.

Sounds like the clutch is gone. What year is the car and how many miles are on it?

When was the clutch plate last replaced?

Not sure. I haven’t done that.

How long have you owned it?

Since 2011. I’m not aware of all the maintenance done before. But it was taken care of.

Were the master and slave cylinders replaced because it was getting difficult to shift gears?

The pedal was falling to the floor. It wouldn’t shift while the car was moving.

That’s what probably took out the clutch.

When a master cylinder starts leaking internally, and you step on the clutch pedal, the slave cylinder doesn’t completely release the clutch. So the clutch disc slips in between the flywheel and pressure plate. And that’s what damages the clutch.

What’s next then? Replace clutch disc? Does that mean that the slave and master may still be wonky?

At that age, you want a complete clutch kit which consists of a pressure plate, clutch disk, throwout bearing and pilot bearing. You may want to have the flywheel resurfaced too. The master cylinder and slave cylinder are separate and you won’t need too replace them again unless there turns out to be a manufacturing defect in one of them.

The thing that looks like a disc is what you smelt burning. 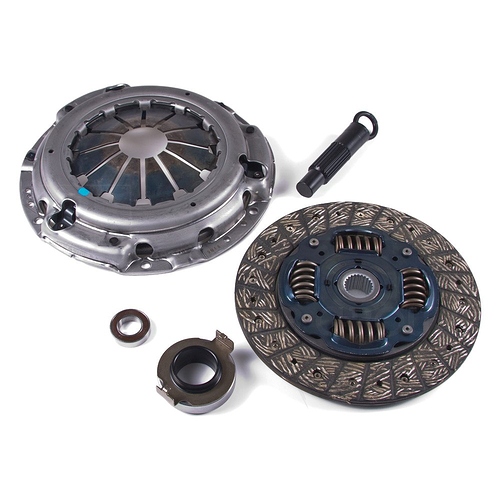 I concur, sounds like the clutch is done for. Clutches don’t last forever, it’s a normal maintenance item, especially in hilly areas like your location. A shop can verify that’s the problem. If that’s what’s needed, usually the whole clutch kit is replaced, not just the disc. That’s b/c the other stuff doesn’t add much to the bill for the parts cost, and much of the expense is hourly, the time required to remove and install the transmission. Best of luck.

It’s decision time. You are looking at a major expense. Get an estimate from a shop you trust, then evaluate if the cost is justified based on the overall condition of the car.