Can't imagine how my car got this big scratch

UFO? Passenger side. Slight dent at the beginning of the pint scrape near windsheild, and the mirror seems to feel like cuts. 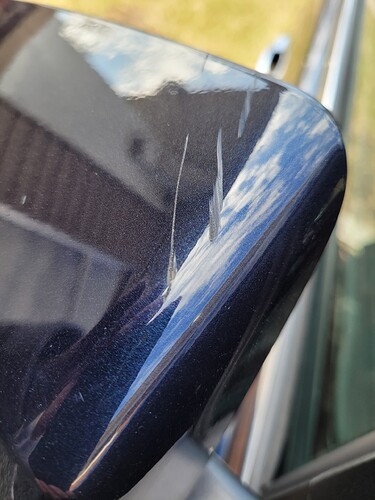 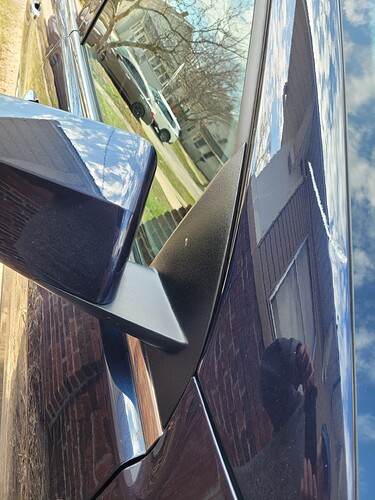 Might be able to polish the scratch if it is just the clear coat scuffed, and paintless for the dent. Never know how. Parking lot, kids, bikes?

I discovered a basketball type dent in my front fender once. No idea where it came from except we were at a family gathering where the kids were playing various games. No scratch though so it was about $150 for the paintless guy to work out good as new.

The scrape on the body is right down to the metal, no buffing that one out!

My guess, occurred in parking lot when you weren’t there. Could be just a parking cart got loose. Bicyclist got too close, etc. Sometimes slow-speed bicyclists don’t watch where they are going as well as they should. Ask me how I know … lol …

A bicyclist is a possibility. though above the mirror and that high on the car seems doubtful. So there is still a bent traffic sign due to me! I was racing a guy in his car and rushing to the red stoplight, to beat him on green. Narrow pass between cars and curb, could not steer as wheel was riding the curb and supermanned into a street sign. Guys in an Armored truck at the light opened the back doors got out and asked if I was OK, luckily just a scrape on my hand, slight bruise on collarbone and pride, but no charges for bending a sign, no police and I rode on just fine. Oh when I was younger and invincible, probably 57 at the time. Thanks for listening!

There was also a cute female involved right? … lol …

No, just an attempt to beat my bud in his car going home from work.

I’ve been watching too many James Bond movies. He never seems to learn those cute lady friends of his almost always work for Spectre

I used to alter my bike route to school just in case she might be on the front porch. Never ran into a sign though but did have other mishaps.

Who did you piss off?