Daughter has a 2009 Cobalt. The blower motor plug/connector at the blower motor is not in the best shape. The plug wires are coming out of the connectors in the plug and wiggling the wires isn’t working any more. I need help with 2 things. 1). How do you get that plug out of the blower motor? I see a blue tab that looks like it should slide, but it isn’t budging and I don’t want to brake it. 2.) Where do I find a replacement pigtail/connector to replace the bad plug? I can’t find the part number anywhere. Thanks in advance for any help provided.

I just searched on eBay for “cobalt blower motor” and the motor, resistor and wire connector all came up and appear to fit all Cobalt models. I would recommend replacing all three components.

I have just come in from figuring out how to remove the plug. As I thought, the wire is loose causing a bad connection, excessive heat, which is melting the plug and causing a worse connection. I see what you are referring to, but the wiring harness coming off the motor on ebay plugs in to my existing harness, which needs to be replaced, or at least the pigtail.

Just have to solder it in.

That’s what I thought, but it does not look like that connector. It does not have the clips on the side and the connection or male end is different than what is in the photo.

It looks more like this one, which is not for my car according to the vehicle fitment guide: 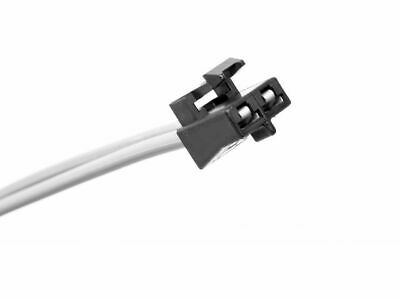 Look on the drivers door jamb for the manufacture date. 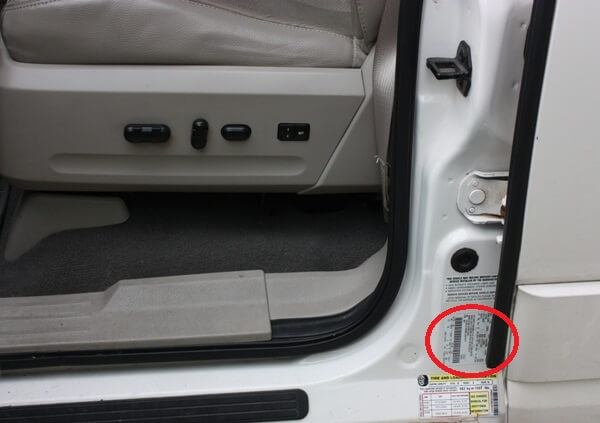 How to Find a Cars Manufacture Date and Benefit From It

How to determine the age of a new car. Using the manufacture date information to your advantage when buying a new car.

Door jam says manufacture date 12/08. Technically a 2009 model, but if I understand correctly, would have to look up parts for this under a 2008 possibly?

The blower motor may have been replaced before with an earlier model if it fits in the housing.

You’re dealing with a GM vehicle.

Replace all 3 parts: blower motor, resistor, wire harness/wires. Chevy’s are bad about these things burning up. I stock them on my shelf for my Chevy vehicles.

how do you get that plug out of the blower motor?

When I encounter a stuck stuck electrical connector, usually the problem is I haven’t figured out how to release the prongs that are holding it together. Or I’ve released one prong, but there’s two, one still holding it together. So first step, I try to find another connector somewhere on the car that looks similar looks, but has better visible access. Then on that one I try to find the prong or prongs (little arm-like projections). Most auto connectors are held together with prongs of some type, b/c of the constant jiggling they are subjected to in a moving vehicle. Very often once the prongs are released on the original problem connector, it can be easily pulled apart.

If still stuck, sometimes applying a little heat from a hair dryer helps to make the outer half a little larger. I’ve used an ice cube as well, to reduce the dimension of the inner half. High tech labs often have a spray can that cools components to really cold temperature, might work better than an ice cube. Never tried that method myself tho. I’ve seen a similar product intended for stubborn bolts. I’ve also used a dose of WD 40 at the junction between the two halves of the connector, let it sit overnight. Sometimes lubes it enough it will come apart. I’ve also used pullers, usually a version used to remove handles from plumbing fixtures. Those will sometimes break the connector though. If all else fails I cut the wires, might require removing a component on the car too, then I can usually take the connector apart on the bench where I have one of those circular florescent lights with a big magnifying glass in the middle. When you have a clear sight of what you are doing the job often become obvious.

You give good advice, George

But I’m with @eddo on this . . . GM is known for having the connections for the blower and resistor pack melt

When one doesn’t want to unplug, I expect a melted pigtail . . . and that’s what it usually is

Just because you replace the blower, resistor and the associated pigtails, don’t assume you’re in the clear from that point on. The replacement parts are no better

In another 5 years or so, you might be doing the whole thing again