Similar to Craftsman 37744 21" 163cc Briggs & Stratton but w/ a hidden battery.
The talk on a B&S engine got me thinking. Has anyone owned the Crafstman electric start gas mower?

I bought it 6 years ago… biggest and best… with all the features. Every one had a flaky battery. (Sears took them back rather than swap a battery.) It is a heavy walk behind machine. It’s easy to start using the rope, but the push button is easier. Wintered over, I kept it plugged in, Seafoam in the tank. Come spring, it ran fine, but after 2 mows, the battery died, 3 days after warranty.

The odd thing is, it won’t start w/o replacing the $58 battery (I was told… no explanation). I located the batt hidden in the engine housing, but can’t see how a battery could keep the engine from running. I was hesitant… never heard of a BS engine requiring a battery to run.

Does it have a crude generator setup or do you have to recharge occasionally?

I have to charge it to keep it fresh, but it is supposed to have a crude charging system.

Sorry, I reworded the original question a bit… updated to current status.

Never heard of that but what are you gonna do, buy a battery or a different mower, or take it to a shop? You can check for spark. If none, I would suspect that it needs the battery for ignition or to operate the choke but doubt the choke. I never buy Craftsman if I can help it though. I don;t use Seafoam for a gas treatment either. Just the B&S fuel treatment and non-oxy gas, but check for spark.

I will probably buy a battery, but I’d just never heard of a B&S mower engine that needed the battery to run, especially if it’s going to die every year.

You could just take the wires off the battery and bypass it. I’d probably disconnect the generator also.

It may not have a magneto and requires a battery to power the ignition, and requiring the generator to operate. But I have never run across that on any mower engine. Briggs and Stratton has gone off the deep end in my opinion though. Too many cheep Chinese parts. The Nikki carburetors are a real pain.

I think you have another problem. They do not need a battery to run. If you want the battery to last, you cannot keep it plugged in all the time unless you get a float charger. The charger that comes with is a constant charge, the battery is a 12V AGM battery.

If you don’t want to buy a float charger, and I don’t blame you as you will have to splice the plug off the old charger onto the leads for the new one, then get a countdown timer (Amazon) and plug the charger into that and that into the outlet or power strip. Set it to charge for about 12 hours once a month and the battery can last many years. Also use the countdown charger during the season each time the battery needs a charge, or about once a month. 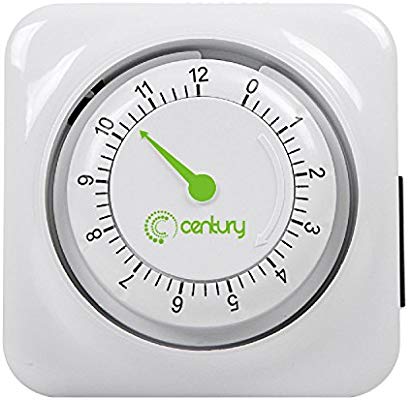 On the other hand I have and B&S 24 HP twin in a Craftsman mower that something like 20 years years, refuses to die. I did require a new fuel line and carb rebuild due to using pump gas with 10% ethanol. Now I only use ethanol free gas.

Better than the “Powermore” that is on some machines. I have had to tear down a carb twice in 3 years on one at my church.

Yeah it’s been a mad race to the bottom since Tecumseh sold everything to China. They have all gone nuts depending on the model engine. Even Kohler that used to be high end. I still look for a Briggs though and I have a twin engine that after 18 years still has 70# compression. The options are limited. You have to be careful or you end up with a Liquid Combustion engine or whatever the new knock offs are. Look just like Briggs but good luck. MTD and Briggs had a falling out so MTD went with the knock off engines to their discredit. So watch out for MTD, Cub Cadet, JD, etc. for the consumer grade, and it sounds like Husky is getting out of the business too. Makes you want to stock pile a couple of the old engines.

It could be an international conspiracy to force us to go to the battery operated models @bing. Everything causing problems these days part of a conspiracy dontchaknow.

And while discussing B&S motors, has anyone else given up on repairing the plastic recoil starter mechanism? I have tossed several of the covers and notched the cup to use a rope the old fashioned way.

Yes, I was wondering about that… if it would run. I was thinking maybe using a battery eliminator. I see those are still made. (Haven’t had one since 1975.)

I located the manual online last night. #11 (out of 14 reasons it won’t start) is low battery. (When I read that line, before the first start, I assumed they meant no crank.) It has a factory float charger and was going to wire the Battery Minder to it, but instructions didn’t explain where they hid the battery.

Rod, I’ve repaired a couple of the plastic mechanisms, usually after a rope breaks. Many years ago, I’d put a couple knots above the starter. When the rope frayed, it can be untied giving a new wear point.

Naw. No conspiracy. It’s just the corporate whiz kids at work trying to find another nickel of short term profits.

I’m dragging this thread up from the ashes to mention my 18 year old Snapper rear engine rider’s carburetor, which was an after market model installed 3 years ago, has failed and the parts to repair a Nikki carburetor totaled more than the mower was worth. But while looking for parts I again ran across an after market source for a complete carburetor for $18 w/free shipping so I jumped at it and installed it yesterday and it appears to be as good as the original. Of course it was Chinese sourced but so was the OE carburetor. And these Chi-Com carburetors particularly difficult to repair due to the intricate internal plumbing which is nearly impossible to clean.

It’s just a ^(&% shame that B&S built a seemingly well made, reliable engine and threw a junky recoil starter and carburetor on it to give it a fast track to the junk heap for any but the most determined owners.

I too replaced my carburetor with one of those, works fine. But don’t limit this problem to B&S, my B&S actually seems to be better than my newer, allegedly superior Koehler.

I’m dragging this thread up from the ashes to mention my 18 year old Snapper rear engine rider’s carburetor, which was an after market model installed 3 years ago,

It was a few years ago now but trying to figure out the problem on my B&S powered snow blower, I bought was was titled as a service carb for about $25. It worked fine. It wasn’t the carb though, Briggs replaced the engine under warranty. Now I have a spare carb on the shelf. Parts have gotten a little higher priced than some years ago, but I get parts kits from Jacks Small Engines and usually not that much, or go right to Briggs. I’ve never really had to replace a carb, just the jets, etc.