I really wonder how this will do in real-world conditions. I suspect this won’t pan out over the long haul.

The new four-stroke engine is sealed tighter so that dirt doesn’t get inside and contaminate the oil, and it runs cooler so that heat doesn’t break down the oil.

This is the quote that got me.

The four-stroke mower engine is designed to last the life of the equipment it's used on, which could be about 12 years, without an oil change.

I have two walk behind mowers at my duplexes. One is a Toro, and the other an old Troy-Build true mulching mower. The Toro is now 10 years old…and the Troy-built is about 25 years old. I change the oil once a year. It’s not a difficult job.

I didn’t know that 12 years is the life expectancy of a mower. I have one push mower I bought in 1988 and another I bought in 1992. I use the “newer” mower more often. The older mower has the original engine–a Tecumseh. I did put a new short block on the other mower about 10 years ago. I don’t go for not maintaining equipment.
I think LawnBoy 2 stroke mowers were popular because they didn’t need oil changes. With constant improvement in battery technology, I wonder if battery powered electric mowers will soon replace gasoline powered mowers soon.

Triedaq, that just might happen. A battery powered rechargeable mower that would run for two or three hours on a charge would probably meet the needs of 85% of the population, although I admit that this is a pure guesstimate without any data to back it.

I have a small lawn, and just last year replaced my gas mower (I sold it) with an electric mower. I absolutely love it. I can mow half my lawn in the same time it used to take to check the oil, fill the gas, and start the gas mower. And my back doesn’t give out. A rechargeable mower would be even better.

Some of the cheap mowers from the big box stores seem to only last a season or two. The decks are so thin that they rust through or one rock is all it takes to kill them. One thing I do like about these is they are very light and easy to handle.

I have personally used several mowers where the engines get transferred between decks because the deck falls apart long before the engine. You can always find a junk mower with a good deck somewhere. Often it is just a plugged up carb while sometimes they ran it without oil. Either way, if the free mower is unrepairable, it at least provides a free replacement deck.

The deck on my mower is 100% molded plastic… as are the wheels, the catchbasket (for clippings), and every other part except the motor and the handle. Why molded plastic decks aren’t common is puzzling.

@“the same mountainbike” – I bought a Black and Decker battery electric mower last summer from a friend who decided to hire someone to mow her yard. My wife likes to mow so I thought she would like not having to mess with gasoline and oil. However, she thinks it is too heavy. It does have a plastic housing, but the battery adds a lot of weight. We have an 18" Toro with an aluminum deck which is lighter than the Black and Decker. I can mow our entire yard in about an hour on a single charge. I do like the quietness of the Black and Decker. Our other mower is a Homelite Jacobsen push mower that is strictly a mulching mower. It does a great job, but unfortunately parts, including blades are no longer available.

NiCad batteries in the B&D? I suspect Li-Ion will soon pretty much force NiCad into extinction. And there’s even more tech to come.

How is B&D quality overall? I have always found the stuff I end up using to more cater to occasional users and nothing ever meant for professional or farm use as it would be in my case. Their stuff is always in the big box stores and not the mower shops and farm stores. You don’t see the highway department using them for example. 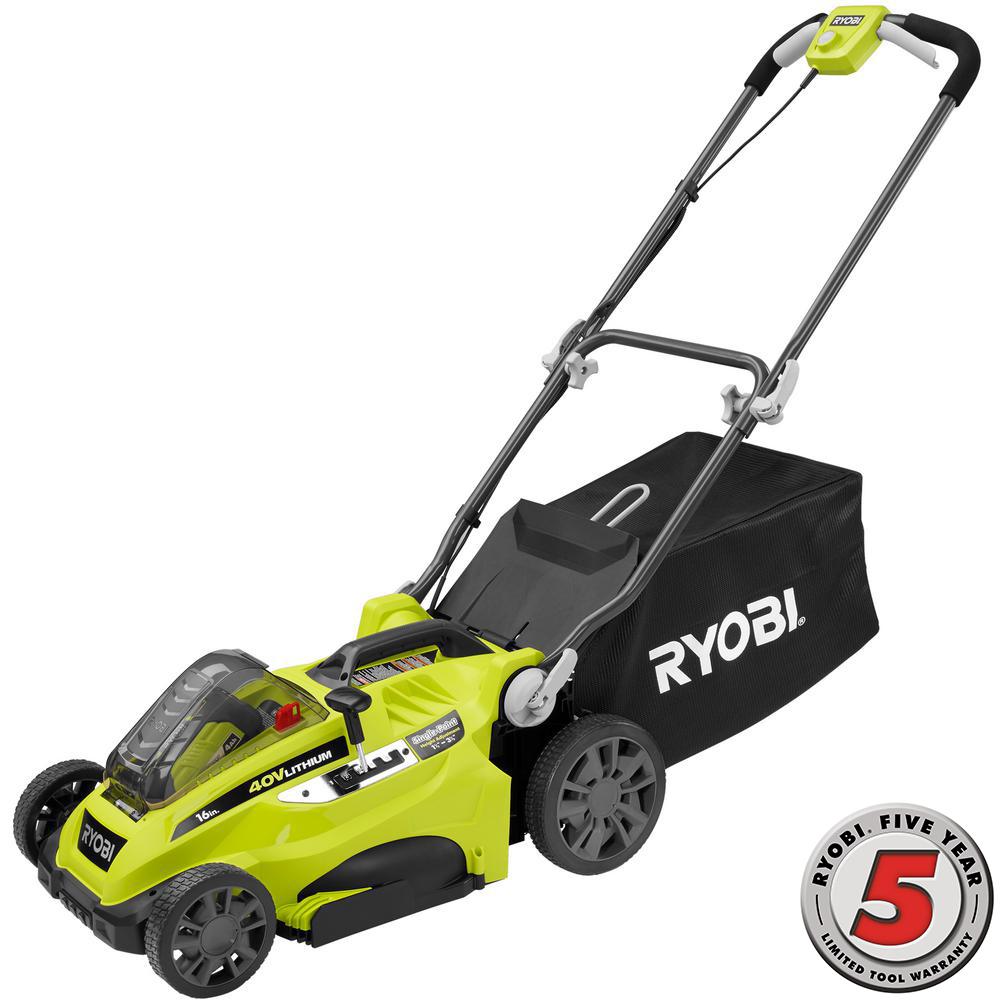 I did mount a model airplane engine on the Black and Decker battery mower because it is too quiet and mowers are supposed to noisy. I also have a battery powered string trimmer. I smoke a cheap cigar when I use it so that there will be plenty of smoke like a gas trimmer.

For many people a good rechargeable electric model would be the best option if/when they offer a good one at a price competitive with the stripped down B&S 20" mowers. My front yard is so small and has so many obstacles to deal with a light, non self propelled battery powered model would save me a great deal of time and trouble and most new home construction in my area has smaller yards with even more clutter to deal with.

A lot of people in California are removing their lawns.

@cwatkin I haven’t had the Back and Decker long enough to know much about its quality. I bought mine used from a friend as an experiment. So far, I have had no problems. My lawn is really thick and if I keep up with the mowing it does a good job.
I still like the cut better of the Homelite Jacobsen I bought back in 1992. It is strictly a,mulching mower with a casf aluminum dome shaped deck with a shorter blade which is perpendicular to the main blade which really chops up the clippings. It is,also great for mulching leaves.

I suspect the heat and vibration of a gas engine are the issue.

Hasn’t been a problem on my “neXite” plastic deck from Honda. It runs for about 2 hours when I mow, and I’ve mowed on >100 degree days without any issues. I anticipate the mower will last until I’m too old to use a push mower and switch to a rider.

Well, their initials are appropriate; B & S.

There’s going to be a lot of failed engines and the “sealed tight to keep out dirt” is not going to be sealed tight enough. The finest of air filters doesn’t stop dirt from entering the engine.

I worked with a guy 10 years ago who swore he never changed the oil in his Sears mower and it was 15 years old and running fine.

I have seen quite a few neglected lawn mowers and in just a year or two of use without changing the oil has often resulted in the valves sticking. And while that is a simple fix the people who won’t change the oil certainly wouldn’t unstick a valve. The rings also stick and gall the bore which isn’t so easily fixed.

Air cooled engines are much more demanding of the oil than water cooled. I can’t imagine oil with 50+ hours in a B&S engine offering much lubrication.

“sealed tight to keep out dirt” sounds good to the average consumer, but the things that cause oil to fail aren’t ingested things. I’d bet that in a one-lunger blowby is the single biggest factor. But I also doubt of the average mower is operated long enough, and its sensitivity to contaminated fluids significant enough, to matter.