I have always been a fan of German made cars, but never really could pinpoint a favorite. I am looking to purchase one but I’m undecided between BMW, Audi, and Mercedes. Convince me which is better and why. If you have other options, feel free to share them.

Only can speak to a bud with a BMW, he did a lot of work himself but loved the suv. Chauffeur bud had Mercedes, the company switched to GMC due to much time lost in repair shops.

Can’t do it.
Suggest reading C&D, R&T, etc, though their views may be slightly biased from advertising revenue.
Having said that, you can get two Z4s with change left over for the price of an SL or R8. Having two Z4s allows you to drive one while the other is in for service.

I must say this is a pretty entitled post. Why should I care to convince you? Do your own comparitive research.

I will share my experiences, I own an Audi A4 Quattro 2014. Best interior of the 3 in my opinion. But it is an opinion. I have had no issues. Never owned a BMW or Mercedes.

Service and parts costs for any of the 3 brands are very high. The most expensive car you will ever own is a cheap used German car.

3 high priced brands with many different models and option levels . This person really thinks they can get a reply from complete strangers on a Forum that will be of any use ? Fat chance of that.

Start your research with Consumer Reports. Their April issue is always completely devoted to automobiles.

If you want to prioritize looks over everything else, Audi often edges out its competitors. If you want a fun, exciting driving experience, BMW will be your safest bet. For speed, engine power, and safety, Mercedes is still king.

Convince me which is better and why.

I’m not going to even try. What you expect/want from a car is probably way different from what I expect/want.

If you intend to drive the car only though the manufacturer’s warranty, then any of those brands will be a great choice. Heck, if you will drive only through the warranty, you can get a Range Rover with a big V8 and have a really nice car (for a short while).

If you plan on owning the car past 100k miles, then it is a whole different decision. Only specific models with specific engines should be even considered. Look at historic resale values for models of interest. The marketplace effectively weeds out the losers. Also look at the specific engine models and look up lists of the best and worst engines from each brand. All three of those brands have built some bulletproof engines/transmissions, and they have built some turkeys.

I have two naturally-aspirated 6 cyl 3-series BMWs in my garage, and we really like them, but there are a lot of BMWs that I would not take if someone offered them to me for free.

It seems to me that Audis more often have quirky intermittent problems that are hard to diagnose, as compared to the other two.

Which models, new or used, and if used, what ages? The age question might be better stated as how much do you plan to spend.

Which models, new or used, and if used, what ages?

That is a very relevant angle to the OP’s rather vague question. If he/she is interested in a new car, BMW has surged to the number 3 spot in CR’s reliability rankings. On the other hand, Mercedes was dead last (number 24) among the marques that they were able to quantify, and Audi came in at #6.

But, all of those marques have been in different–sometimes drastically different–positions over the past decade or so. So, if the OP is seeking a used vehicle, in addition to considerable variations in reliability over many model years, there is also the incredibly important factor of how the previous owner(s) maintained their vehicle. 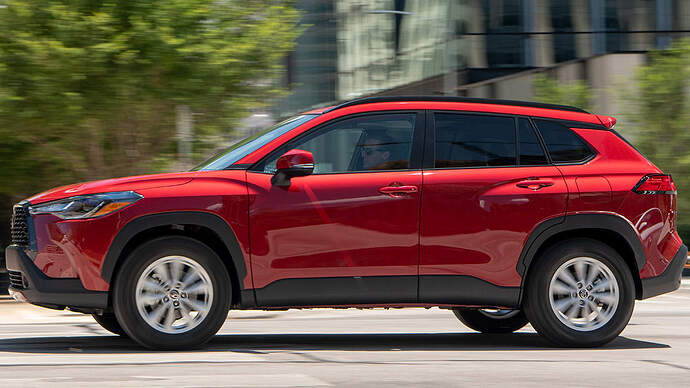 Who Makes the Most Reliable New Cars? - Consumer Reports

To determine who makes the most reliable new cars, Consumer Reports' latest car reliability survey ranks the brands and reveals how regions compare.

I advised my son to trade his bmw when the warranty expired which he did. Nice car but you don’t want to pay for repairs.

Of those three? Mercedes. Preferably S class. No question about it imo.

If you’re asking which I own? None of them. Life is too short to deal with the sort of problems that crop up on those types of cars.

Were I insisting on buying a German car myself, I’d be looking at what VW or Porsche has to offer.

@George_San_Jose1, with all the money you’ve saved continuing to drive your old Ford pickup and Corolla you can afford two S500s.

Maybe. But there’s a newish Audi that has been sitting unused for 18 months in my area. Owner told me there’s an expensive to repair dashboard display problem …hmmmm … reminds me of a tv commercial I see most every evening, featuring retired SF 49’er quarterback Joe Montana. Pitching health insurance. He says “When you reach 65 years old, you gotta stick with the basics, there’s no time for any nonsense.”

Remember a few years ago that person with a smart car and a humongous bill for a dash control. Several thousand I think. Not so smart. 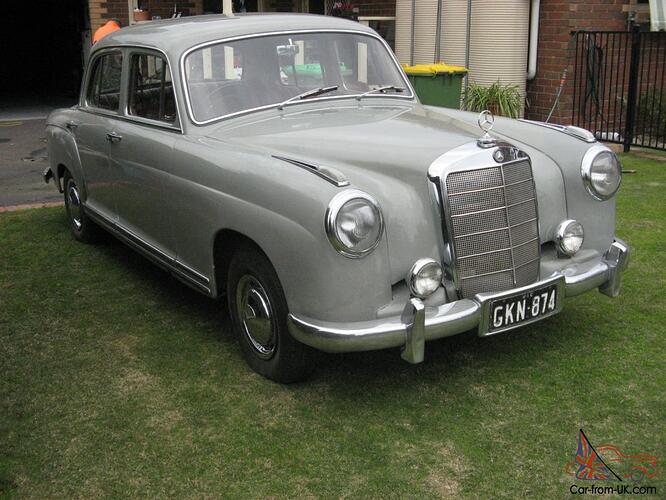 Whatever year and model that is, that one sticks in my mind. I think I was making a sales call but the guy had the hood up working on something. About 40 some, long hair sticking out all over. A rural house that I think he lived with his mother. Maybe had some chickens too. Bought quality or someone gave it to him, keeping the old girl going. He didn’t buy anything.

The picture is of a 1955 220S which is close enough to what they had, when I asked Grandpa several years ago it was about the same year and body but a diesel engine.