As Tragic As It Gets

For those who have not heard the story. 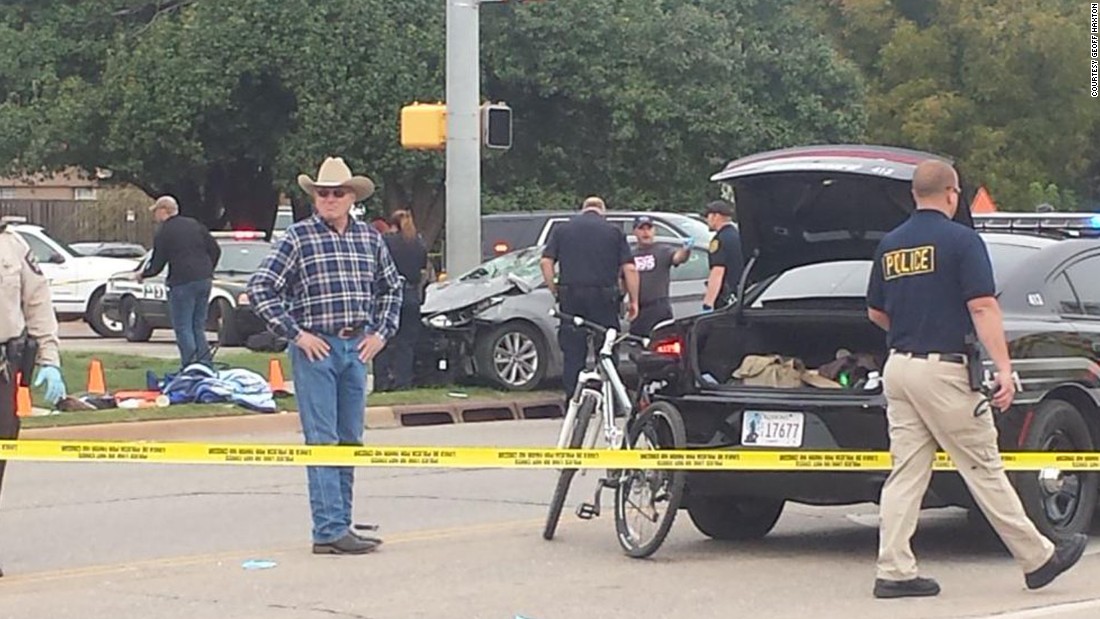 A car careened into people who were watching an Oklahoma State University homecoming parade in Stillwater on Saturday, killing four and injuring more than 40.

It’s reported locally that more than 50 were injured actually and witnesses stated the police officer’s motorcycle that was hit first went as high as the light poles. It’s also reported that she was doing approx. 50 MPH. I’ve been in this area many times and even on days when no football games are being held the auto and pedestrian traffic there is heavy. On game days it’s a mad house as it’s only a few blocks from the stadium.

We had to call down there to make sure my son was ok as he is a long time OSU finance office employee and has often volunteered to help out on concession sales to support the club he is a member of. Thankfully he passed on this one and stayed home.

If the decision were mine she would get the max on every charge and be sentenced consecutively; not concurrently. She should never exit the prison doors as long as she breathes.

One reads a lot of stories on the news, when it hits close to home there is no comparison. Have not been where you are, glad your son is ok.

Sometimes…news like this makes you ponder the thought of bringing back public hangings. There is no excuse for drunk driving.

The original count was 3 dead but increased to 4 at about 6 P.M. tonight when a 2 year old toddler passed away.

It was pretty gut wrenching to see a mangled up baby stroller and the police officer was very lucky not to have been on his motorcycle. That bike was mangled almost beyond recognition.

The court records don’t show anything on the drunk driver but that may not mean anything. I suspect this is not her first rodeo and it may come out that she’s been allowed to skate before.

Some years back OSU Basketball Hall of Fame coach Eddie Sutton was 3 sheets to the wind and rammed a lady in her car off the road while traveling at high speed just a couple of miles north of where this incident happened.

There was a lot of ruckus over that one as Sutton was approached by campus police in the parking lot on the suspicion of being drunk after falling down. His name allowed him to leave anyway and the wreck happened a few minutes later. This led to double-talk, checking himself into rehab (they always do when caught…) and getting the university sued.

I was definitely worried about my son because his office is only a few blocks away along with the parking garage and even when not helping out at the stadium he often goes in on Saturdays and catches up some backlog.