An explanation of Hyundai/Kia's problems

… relating to their Theta II, Nu GDI, and Gamma GDI engines-plus a few major electrical problems–all of which can present a risk of fires. 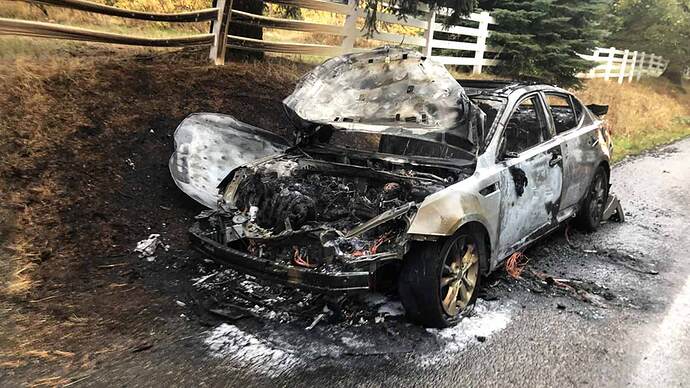 Why So Many Hyundai and Kia Vehicles Are Getting Recalled for Fire Risk -...

With millions of Hyundai and Kia vehicles recalled due to the risk of catching fire, Consumer Reports offers a guide for owners so they can stay safe.

If story correct, there’s definitely a long, long list of issues. Perhaps this is a case of complexity breeding unreliability?

The biggest problem is that Hyundai’s explanation of the engine problem reeks of Bull Manure. I do not believe that improper cleaning of the engine parts, or of the completed engine at the time of manufacture is to blame. If that was the issue, I would expect to see most affected engines fail within the first 10,000 miles, not years (and tens of thousands of miles) later.

Obviously, something inside these engines is coming apart and generating metal shavings while the engine is running, and since Hyundai (so far) denies that this is the issue, there is no meaningful solution. And a software update to “enhance” the knock sensor algorithm is not a meaningful solution.

I would not accept one of these cars, even as a gift.

would not accept one of these cars, even as a gift.

Some of my ex-co-workers have them, seem to enjoy the mod-cons and feature comforts, leather seats and the like. But they don’t keep them for 10+ years either, generally move them on at about the 10 year point. In most cases they don’t sell, just donate them to cars-for-kids, the local NPR station, or the like.