Hi there, I went to a panel beater today as the passenger side doors were damaged during a recent accident. I was told that the only way this can be repaired is to replace the 2 doors entirely and get the passenger side painted all over. Does this seem reasonable to you guys? I am surprised by how much work is required and how much it’s going to cost - any advice would be greatly appreciated, thanks! 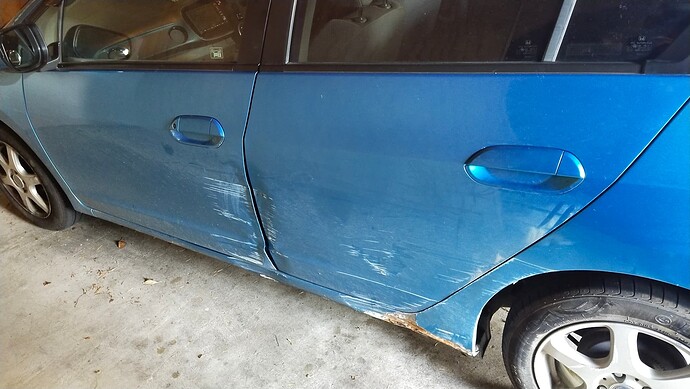 It’s what we did in a similar situation, but we only had to change the front door and repaint but it still looks good years after the repair, this is on a Prius with Blizzard white pearl paint and they had to blend the new paint with the old. Probably more than a paintless dent repair could fix.

Don’t know. Are you sure they didn’t say to reskin the doors rather than replacing them with used I assume. Maybe cheaper. At any rate even with replacing the doors, there is still some significant work to do on that pillar, and that rocker rust does not look good. But sure talk to another shop.

I recently had damage like that scraping a concrete pillar in a friends really tight parking space. Most of the white buffed out, and only had to fill in a couple of scrapes with nailbrush type paint. Body shop wanted $1400, to remove the fender, repaint, maybe more if trim or whatever got broken on removal. You cant see it unless you are looking for it. May smooth it out and apply clear coat, but good enough for me. Honestly 15" top scrape to the bottom of it. Even less visible if the car is dirty. 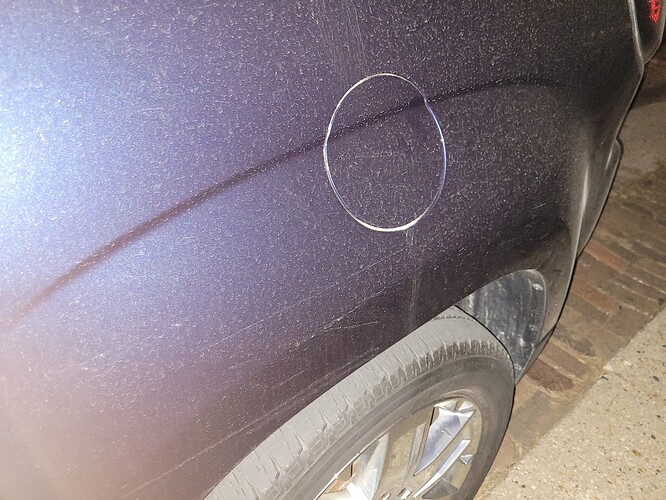 It’s faster/cheaper to replace the doors and repaint.

Based on what can be seen, it’s not the only way but may be the most economical. I’ve had door skins replaced in the past. I would get another opinion/estimate. What was the estimate amount? The rust that is setting in would also be concerning depending on your plans for this car…

Because of the inner door beams to protect you in a side impact crash, there will be no panel beating. Either a re-skin or door replacement is the way to go, although with a car that old (I can SEE its old, you didn’t tell us the year) door off a wrecked car would be the most economical choice.

There’s a lot more to body work than some might think so replacing the doors is the more economical option. Even better if one can find doors with the matching paint code.

Someone backed into my son’s Camaro passenger door at college and 'fessed up. Their insurance paid off the cheaper of the two estimates which was around 1100 dollars. Found a matching paint code door for 75 dollars (complete with all electrics) and a few bolts later done.

Good advice above to forget the panel-beating idea. You might ask your body shop their opinion about replacing the doors vs installing a new door skin on the existing doors. Advantages vs disadvantages etc. If you don’t know what a “door skin” actually is, Googling “Honda door skin” will show you.

The flash was not kind, here is a daylight pic. Above the filler cap is not damage but reflection. Paintless dent repair and some touch up paint if you are not looking for perfection. 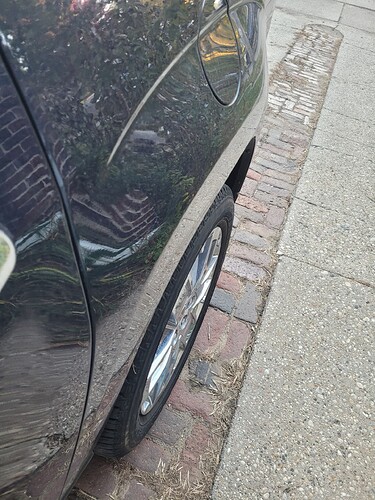 thanks - the quote was 1800NZD (or ~1050USD at the current exchange rate) for the painting work plus whatever the doors cost - didn’t seem excessive compared to what some of you have mentioned so it’s probably just that my expectation was not realistic… thanks. and yes I was surprised to see the rust, which does look concerning…