Was a pretty neat project with a number of prototype built. Always looked a bit like a Thunderbird of similar vintage.

Managed to see one driving down Central Ave, NE, Minneapolis in the early sixties.

I don’t remember the story very well but I think that car was actually driven at one time to Mexico or something like that as a long distance test run.

It also seems to me that car was brought out of the museum not too many years ago and Jay Leno was allowed to drive it.

As noted in the video 50 were built. I too lazy to research it, but as I remember 49 had to be destroyed due to tax considerations. Again, as I remember the bodies were built by Pina and would have been subject to import fees had they been retained.
Railroads also experiment with gas turbine locomotives but found them not to be practical. 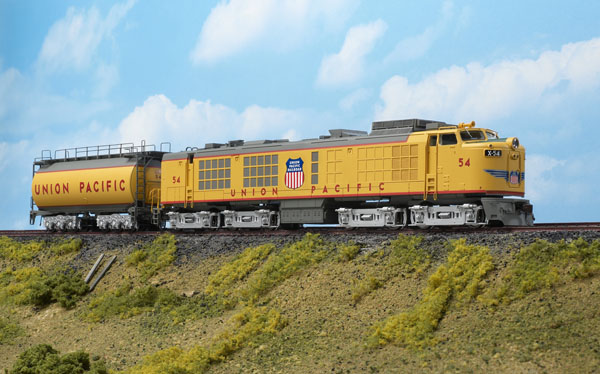 Jay bought one from Chrysler some years ago when he discovered that they had three in storage and bought one from the museum. Jay had been dreaming about these for years. Did an entire show on his car a few years back

It’s been a few years but seems to me they had one around Duluth, MN to see how it worked in cold weather. How far Chrysler has fallen though from the days when they led engineering like for torsion bars and alternators. I think they had a 50,000 mile warranty too and you could pretty much take a Plymouth and drive and drive it with no problems. Too bad.

How far Chrysler has fallen though from the days when they led engineering like for torsion bars and alternators.

you could pretty much take a Plymouth and drive and drive it with no problems.

My father’s Plymouths ('55, '59, '63) were essentially bullet-proof, even though the '59 models didn’t have the greatest reputation. My '71 Charger was truly bullet-proof, and one of the biggest mistakes I ever made was to trade it for a '74 (POS) Volvo.

I think that their quality control was highly variable from model to model and from model year to model year. Unlike my ultra-reliable '71 Charger, my sister-in-law’s '72 Barracuda was the worst-assembled car that I ever saw, and it deteriorated into a pile of junk after just a few years.

Chrysler in those days had a strong engineering department; not everything they came out with was good, but disk brakes on the Imperial, torsion bar suspension and other firsts showed original thinking. Too bad their manufacturing and quality control left a lot to be desired.

To me that implies it varied from plant to plant.

Drive it? He owns one of course !

I see a few people mentioning quality control… I seem to remember seeing a video about the numerous “Heyday” years in the Detroit car mfg business. They said that each mark was like a city unto itself…with everything that a city offers its citizens… Work, Play, Entertainment, Women, Drugs, Alcohol etc.

It was said that you wanted a vehicle made between Tuesday and Thursday (Wednesday if you could help it) because people on the line would be in recovery mode from the weekends on a Monday…and too close to the weekend on a Friday to construct a vehicle properly.

I have to find that video again…

to me that implies it varied from plant to plant.

Yes, without a doubt!

If you ever saw the workers exiting the GM factory in Linden, NJ on Mondays, Tuesdays, Wednesdays, Thursdays, or Fridays, you would wonder when–if ever-- their recovery would actually begin…

I seriously do not doubt that @VDCdriver… I really dont.

I have to agree on that one. Remind’s me of the Bobby Bare song 500 mile’s from home By day we make the car’s by night We make the bar’s.
.

We studied that issue in Sociology but the reason given was absenteeism not being hung over. If you ever worked in a plant where people made reasonable wages it would make sense. Folks made so much money that it became a non-motivator and instead would rather extend their weekends than work. The result was to keep the line moving they put fill-in workers at the work stations and were not as familiar with the tasks at hand. Quality then suffered on those days.

Always looked a bit like a Thunderbird of similar vintage.

That’s 'cause Engel worked for Ford before he went over to Chrysler and designed the Turbine body.

Remind’s me of the Bobby Bare song 500 mile’s from home By day we make the car’s by night We make the bar’s.

The song is “Detroit City” The line is " But by day I make the cars, by night I make the bars"