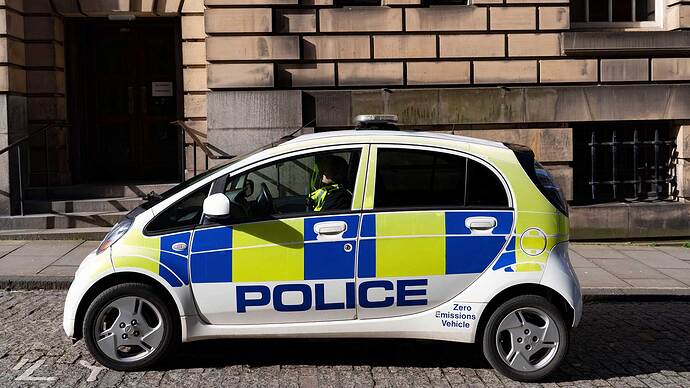 ELECTRIC police cars are struggling to reach crime scenes and emergencies without running out of power. Officers in rural areas cannot find charging points on patrol and are having to switch to pet…

Can you say… The Cart Before the Horse.

And the headline was that California was banning home charging. But it was a false report, they are only asking that you charge at off peak times to deal with problems supplying power for peak times.

I understand the want for more all electric vehicles, but what moron thought they would be a good fit for emergency vehicles. An all electric is a bad borderline stupid choice. With all the electric needed for lights, computer terminal, heat, A/C etc. let’s add a pretty heavy additional battery drain (drive motor/s) to the mix. DUH! Hybrid gas/electric would have been a much better choice.

Probably best not to depend on new tech in an industry as critical as emergency services. Better to adopt EV’s in public works or mail delivery or something and see how it goes. Not a big deal if your mail gets picked up a day late or the city park gets mowed tomorrow. Pretty big deal if someone points a gun at you and they’re late!

Actually, I guess it’s not “new tech”. Revisited tech that was overlooked in favor of options that worked better at the time might be more appropriate.

The Brits have been delivering milk with EV trucks (called milk floats) for over 100 years. They go 15 to 20 mph max and quietly deliver milk in the early morning.

They should know better what works and what doesn’t.

British milk is always warm though. I’ve asked them why it is not refrigerated and they don’t know. Might have something to do with not being pasteurized either. I never liked using it.

“The Sun” is a British tabloid newspaper.

The police commissioner stated that 66 Nissan Leafs were purchased in 2020, a picture of a Mitsubishi is shown.

Gloucestershire county is 1220 square miles, I don’t believe they would assign electric vehicles to the rural areas, however on occasion an officer in an electric vehicle may be dispatched to an emergency outside of the city.

Back in the early '70s, for a very brief period of time, the NJ State Police experimented with using a few Volvo 164s for patrol/pursuit on the NJ Turnpike. For those who don’t recall those relatively-rare cars, this might jog your memory: 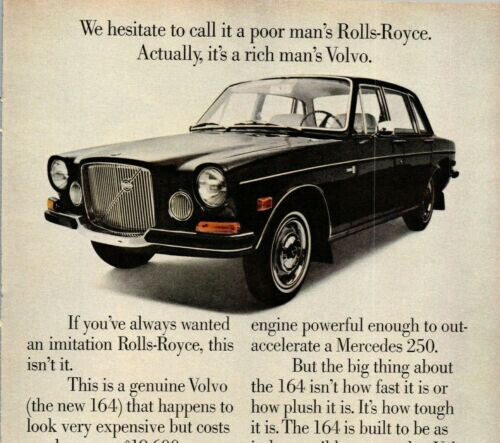 Anyway, the experiment lasted less than one year. Between protests about using non-American cars, the Volvos’ lack of reliability, and their insufficient power for high-speed pursuits, these inappropriate cars were dumped and the NJSP returned to using Chrysler New Yorker sedans.

A suburban town near Dayton, Ohio tried this in the 1980s as well. Bought a Volvo police car in an area with 5 GM divisions employing about 19,000 people, many of whom lived IN that town. It did not go well!

“The Sun” is a British tabloid newspaper.

Do you like The Sunday Times better? Same article, different picture. THIS time a Tesla Model 3. 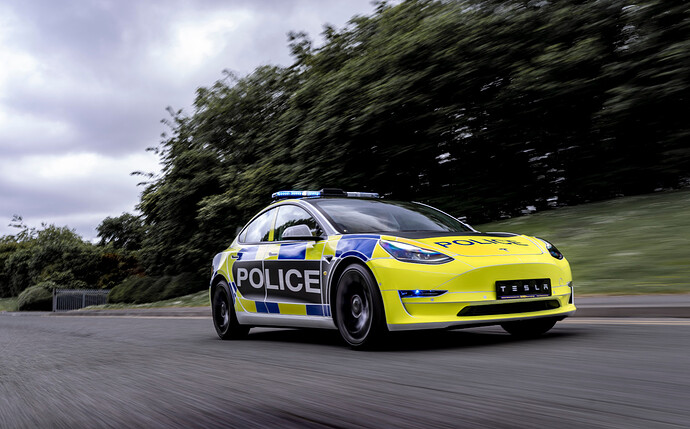 Police officers driving electric vehicles are struggling to fulfil their duties and respond to incidents because their cars “run out of puff”, according to a Gloucestershire police and crime commissioner. PCC Chris Nelson said that although he... 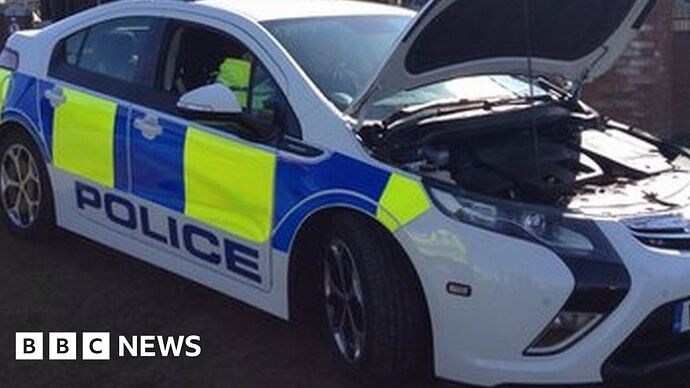 Don’t ignore the story because of the messenger…

This is more fit to purpose:

It is more fit for purpose… too bad the Fusion has been cancelled. At least the Explorer hybrid still exists. Lots of Explorers (and Fusions) around me but I don’t see any hybrid badging.

I’d skip the ‘plug in’, just go with a hybrid. Maximize the gas savings per dollar spent, especially for a police car. 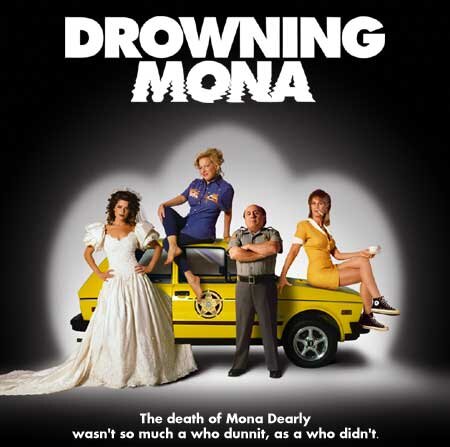 EVs are fine. Gloucestershire made a mistake in using them in what appears to be a mostly rural area. A 200 to 250 mile range might be OK for cities though. As mentioned above, hybrids might be a good choice for rural UK. Maybe police EVs could be ordered with extra battery capacity to handle the electronics that must always be on as well as maintaining a day-long range.

I know I partially quoted you. Not trying to be misleading there. But you can’t really make a mistake in using them if they’re “fine”?

Fine for certain situations, yes. But not “fine” as a total replacement for gas powered vehicles. Not yet. Maybe not ever. Depends on the definition of “fine”.

The post was quietly flagged and eliminated but I did read it first.

It’s important to note that no one has ever said EV are, or even will be, the best solution for all transportation needs.

On the other hand, gasoline powered engines aren’t always the best (or only) solution for other applications.

I’ve spoken about my Ryobi battery powered lawnmower before. I’ve always been a “gas” guy…up until I got tired of my gas mower refusing to start repeatedly. I took a chance on the Ryobi 40V mower, and I’ve been so impressed that I’ve gotten the matching string trimmer, blower, and hedge trimmer. Some of my other friends/relatives have made the change too.

EV/battery powered stuff may not be the solution for every issue…but keep an open mind. It’s more capable than most people realize.