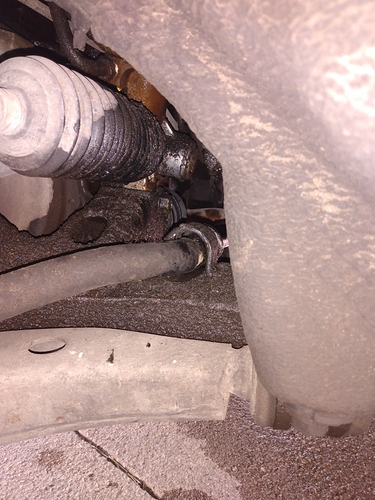 The reason the bushing failed seems to be because of the power steering leak, the rack and pinion is leaking.

So, 1) how would I figure that out?? 2) would you recommend a mechanically ignorant person try to replace this using a YouTube video…

Also, oddly enough, I’ve had a ps leak forever, and not a single mechanic I’ve been to (between Cali to Missouri with an “unlimited” amount of funds at the time) could find the leak. A random person that looked at the car for an hour told me the bushing was gone, causing two things that were worrying me, and that I have a cracked head gasket. I’m now super low on funds and in a stupid situation involving an x and running from her and her addiction. Heading to Montana from Missouri very soon but hoping to get all I can out of the vehicle. What steps would you most highly recommend?? I could possibly (not probable) get enough to replace the head, but would I be better off using the same “possiblity” at getting a lower mile used Rav or crv or possibly replacing engine??? I’m around 27xxxx. Lost of problems now is up to oil leak (possible cracked gaskets) ps fluid leak, maybe a coolant leak (MAYBE). Stabilizer BUSHING, and my “universal” roofraxh needs trimmed dawn so the hooks and in in in in in on