Noticed this recently. System voltage varies 1-1.5V, generally getting worse as the car warms up. At times it’s spiking to 15V, highest I’ve seen is 15.7. This can’t be good.

A while after getting the sub, it blew the alternator (which probably was the factory original so I thought nothing of it); got a “good quality” pull from a junkyard (sketchy, it certainly didn’t LOOK in good shape), that blew quickly; pulled an alternator from a you-pull-it, that also blew; finally got a reman from AutoZone and that’s what is in it currently. You can see why I thought these failures were isolated, right?

That was roughly a year ago, so the alternator is still quite new. On inspection, the coils still look quite good. Battery is rock solid, hanging out at 13.3V car off and without load and around 12.3V when playing music in ACC.

Current theory: voltage regulator on alternator is starting to go. I have to question why this happened, especially in light of it going through three alternators.

Related to the sub, probably. Since the coils look fine, it’s probably handling the overall power draw no problem, sub and all. But…

I suspect the secondary issue here is, the amplifier for the subwoofer presents an uneven load, requiring the voltage regulator to switch far more frequently than it normally would need to, causing a lot of strain. The battery doesn’t smooth this out, because it doesn’t start delivering current until its operating voltage, which is 13.5V at the most, significantly below system operating voltage. If true, a suitable capacitor in parallel with the amp should smooth the power draw and prevent future failures. Shouldn’t take much, it’s not exactly a competition system.

I’m no expert though. I’m probably wrong and correct me here.

This might be normal for your car’s electrical configuration. Alternators can output voltages that high if the battery needs charging. This would be especially true if the amont of current required is high compared to what the alternator is capable of outputting. What I’d do is keep as much of the electrical stuff completely off, don’t play the stereo etc for a few days, and see if the voltage readings calm down.

I had forgotten to mention, I first started looking into this because it had shown problematic symptoms today. When I first went out to it, my ScanGauge showed a disconnect flag, and the head unit had forgotten its settings, as if the battery had disconnected. Drove it around for a while doing errands; while pulling away from my CU, it started okay, then immediately died after pressing the brake pedal. Instrument cluster flickered as if the battery was dead, but only once. Immediately afterwards, it started fine in less than a full crank, as if nothing ever happened. Makes me question if there’s a short somewhere. Hm.

Or is it possible the battery (which is quite old, but showing healthy voltages and has never complained in the winter) is failing in an unusual way? Or there’s a weak short somewhere?

More likely a partial open, not a short. One possibility is a corroded connection to the battery, or a battery cable that is internally corroded.

360W is ~27A at 11V. Factory spec for this car’s alternator is 105A, which if I understand things right, means the idle output is probably more like 50A. (This particular car does more like 700RPM when warm, but I digress.) So that’s like 3/5 of the alternator’s capacity right there. An upgrade is probably warranted. That’ll likely need wiring upgrades (the infamous “big 3”), and yes, I know, to do it safely I’ll need to add a master fuse past the alternator.

You know… fuse in series with the alternator output would be a good way to check if a larger alternator is necessary. Try different sizes and see what blows!

Weak connection is a very real possibility. Probably the first thing I’ll do is measure voltage drop from battery terminal to, oh, something in one of the engine bay fuse boxes. Starter fuse probably.

Wait a sec. Alternator doesn’t go directly to the battery terminal. And the wiring in between definitely isn’t 6ga like what’s going to the sub amp. I think wiring upgrades are in order. And I’m going to use a fused battery terminal this time.

Alright explain this to me.

Factory alternator is 100A or 105A. The factory output wire is definitely less than 6ga. Everything I’m reading says that’s way too small for that current. But that’s what the engineers did so it must be okay somehow. What am I missing here?

You’re missing that the engineers designed that wire for 100A intermittent. Say it’s 10ga. Five feet of 10ga has a resistance of only 0.005ohms, but at 100A, that’s a 0.5V drop and 50W being dissipated in the wire. Well, 10W/ft heat dissipation isn’t horrible if the insulation can take it, and if the 100A occurs only 10% of the time…no problem.

Yep it’s the type where the battery is buried under the windshield washer tank and walled in by the breather box, so they added a dedicated stud near the driver side fusebox for jumping. Sounds like terminal to jump post is the first place to check for voltage drop.

Better yet, I was thinking about switching out the battery terminal, get one with a boot. While I’m at it, how about I rewire with 4ga from the battery terminal through to the post, and then run the 6ga sub wire off the post. That’d be a lot cleaner and easier to work on if other things went pear-shaped. I’ll have to figure out how the starter ties into things, but it shouldn’t be problematic.

I was going at the tank for a while this afternoon to evening. Had two unpleasant surprises.

So. There were three wires leaving the positive terminal:

I changed this up a little:

It was a lot more work than it sounds because I had to take out the washer fluid box and a big chunk of the intake just to get a reasonable space to work in. (Thanks GM!) Also, crimping those 6ga ring terminals was a bear and it took me a good 2-3 hours to figure out how to reliably get a crimp that looked safe to me. Liberal application of QD on various things was thrown in for good measure.

I definitely did something. It seems more eager to start, and voltages are MUCH more stable. Hangs out between 13.5 and 14.2V, with occasional momentary dips as low as 13.3 that don’t seem to correlate with anything. That sounds to me like that might just be normal transients for a healthy system but I think I wouldn’t know; I’m used to working with digital circuits that are very picky about voltage. Crisis averted? Or do I need to massage it a bit more?

I noted another issue early today before I did anything: the blower fan starts strong then fades. I originally thought it was related to the voltage fluctuations, but it’s now clear it’s a separate issue. But, it’s probably unrelated. That’ll go in a new thread unless I google up an answer quickly.

A blower fan starting strong, then rapidly fading could indicate a battery on its last legs. If it happens while the engine is running … well, that could still be a marginal battery. Might be a good idea to have it load tested. I think you said it was older than 3 years.

I highly doubt a battery problem. Neither the head unit nor the sub have ever shown the slightest sign of brownout distortion, I haven’t noted any lights dimming, and it seems to start a little too easily for its age. (Well, when the anti-theft ignition interlock hasn’t decided it’s a good day to screw with me, anyway. I really need to get around to bypassing that thing.)

A cursory googling says it’s almost certainly bearings in the blower motor itself. A new motor is what, $30 from a you-pull-it? Why not.

I would put a High Output alternator and high quality factory crimped cables on it. Crimping the cables your self will never be as good as quality made cables. They link below is for 4ga cables, but they also have 2ga. If it has side posts you could upgrade to top posts, which have a better connection due to more surface area. 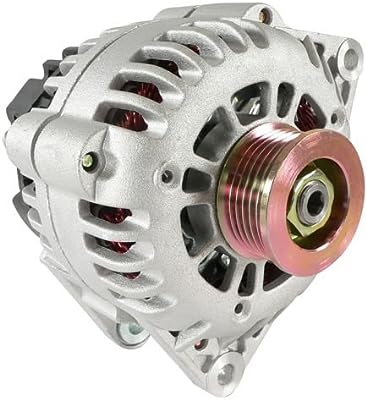 The negative (ground) wire(s) carry the same current as the positive wires…If the audio system uses the car body as the ground return, then the body grounds to the battery must be heavy-gage and absolutely clean and tight…I would spend the money and isolate the audio amplifier completely from the rest of the cars electrical system…

OE battery to frame looks to be 6ga, like the OE wire from battery to jump post (which connects everything but the starter). There’s a second wire coming off the negative terminal, I didn’t trace it but I suspect it goes to the starter.

Running the numbers… If I’m pushing 100A through a foot of 6ga I’m losing ~0.2 volts. And I’m certainly not doing even half of that. I don’t think the thickness of the wire is a problem here, at least not in terms of voltage instability. Which, no one has answered my original question. Are the new numbers within the expected voltage variance of a “healthy” system?

If so, I’ll swap the negative and leave it at that.

I should clarify… it seems to pick a point between 13.8V and 14.0V and just hang out there, varying by +/- 0.1V, perhaps very slowly drifting up and down within that range. But every here and there the reading jumps down to ~13.3V, but I only see that on my scangauge for one refresh before it jumps back to normal. This looks solid to me, the dips probably some unseen system (something to do with the engine probably) starting and taking a large momentary draw. But I’m not familiar enough with cars to be confident, I guess.

Don’t forget you are using the steel body and frame to carry the ground current from the amp (in the rear of the car?) to the battery in the front. Through many pieces of steel, with old weld joints and old bolted connections, all of which could be rusted.

Check the voltage drop (under load) between the front and back grounds.

A little ways ago I replaced the negative battery terminal too. Now even the dips are gone. It seems quite happy, hanging out at 14V +/-0.1V after starting and migrating gradually downwards to 13.8V +/- 0.1V as it warms up. This seems like a very happy charging loop. I’m gonna leave it like it is and address less critical issues with the car like the blower motor and the AC now.

Speaking of the blower motor… it is, in fact, toast. I grabbed a pull from a junkyard, plugged it in just to test, and it runs better, doesn’t slow down. Also, when I pulled off the cover under the motor, there were carbon deposits directly beneath the motor. It’s dead Jim. Whether it was gonna go on its own or got fried by the electrical issues, it never was the source of the instability.

Good connections are essential for proper current flow. So glad you got it fixed and letting us know what happened.

The voltage can vary on electrical load created by various accessories such as lighting, heater blower motor, and so on.

If you had a good battery and a badly worn blower motor the voltage would vary more compared to a brand new blower. Anytime current consumption goes up voltage goes down and vice-versa.

You might disconnect the battery, charge it, and allow it to sit overnight. Next morning put the voltmeter on it and see what it shows. It should be in the mid 12 volts range or low 12s at worst.
If you’re getting 10s and so on the battery is somewhat shaky.