2017 Kia Sportage - get out now before engine failure?

I have a 2017 Kia Sportage EX that apparently will suffer an engine failure from manufacturing debris left in the engine that eventually will block the oil from circulating. Dealer says I shouldn’t worry until I hit 60 to 70K miles. I have 25K now, but I like taking driving vacations and now I’m afraid to. I had the heat sensor installed that will guarantee an engine replacement, but I’m thinking I should get rid of the car now while it has low mileage? Any suggestions?

but I’m thinking I should get rid of the car now while it has low mileage? Any suggestions?

If you are worried enough to ask complete strangers on the web whether to keep this thing then Yes, replace it.

I like taking driving vacations and now I’m afraid to

If you don’t trust your car, it’s time to get rid of it.

You have at least 25k of warranty left so the worst case is that you get stranded somewhere and have the engine replaced. You could drive it around town and rent something for trips. Are you financially able to replace it and take the inevitable loss?

I have a 2017 Kia Sportage EX that apparently will suffer an engine failure from manufacturing debris left in the engine that eventually will block the oil from circulating.

Although this is Hyundai’s official narrative, the most probable scenario is that due to manufacturing and/or design flaws, the engine produces metal shavings during operation, which may eventually lead to plugged oil passages, damaged bearings, etc. A website (in Korean) which another poster here linked to goes into great depth about the problem, discusses internal changes which Hyundai made over the manufacturing life of this engine to combat the problem, and alleges that the debris/metal shavings aren’t left over from manufacturing, but are in fact generated as the engine wears.

without being captured by the oil pump pickup screen or oil filter ,

Whatever passes thru the oil pump pickup screen then goes to the bypass oil filter.

A bypass oil filter doesn’t filter 100% of the engine oil.

I’d say this is more of an emotional response to what should be a calculated, rational decision.

Do you still owe on the car? Would it cost you more financially to get rid of it?

If the engine does go bad, it sounds like you have at least something resembling a guarantee to replace the engine from Hyundai/Kia.

Does the car meet your needs in life right now? Has it given you any other problems?

Bear in mind, too, that all cars have problems at some point, and if you get rid of this one for a used car, you’ll likely not know anything about the history of the “new to you” used car. Meaning, you could be getting rid of your “known” problems for someone else’s “unknown” problems.

Personally, just from what you’re telling us, I’d be inclined to keep the car and worry about something else.

Selling a car after 3 yrs is expensive if you choose to buy another car. Does not matter if you get retail compensation from dealer. 60% of trade in from dealer is same as 60% from a buyer. Who knows the engine is going to fail.

There is a class action suit on many Kia and hyundai vehicules including yours due to defective engines that could cause a fire.My suggestion is to wait until the vehicule spontaniously ignite so you could be compensated from the class action suit. 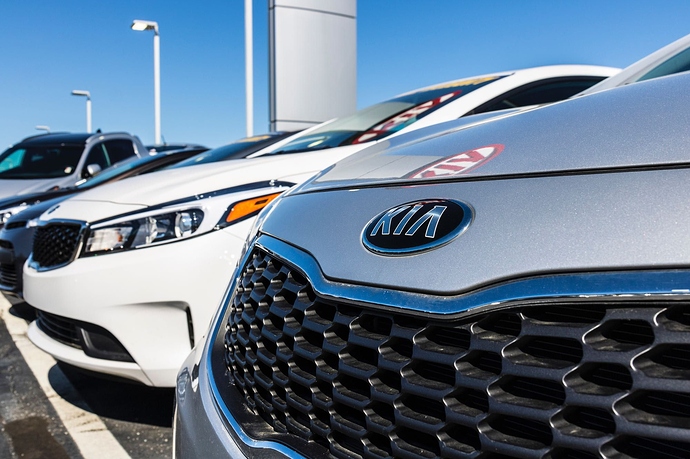 Kia, Hyundai's class action settlement which resolves claims that certain vehicles have engines that can catch fire, has been granted preliminary approval.

My suggestion is to wait until the vehicule spontaniously ignite so you could be compensated from the class action suit.

Do you think Hyundai will pay for the headstone?

They offer a 10 year unlimited warranty on them.