2016 GMC Sierra Denali 2500. Fuel pump exploded while driving 70 miles an hour down Florida turnpike . Total engine failure. 16,410.57 catastrophic damage sending metal shavings throughout system. I WANT TO JOIN CLASS ACTION LAWSUIT. GM has known we all have been driving ticking time bombs but if fighting recall. GMC is Corrupt corporation taking advantage of innocent American citizens. If you driving Gmc vehicle equipped with a defective cp4 pump… be aware you are driving a time bomb and the repair bill is enough to go bankrupt . We are desperate.

Not disputing, but a failed fuel pump damaging the engine, I’ve never heard of that here before. Seems like the worse a failing fuel pump could do is damage the fuel injection system.

Or is this a direct injection engine configuration? Diesel?

The fuel pump is in the fuel tank, how did anything get past your injectors?
Unless you have a diesel with the cp4 fuel pump.

Nobody likes a whiner.

Not disputing, but a failed fuel pump damaging the engine, I’ve never heard of that here before.

“Here” is very limited on exposure to vehicle repair.
A diesel injection pump is driven by the engine. 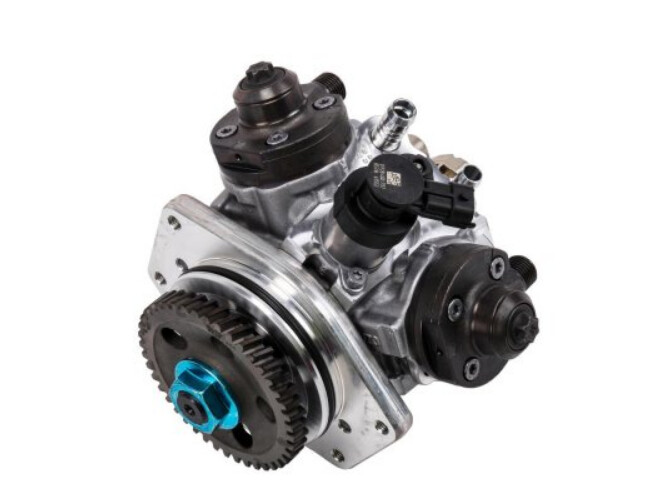 Oh an injector pump, not a fuel pump. That makes sense. I had an old stanadine on the shelf. Rebuilds were $500 back then. When I took it to the junk yard, he just threw it in the misc. bin. Wonder if it’s the same manufacturer. Piece of junk.

Is the OP talking about a diesel truck fuel pump? Cause there has been a ton of issues about Bosch high pressure fuel pumps for the last 10 years. Lawsuits, recalls, more recalls and more lawsuits. When they die they inject metal shavings into the fuel rail and engine. And in fact the issue keeps coming up. I just got a recall notice for my 2021 Ram, which has a diesel engine with a Bosch 4.2 version fuel pump. Most annoying is the fact that no remedy is available yet. So my $55,000 daily driver and tow vehicle has a potential engine destroying bomb mounted under the engine.

Yeah, I am not happy about it either. But mostly because if it goes, I will be without my truck for an unknown amount of time. If the OP has a diesel with a blown fuel pump they ought to do some research on whether there was a recall or service bulletin, or legal settlement on the truck in the past. If the truck has low miles… there is a good chance that some compromise on cost will be made by the manufacturer. At least that has been the pattern for MOPAR/Stelantis vehicles.

Then join one, why are you even here. Go look for your Class Action Suit.

@Tjoanette - are you sure the engine is junk? the $16,000 repair bill sounds more like a complete replace of the fuel system, not an engine- which I’m hearing a Duramax replacement engine is upwards of $25-30k just for the engine.

double check your warranty. The fuel system should be part of the emissions system for GM, and thus covered by a longer warranty- 8 years, higher mileage (sorry, i’m unsure of the actual mileage number at the moment.) If this is under warranty- get it fixed that way.

The entire fuel system had to be replaced because of a defective Cp4 fuel pump.

yeah, unfortunately when these fail, they fail big- and send TONS of metal through the system. Everything in the fuel system needs replaced to make sure all the metal is out.

I have a 2014 Duramax that has had this done twice- both of which were done under warranty before I had hit 100,000 miles. Since then, I’ve had zero issues with it (215,000 miles on it now.) Hopefully yours is done having issues, too.

The OP has a point and SHOULD be considering hiring an attorney. As I indicated in my earlier post the Bosch V 4.X fuel pump has been known as a P.O.S. since it replaced V #3 years ago. The pump has been wrecking havoc in diesels nationwide.

Fiat/Chrysler/Stelantis has decided to replace them all even though an improved pump is not yet available. For engines that have already been destroyed, there is an appeal process to get a replacement engine, which admittedly are in short supply, but at least they aren’t leaving us Ram owners completely out to dry financially.

This is an ugly process and I suspect its one reason Ram has dropped the 3.0 liter eco diesel engine for 2023.

So is the same pump used by Gm and Chrysler? And who makes them? Just curious is all.

I think back when Gm could have used the more forgiving Mercedes’ pump but decided not to.