I have a 2012 Honda Civic EX 1.8 with 195,000 miles. Recently, I’ve been having issues with a number of lights showing up on my dash and the power steering has gone out multiple times with no warning. The most recent time, the power steering was completely out for over 24 hours and is now working again but I’m still getting the lights for VSA and EPS. The airbag and ABS lights rarely come on, but they do seem to go on and off occasionally. I recently replaced my battery because I was having other electrical issues and that fixed those problems, but these lights on my dash remain an issue. The car also sometimes jerks on acceleration.

I’m assuming that at least a few of the lights/issues are related to one another since the computer will often throw multiple codes if any of the above issues occurs. Any suggestions as to what the root cause may be? I have found that a lot of Honda/Acura owners have experienced similar problems although no one seems to have a solid answer as to what causes this issue among Hondas and Acuras. All answers seem to be different.

Regarding the steering, have you checked the fluid? When the fluid gets low, you can lose power steering, particularly in turns or when accelerating or slowing down, when what little fluid is in there sloshes to one side of its container.

@Whitey are those not the codes I posted before the diagnosis?

Also, the 2012 Honda Civic EX 1.8 does not have power steering fluid, it is electronic.

They’re usually formatted P#####, where the #s are digits.

That may be an indication that the Body Control Module is failing. 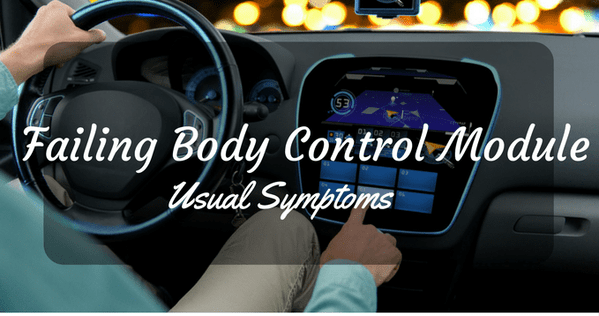 Do you want to know the most common symptoms of a malfunctioning Body Control Module (BCM) of your car? Also on this article, you will discover ...

@Whitey I have confirmed that those are the exact codes being thrown. No P codes are being thrown currently.

I took the vehicle to a guy for the whole computer to be reset. The VSA light came back on and shortly after, the EPS light came back on. I drove it around for a while and the power steering was working fine despite the light. At one point, both lights went off but then returned just about 30 seconds later.

@Tester I’ll be looking into that but I believe it may be a specific module since there seems to be an issue with Hondas and Acuras having this occur at mileage as low as 500 miles.

Update: after having the car thoroughly inspected and tested, it seems that the VSA modulator has gone bad. Unfortunately looking at $800+ for the part alone plus labor to install plus the additional cost to reprogram the modulator.

I have confirmed that those are the exact codes being thrown. No P codes are being thrown currently.

Those are Honda-only codes, specific to this car, unrelated to the drive-train (engine & transmission)

25-120: That’s a problem w/the yaw rate signal from a sensor inside the modulator unit.

81-20: That’s a problem with the lateral acceleration sensor signal

In any event, a VSA modulator malfunction is consistent w/the first two codes at least. Before replacing it, your shop should first make sure the VSA modulator is getting proper power and ground to spec, and the associated connectors are in good condition.

@George_San_Jose1 k have confirmed that the VSA modulator has gone bad. $800-1200 for the part online and $360 for the install, reflash, and bleeding of the brakes. Lovely.

Sorry for the unexpected expense there — something that comes w/ modern car hi-tech I guess – but good thing that you got the root of the problem under control at least. Best of luck.

It’s interesting the sensor costs that much. Recently someone gave me their old cell phone for free, since they bought a new one with more G’s (whatever that is), and the old one with not enough G’s wasn’t of any use to them. Inside, the high tech includes two digital cameras, gps satellite receiver, and both a proximity sensor and an accelerometer sensor. Not that the following link would do you any good for your Civic’s VSA problem, but for cost comparison here’s a brand new 3D accelerometer sensor available for $35.