My daughter has a 2010 forester with 92K miles on it that she got from us. The car has had oil changes according to the schedule and has always gone to the dealer that sold us the car for this service. At the last oil change the service people told my daughter that they couldn’t get the drain plug back in correctly since the threads on the pan were ‘worn out’ in their words. She would need a new oil pan. When i asked how this could be the service mgr said has had over 20 oil changes and it has worn the threads away. So i said that my old 04 outback had over 150K miles and more than twice the number of oil changes without this problem he shrugged and said it must not be made as well. It has been my understanding that unless damaged an oil pan should last the life of the car. I am thinking that over the years the techs doing the oil changes have not been careful with the plug and have damaged the pan. Am I nuts or are they making the pans cheaper now?

You are probably correct and the threads are crossed. If you always had oil changes at the same shop, you might have a case. You could authorized the repair if they give you the old oil pan after replacement. Then you could check the threads to see how they are damaged. If it is abuse, you know who did it if this shop is the only one to change the oil. If you used more than one shop, there is no telling who did it and you need the oil pan anyway.

This is why I do my own oil change… I blame myself if something goes wrong.

This is why I do my own oil change… I blame myself if something goes wrong.

… and then if I still need to take my car to a service, once I get it back, I inspect it like I’m buying a new one

The service mgr said it was not crossthreaded but there was basically only 1 thread left on the pan to hold the plug. And yes, it has gone to the same shop for every oil change. Which leads me to believe either the oil pan was substandard to begin with or the plug had been over torqued during oil changes at the shop. I did a google search to see if this was a known issue but didn’t find anything.

At the last oil change the service people told my daughter that they couldn’t get the drain plug back in correctly since the threads on the pan were ‘worn out’ in their words. She would need a new oil pan.

Both of these sentences are each individually total 100% bull.
I’ve been changing my own oil for over 1/2 century, many of my cars having gone over 200,000 miles (my current one has 252,000 miles). One of my vehicles went 338,000 miles… it got totaled in an accident. I have never had a problem with drain holes. If the job is done properly the drainholes do not wear out.

And, if they DO get stripped, there are tools and methods to correct the problem for very little cash. If the lead threads are damaged, there are “backtaps” that insert into the hole and reform the lead threads as the backtap is removed. If the threads have been cross-threaded, there are self-tapping oversize plugs that can be installed as well as inexpensive kits to rethread the hole oversize and install new threads (helicoils).

I’ve attached images of a backtap and a helicoil kit for your reference. 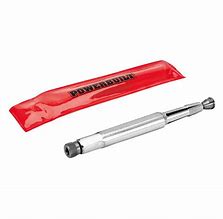 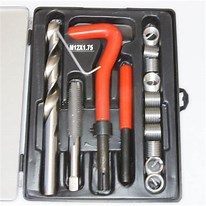 I agree 100% with mountainbike.
The sad reality is that somebody at that dealership cross-threaded the drain plug, and now the OP has to pay the price of that ham-handedness and dishonesty.

The OP should take his vehicle to a well-reputed independent mechanic’s shop for the installation of a helicoil, as the dealership will surely not agree to do that job.

Clearly somebody screwed up and damaged the thread. Whoever did this has to own up to rethreading or replacing the oil pan. I have serviced cars 25 years old and never had to replace or rethread a plug.

I would follow jtsanders advice. They can most definitely fix the old pan and not even have to remove it to do so. BTW- don’t let them put a self tapping plug in there, that would be the cheaper approach but not last very long.

If they did all the oil changes and they said the pan must be replaced, then it’s their responsibility to replace it - not do some maybe-just-as-good repair.

Since the oil pan is made of stamped steel, 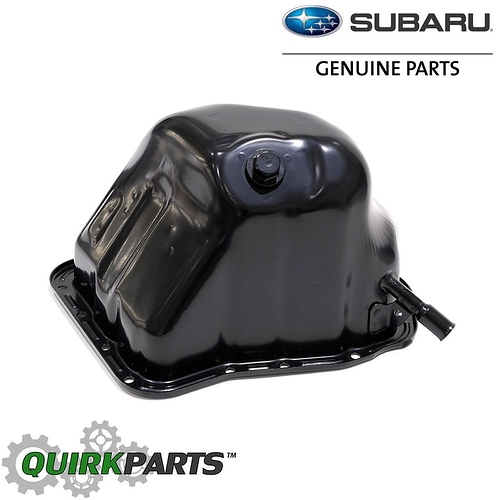 I don’t see why they just don’t weld a bung around the drain hole, and install a pipe plug?

Threads on an oil pan do not wear out. They are often damaged due to cross-threading or from being overtightened.,

Since the dealer has always been the one to do the oil changes this means that at some point (or several points…) someone has damaged the threads during the oil change procedure.
Holding them responsible ma be difficult short of going to small claims court unless they cave in to common sense and do the repairs free of charge. That is what should happen.

The pan does NOT to be replaced. There are half a dozen ways to easily repair it.

For what it’s worth after working for Subaru a long time I can say that I’ve seen countless damaged Subaru oil pans and only one needed to be replaced but there’s a story behind that one.
Many problems are caused by reusing the old drain plug gasket or by leaiving it off entirely.

Their turn to do the right thing.

Concur with the comments above, the threads didn’t “wear out”. I’ve replaced the oil in my own cars as a diy’er for decades, and never experienced that problem. Possibly cross-threaded, but more likely the plug was just over-tightened. Enough of that and the threads deform permanently. The shop manuals I’ve seen generally specify a new gasket be installed, and the drain plug tightened to a certain torque, a certain number of foot pounds. The problem is, first they don’t stock the gaskets possibly, and that the shop has an incentive to over-tighten, b/c not tight enough and the drain plug falls out, all the oil drains, and the shop might be liable for a replacement engine to the tune of $6,000. Better to wear out the threads in the oil pan than that, at least from a business perspective.

Is this just a cheaply made oil pan? Possibly. Not all oil pans are equal. They use different thicknesses of metal, etc. No way to tell over the internet. I don’t recall hearing about this problem here, specific to Foresters though. You might try the forum search feature, click that icon that looks like a magnifying glass top right on this page.

What’s the best solution? Again, hard to say. I think if I had that problem I’d take it over to the local automobile machine shop and get their opinion.