Car has 60 miles on it. What are the potential mechanical problems am I in for after the car has sat for the past 10 years

Fuel system issues due to aged gasoline and rubber parts such as tires and belt. Possibly brake hydraulics.

It’s not uncommon for fuel pumps to be inoperative or fail soon once the car is up running so I’d clear that issue first. The old gas has got to go.

Sir, thank you for responding. The car was supposedly started every 2 weeks, but never driven. Any other thoughts? Thank you!

Check the manual and note items that have an age/mileage lifespan and note that you probably have some components that are due for a change (especially rubber components that will age whether the car is actually driven or not). I would do an oil change too. Even if they started it every 2 weeks, you don’t know if they let the engine heat up to normal operating temps. Is the car really an 08 Mustang? I’m not really sure that I would personally put one of them in a museum, but to each their own!

Anything made of rubber is suspect.

I’d change the battery and the tires, those are well beyond their life. Drain the fuel tank and replace with fresh gasoline. Change the oil and oil filter. And then try to start it. If it has a timing belt, replace that soon.

Brakes and brake lines are suspect as are the high voltage wires.

uh, started every 2 weeks? for 10yrs? an idled inside building for how long each time? do you mean “museum” as in a car that was in storage and never titled? that aside, what model mustang is this? shelby gt500 or some 08’ attempt by ford to make a “supercar” model? ford had the shelby and cobra models and saleen too?

The car was supposedly started every 2 weeks

How long did they run the engine each time that it was started?
How often was the oil changed?
This engine could very well be choked with an incredible amount of sludge.

What is this vehicle ? Is it worth the possibility of spending hundreds or even thousands to revive it.
Tires, brakes, all fluids, fuel tank and lines, and possible mold in the interior.

Sir, it’s an Mustang Bullitt edition. Yku can find it on ebay now. 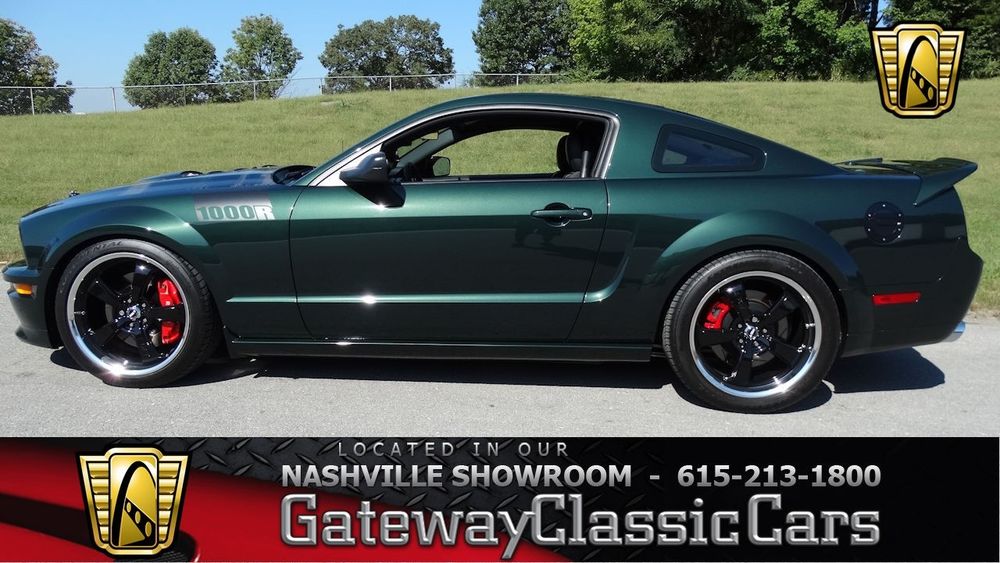 With more than2,500 of the World's finest collector vehicles located in 18 state-of-the-art showrooms across the US. About NSH Gateway Classic Cars. This vehicle is "For Sale by Owner," displayed at Gateway Classic Cars, who is acting only as a Sales... 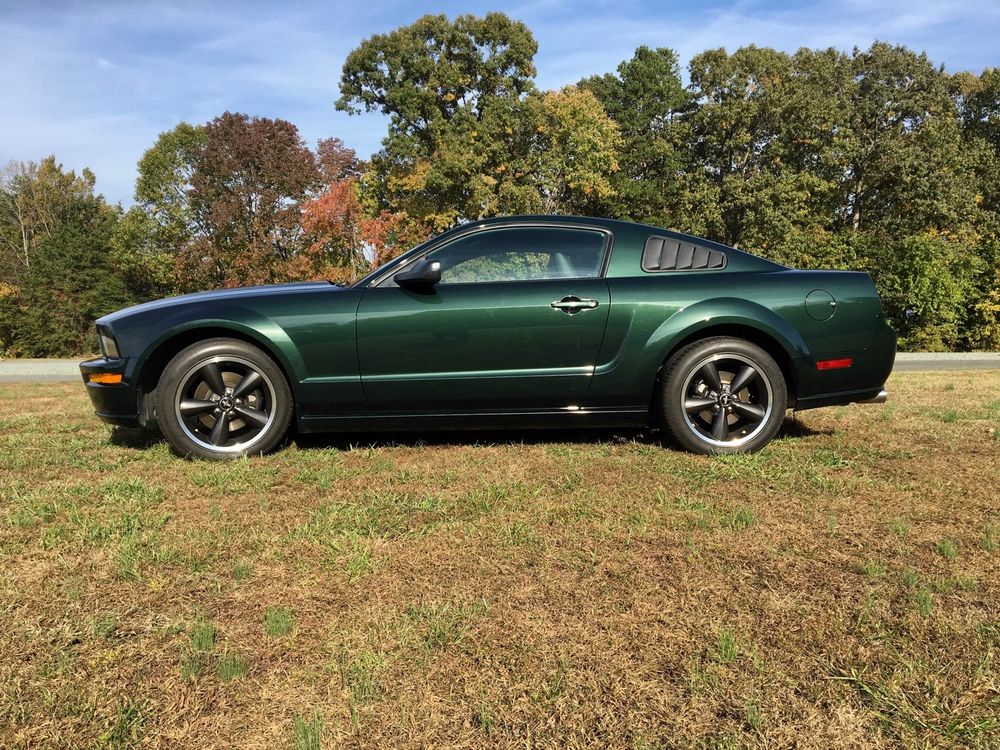 Car is in Canada, was stored in PA and has 60 miles. Auto check has 8 things on it . How does a car with 60 miles hasve 8 records on Autocheck. Buyer has to pay shipping. What could possibly go wrong ?

It sounds like the current owner is starting the engine every two weeks, the museum wouldn’t have done that, there is no reason to do so, that is unnecessary wear.

I see a lot of low mileage 2005 to 2010 cars with original tires and belts, they are just fine, those items don’t fail unexpectedly. The tires should be inspected for dry-rot, tires on vehicles stored inside a building generally don’t suffer from dry rot.

Hence the questions. I’ve changed brakes, swapped transmissions, replaced U-joints, changed oil, filters, spark plugs etc mostly on a 69 Nova and 72 Monte Carlo. My skills are dated, and if you read the ad, the seller is touting this as some kind of grail car, when in my opinion, it would be discovery learning as things went wrong with the car after driving it the first year, after it had sat for the past 10. Sure, change all the rubber hoses and fluids, even after that, what happens? Engine break in?

For a 2008 that’s been started and idled to full operating temperature every 2 weeks, I don’t expect you’ll have much trouble beyond putting in fresh gas and inspecting all the major rubber components (tires, belts, etc), Seems common sense to drive it very gently at first to test out how it behaves, and fairly gently for the first few thousand miles. For example don’t drive it on the freeway at 70 mph for long distances. Try to choose a route where you have to vary the speed a lot. If you want to eventually use it as a performance car, test the limits so to speak, have it inspected by a pro mechanic first. They’ll probably recommend to replace the tires, some of the braking components, and will inspect the suspension for failing bushings.

The Pennsylvania museum may well have been the Simeone Foundation Automotive Museum in Philadelphia. All of their cars are driven periodically. If it came from their collection,it didn’t sit unused all that time. If Simeone was the owner at some point, that’s a plus.

Another issue is whether you want to drive a car with 60 miles on it. Extremely low mileage is worth money, especially as the car ages. If you want this car as an investment, drive it infrequently to retain the low mileage cache.

@Kago_Tatsuya As far as I can tell you plan to use this as a driver and while you have some mechanical skills you seem to indicate they are limited. $39000.00 to buy it - shipping fees that are not cheap - fees to cross borders - plus I don’t think you are in the USA so you may have import fees. You start driving this thing and the value will drop plus normal insurance will not cover this so you need agreed value insurance. It is your decision but seriously for less money you could have a brand new Mustang GT with warranty and not have to worry about problems.

You must have money to burn if you are going to drive a museum car, if you drive this car it might be worth $15,000 a year from now. It would be better for this car to be purchased by another museum but the price is probably too high considering the new owners frequent use of the car.

As far as needing a lot of work, if I purchased a 2008 Mustang with 75,000 miles on it I wouldn’t expect to have to replace all the rubber parts on the car, it should be no worse than any other car. Why would a car kept in a building be in poor condition?

barrett/jackson is on now from florida. they were really talking up a 07 Iaccoca mustang. made 59/60 of them? sold for 49k. 59/60 is a low number for sure. that makes it valuable? its purely an investment question here. mechanically its the same as any other mustang. do folks assign value based on rarity? and than sell it for that value or more as time goes on? i guess so