I have been told I need a new ECU. Neither the repair shop nor I have been able to find the exact replacement (outside of going to the dealer)… Does anyone have any recommendation for a company that provides these?

See if one can be attained from a local auto recycler.

Now I don’t know if they actually have one but a web search shows several places that sell ECU .
Even the Autozone web site has a remanufactured ECU listed .

I suspect that the shop just does not want to mess with this repair .

Have you tried these? I did a web search and these are a sample of what is available. 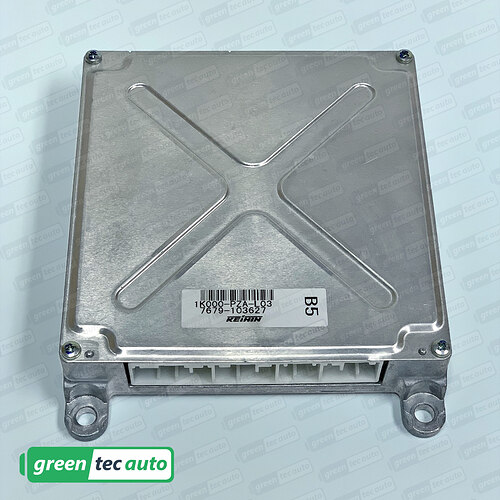 RockAuto ships auto parts and body parts from over 300 manufacturers to customers' doors worldwide, all at warehouse prices. Easy to use parts catalog.

I would go to the dealer, have them diagnose the problem, and if necessary replace the PCM (which is what I assume is meant by ECU). The 2005 Civic has a security system, and a used PCM from a junkyard is unlikely to work without reprogramming, and the dealer is unlikely to be willing/able to reprogram a used PCM. Usually, the software tools available at the dealer level can only record a VIN and other necessary parameters into a new/blank PCM, and cannot erase/reprogram this information to a used one which was already programmed. Without proper programming, the security system will not allow your engine to start.

How do you know that’s the problem, OP?

I tend to go along with texases as ECU failure is not that common and “blame the computer” is; often by shops.

What are the symptoms or codes if any? From a vague memory I seem to recall there are 3 or 4 fuses involved in the ECU operation so I would hope the possibility of an open fuse has at least been checked.

I need a new ECU. Neither the repair shop nor I have been able to find the exact replacement (outside of going to the dealer)

I doubt even a Honda dealership will stock a brand new ECU exact replacement part for your 17 year old car. You’ll likely have to use a re-furbished used unit. The advice above to ask a dealership shop to handle this problem for you soup-to-nuts seems sound however, as the job will likely involve a complex reprogramming job, possibly requiring electronic tools only a dealership will have. If you decide to use a non-dealership shop, be sure to ask how they plan to deal with the security system, transmission controls and sensors, and any state requirements involving things like preserving the current mileage on the odometer, etc.

For more info on ECU replacement, suggest to surf over to the Summit Racing website.

Have you entertained the idea your current ECU might could be removed and bench-repaired? If that was possible, the computer software configuration problem would already be solved.

and a used PCM from a junkyard is unlikely to work without reprogramming,

Thank you all. I would be happy to get a refurbished unit, but have been led to believe by both the repair shop and the dealer that the 11 digit code assigned to the ECU needs to be an exact match. When I look online I cannot find an ECU that matches. Also, it has been confirmed that the manufacturer does not have anymore. If anyone knows whether I can somehow used a mismatched unit I would be interested. As to whether or not it is an ECU problem, if codes should show up then I’ll ask the shop for those. I am just going by what they have told me so far, and I do trust them.

Is your car required to pass a state emissions test from time to time, like every 2 years? If so, that might further complicate the matter.

A remanufactured PCM should have the immobilizer data already cleared and ready for the installer to register the vehicle’s security data to new PCM.

As to whether or not it is an ECU problem,

If not certain, probably a good idea to investigate this further before presuming you need a replacement ECU. ECU failure is not a very common problem by the reports we get here. Ask your shop for the reason(s) they think the ECU needs to be replaced. One valid reason could be the battery was installed backward or a jump-start was wired up backward. Did anything like that occur?

No emissions testing required. There has been a recent battery jump attempt on old battery and new battery replacement but both were after car started having no start problem.

Nevada…does that mean I don’t need an exact number match. For example, mine is labeled 37820-PMP-130

after car started having no start problem

Maybe you should go back to square one here. What symptom are your trying to solve? If no-start is the only problem, is the the kind of no start where it cranks ok – that rrr rrrr rrr sound – but won’t catch and run? Or it doesn’t crank w/key in start?

Both nothing and cranking with no start intermittently. Also, intermittent rpm problems, killing idle problems. Thanks

It sounds like you have the seventh generation, made from 2001-2005. You might do some searches on Civic forums to see if others have had similar problems with that generation. There may be some other causes that are easier to test for, since replacing the ECM is difficult and expensive.