Hi, and thanks for taking the time to read this. My grandmother just gave me her 2001 Buick Century. The car was starting just fine, but then when I took the air filter out and cleaned it, then put it back, the car wont start now. It just cranks and cranks, but wont turn over. I took the filter out and re-sat it and attached the hose once more, but that didnt do anything. The fuel gauge doesnt work, so I thought maybe it had simply run out of gas. Filled it with 2 gallons of 87 and tried to start the car again, but no luck.

Before cleaning the air filter I bought a cheap OBD2 scanner, which reveals a P0135. I ran the OBD2 scan again and now its also showing a P0446. What would you guys suggest I try to get the car started?

How did you clean this air filter ? They are meant to be replaced , not cleaned .

Those vehicles are very sensitive to anything being wrong with the MAF sensor… That is the Mass Airflow Sensor…it is located in the intake snorkel between the Air Filter and the engines throttle body. Check to see if it is unplugged and or clean it with something like Brake Cleaner, MAF spray or Starting fluid… Any kind of fast evaporating solvent spray will fit the bill…

Also @VOLVO_V70 makes a good point in asking that question… It also leads me to suspect something may have happened to that MAF… Take a look at it.

To clean the air filter, I removed it from the housing unit. Took it inside and smacked it against a countertop about 10 times, then took it back to the car and put it back in the housing unit. I did not use any water…just a few simple smacks on the counter to get rid of the dirt and debris.

I’ll google what the mass air flow sensor looks like and clean it with some starter fluid I just bought. It will have to wait until tomorrow because I drained the battery while trying to get the car started, and my jump starter needs to be charged.

Spray some starter spray into the air intake. If it starts and runs briefly, then stalls you know you have a fuel problem. Otherwise likely a spark problem. Neither code would indicate a problem that would likely prevent starting. If the above test indicates a fuel problem, you might try starting it with the fuel cap loosened as an experiment. My guess is you inadvertently disconnected an electrical connector while working on the air filter and that’s why it isn’t starting (i.e. no spark). It’s possible you damaged the maf, but I’d guess it would start even if the maf wasn’t working. But it would run poorly. I wouldn’t mess with the maf until you know the results of the starter spray experiment.

Ah…I already took the MAF off and the hose it was connected to and cleaned both sith some starter spray a few minutes before you posted. 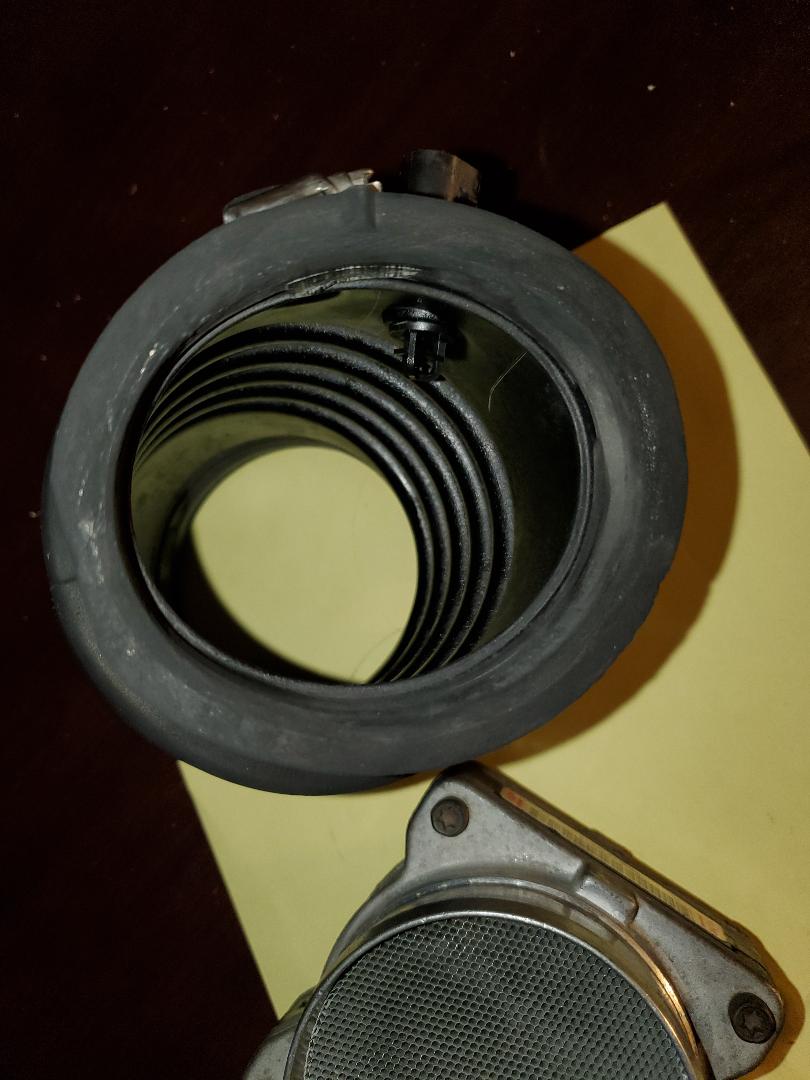 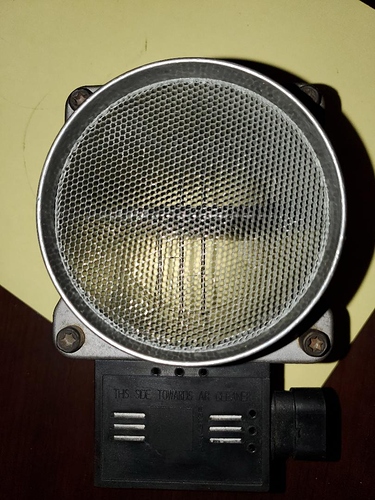 Tried to put all 3 pics in my reply, but received and error saying new members could only post 1 pic at a time 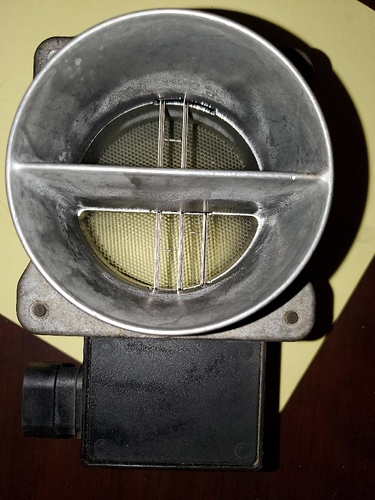 Well, maybe it will work!

UPDATE mSO I got the car running again like it was before. It was me dumb fault. Earlier in the day I attempted to clean the O2 sensor in bank 1 hoping that it would clear the P0135 code. I had forgotten that I did that, and happened to see a disconnected wire near that sensor. Plugged it in and the car started right up. Thanks for all your help guys!!!

Glad you are back on the road w/a reliable runner again. Good for you.

Now put a new air filter in. If it was dirty enough to bang on the counter, it should be changed. What are they, $10-20? I used to just take a trouble light and see how much light you could see through it to determine how dirty it was.