My truck is a 2000 Chevy s10 pickup. It was sitting in my driveway. I went to spray some water on the windshield. All of sudden it began to try and start by itself. Now I don’t have remote starter. I know I’m the only owner. It kept on cranking. I jump in the seat and pet the key in but it wouldn’t star. Finally I just opened the hood and pulled the main fuse. Didn’t touch I for a day or so then I inserted fuse back in and it stated right up. But I’m afraid when its starts to rain it could happen zgain. Any thoughts?

I presume hood was down when you sprayed water on windshield. hmmm … Hard to say how that could happen. Water must be getting on something and creating a partial short between electrical connectors. Most likely this would occur in wires connected to an electronics module. hmmm … so what to do next? I think if I had this problem I’d pop hte hood and use a spray bottle spray a fine mist of water here and there around the engine compartment. Make sure truck is in P or neutral , parking brake fully engaged, of course.

Never had that problem, but years ago had VW Rabbit that would consistently stall when running over puddle of water in road. I sprayed water from hose in every direction imaginable over, under engine compartment, could never get it to stall or even hesitate. Then I’d get in car, drive it over a puddle, stall … lol… eventually removed ignition coil from firewall, inspected on bench,notice tiny crack, replaced ,never puddle-stalled again. Not suggesting your problem is ignition coil, just that the cause for this sort of thing might be hard to find.

Make sure drains under the windshield area, cowl area, are clean of twigs, leaves, debris. Shop vac that area. If drains there plug, water from windshield won’t be able to follow designed path to ground, and may end up instead flowing into engine compartment.

George, your Rabbit had a stalling problem

OP’s vehicle has a “cranks by itself” problem

Never had that problem, but years ago had VW Rabbit that would consistently stall when running over puddle of water

Somehow I don’t think onetime9 is interested in your years ago Rabbit problem that does not match his problem.

Unbolt, unplug the firewall bulkhead connector and inspect it for corrosion or damage. 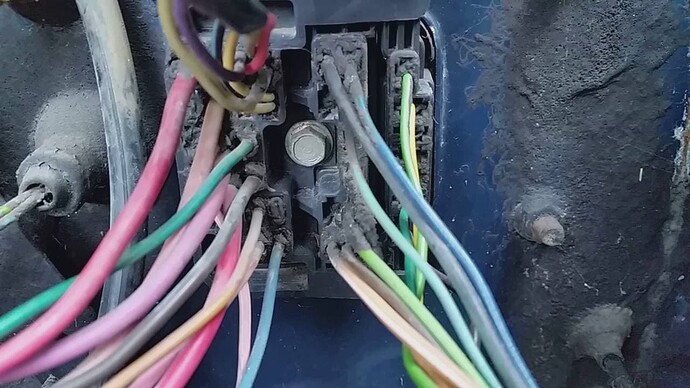