Could a vent valve malfunctioning cause any e gine performance or poor gas mileage problems? And last night my Daughter & i drove to Sandusky Ohio from Toledo Ohio with my boat in tow and at the end of the trip the car kept stalling out at idle & running erratically at times. I also wondered if that could be a bad crankshaft position sensor, if that could be an intermittent problem.

Are these the symptoms that are causing you to want to replace the canister? Or is the canister related diagnostic code the reason? If so I’m thinking there’s some more diagnostic work needed before embarking on dropping the fuel tank for canister replacement. You may save yourself a lot of unnecessary effort and expense.

Probably the most common canister problem is that gasoline saturates the charcoal, allowing the charcoal slush to escape and clog the purge and/or vent valves. Purge and vent valve codes often result. Clogged purge & vent valves wouldn’t usually affect engine performance, at least not much.

A faulty crank position sensor could cause misfires, shaking, even stalling. That part is hard to test for a driveway diy’er, but before replacing a crank sensor I’d do a fuel trim test first. If you have misfires you’ll have fuel going directly into the exhaust, confusing the computer’s mixture settings.

with my boat in tow and at the end of the trip the car kept stalling out at idle & running erratically at times.

You’re towing a boat with a Century?

Let’s back up a bit. What’s the fault code or symptom that you were originally trying to solve by replacing the canister?

22 year old Buick Century that has several threads about it’s problems being used to tow a boat ? Why in the world do you not replace this thing with a pickup truck ?

But a ckp sensor could also cause repeated stalling out, especially when hot

Some sensors are fine cold, but go open circuit when hot

I don’t think he is pulling a 2000 lb boat, but maybe. Close to the Great Lakes where you need a big boat. 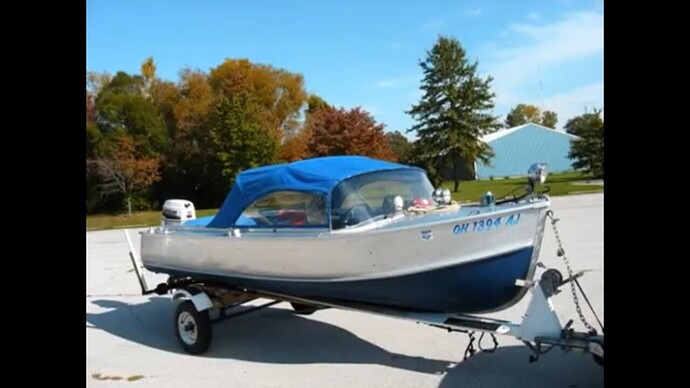 I dont remember the exact code number of this evaporative emissions trouble code, was a few years ago

Most evaporative emission faults are for leaks, I am not aware of one that indicates a vapor canister failure.

You forgot the …lol at the end of that sentence! That aluminum runabout is well under 2000 lbs.

A laugh indeed! Thats why they make those smaller Reese hitches, for such diminutive watercraft. But I have fun with it! 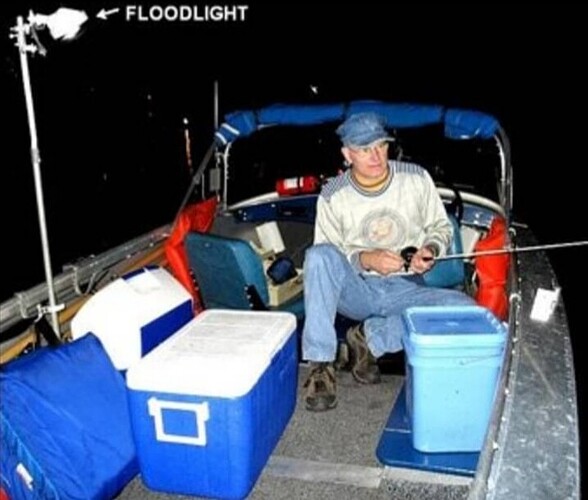 Well you have a top and a steering wheel. Around here that is a yacht.

Hahaha! Is the common vessel there a boat with a tiller steered outboard, like these 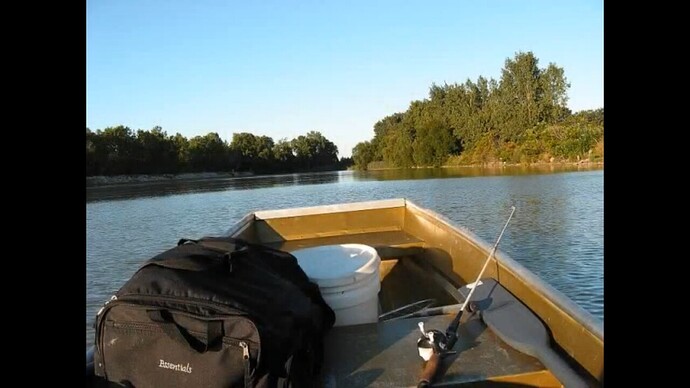 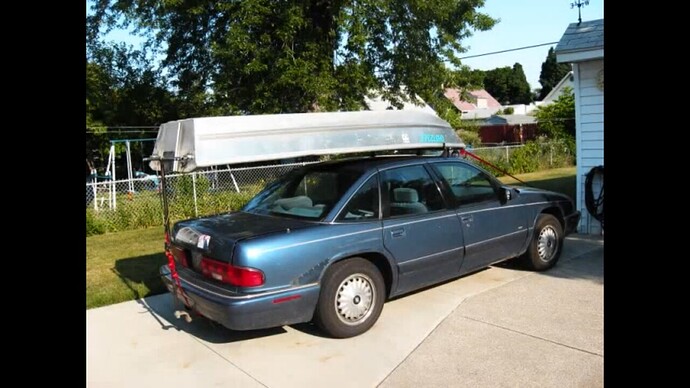 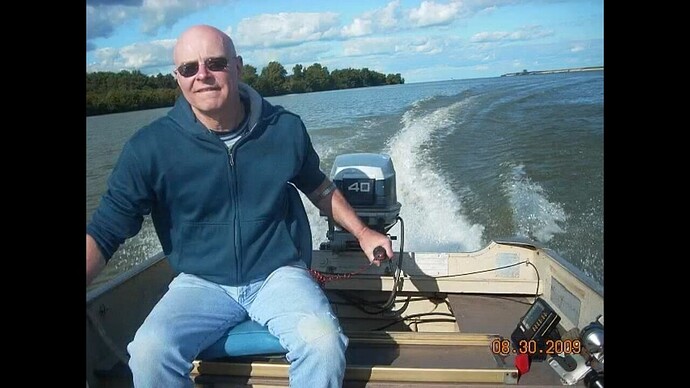 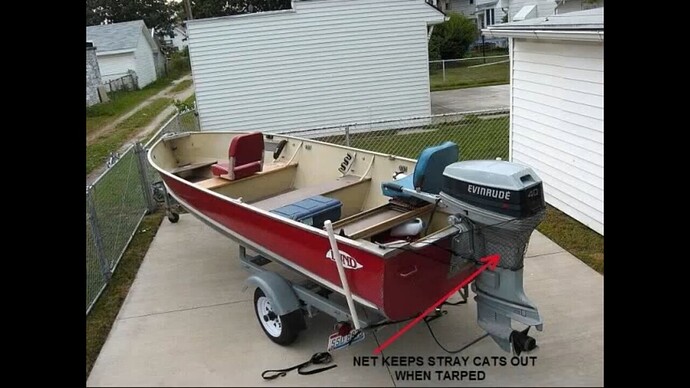 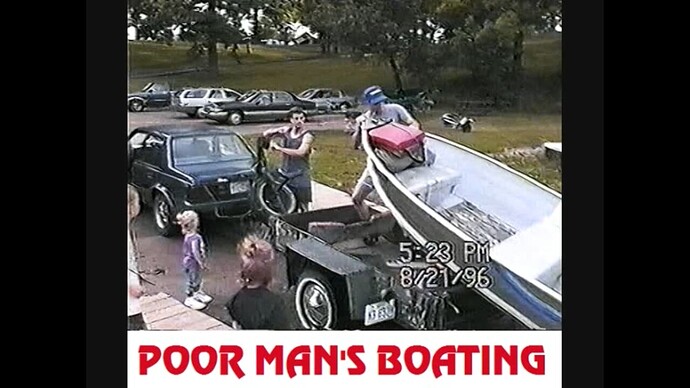 Yeah if you have a motor, but spent many hours pointing out the destination to dad as he rowed. Wow, a motor, top, and steering wheel. Pure luxury.

I dont remember the exact code number of this evaporative emissions trouble code, was a few years ago

You had a fault code for some sort of EVAP issue a few years ago and the car is stalling today. I hardly think the two are related.

Its doing more than stalling, engine is chugging sometimes at idle & when driving at a steady slow speed. Also poor gas mileage. And many times when i accelerate from a stop it leaps forward a bit. And usually when i start the engine there is a sound like a small afterburning type of backfire.

Bing, here was my first boat… 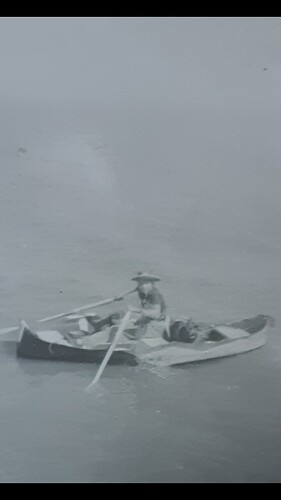 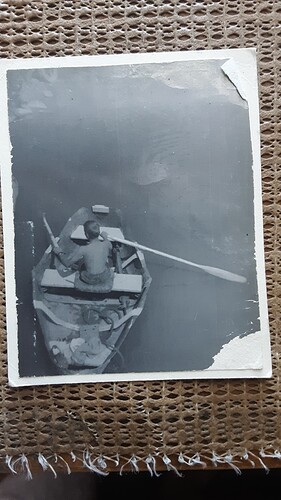 The little 8 foot rowboat was 2 old 1930’s era car hoods welded together & braced up, and with seats added.

After checking out my evap system components, all was working ok. I then cleaned my MAP sensor very carefully and thoroughly, no noticable improvement even though the sensor was obviously dirty. I took the car to a professional garage and had the engine analyzed, no faulty components. He did say there was evidence of random cylinder misfire in 5 cylinders causing carbon buildup on valves & upper cylinders and told me to run a tank of high octane gasoline on the expressway with a fuel system cleaner such as Seafoam or Lucasoil and see if there was improvement in the rough running and poor fuel mileage. He also said that with the oil filler cap off the car ran even rougher, although I didn’t understand his explanation for that. I bought a can of Seafoam High Mileage treatment. Some of the reviews I read about that online said that it would be good to have only about 1/8 tank of fuel with the can of seafoam and said nothing about using high octane gas. I ran the 16 0z. can of Seafoam and 1/8 tank of gas almost completely out on an expressway cruise but still no noticable improvement at the end of the trip, still a rough idle. Also, reviews indicated that Seafoam would produce exhaust smoke but there was none of that even with my rich mixture of Seafoam so I don’t understand that. But would running a full tank of high octane gas be more likely to burn up carbon deposits? And what would be the best fuel system cleaner to use? The mechanic yesterday didn’t recommend any one specific product.

Don’t waste your money on high octane gas, It will do absolutely nothing except burn a larger hole in your wallet.

Have you checked the idle air control valve and its passage?