Replaced maf. Throttle control sensor, o2 sensor, plugs,plug wires,ignition coils,and now it runs for 1sec and shakes its self off hard and will not idle. 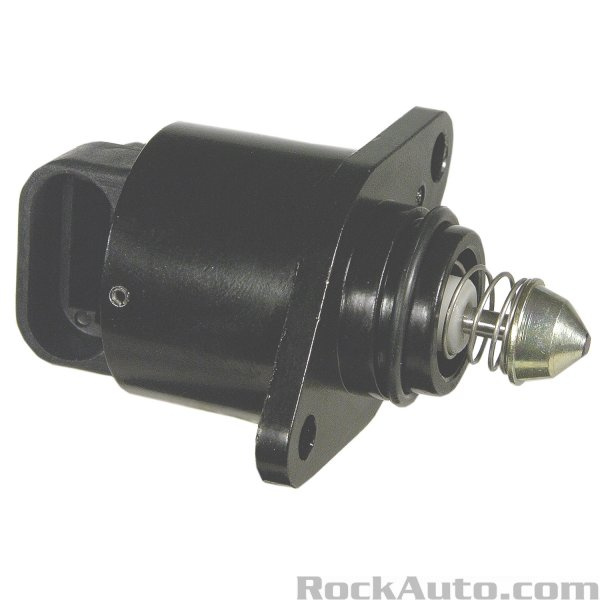 Make sure the EGR valve is clean and not stuck open.

On some cars the fuel pump will shut off if the computer gets a low oil pressure signal. Check your wiring diagram. The OP sensor may be bad.

Pressure test the fuel system with just key on and at startup. Should be about 45 psi.

From what I can tell in the electrical diagrams, the oil pressure switch on this vehicle solely controls an idiot light.

Aside from IAC, EGR, and fuel pressure mentioned above, also check:

What error codes are you getting, if any. If you still have the old throttle control sensor, I would put it back on and see if that helps.

Just out of curiosity, why did you replace all those things?

Cause the error codes said .according to autozone but i lost faith in them the 3rd time they ordered the wrong part and makenme wait aweek.and the part didnt fix the issue, i made the error code list go from 2pages to 1 items.whwn i started picking the itema i get and looking into what i needed.the only code left now is one that doesnt make sense its one that is for a misfire .but after replacing all the stuff i did i dont understand why its still running that coode and shaking ,its self to a stall .

Why did you teplace that stuff? Symptoms?
Seems like current problem is air/fuel problrm. Check vacuum leaks and fuel pressure.

This is a new issue after replacing all that i fixed other error code issues is y i replaced those items .and my daughter ordered wrongparts and just said she wanted them and ask me to install them anyways .the car was having multiple errors misfires and a list of things now the only code left says the same code p0304 but i replaced all the stuff that would or should have fixed that.

P0304 is a misfire on cylinder 4. Since you already replaced plugs, wires and all that stuff, I would take a look at the fuel injector. A good cleaning might just take care of it.

Edit You could also switch the cylinder 4 fuel injector with one from another cylinder and see if the problem moves with it. If yes, it the injector.

,it runs ok better then it did after replacing the idle console sensor then when i turn the ac on it stalls autozone tell me i need the icbm and O’Reilly said its a tcv but its not shifting now at 4000 rpm or higher with or without the ac on autozone said i need a ignition control module and O’Reilly said i should try a ignition control valve. But when u look under the hood and have the ac turned on the pulley for ac motor looks like its straining the belt and engine.

Unless this is a hobby car and you are interested in learning how to fix this and that, I would recommend it’s time to get professional help, in form of a mechanic.

Now you have still problems with engine stalls AND transmission issues.

You been throwing parts left and right on this car and having so many various issues that seem to evolve into new ones each time you visit O’Reilly or Autozone with new error codes. That’s an expansive way to learn.

Yep its a learning car for my daughter’s first .never had so many issues and fixed all but the first code that poped and its still having more problems and everything just keeps falling apart i told her i would junk it but she cant get a new car and has put all her money into it.would a camshaft problem make the the transmission start shifting higher