My radiator leaks I put stop leak in it and it still leaks will a egg or black pepper work???

Sure try anything you want, if you don’t mind the car giving up the ghost at anytime and being hauled off to the junkyard.
If you want to keep the car, have the cooling system fixed correctly.

If the stop leak didn’t work, egg and pepper probably won’t either. If it is the radiator, Replacing the radiator will work every time…

I have a can of black pepper in the shop just for this reason.

But it’s only temporary.

The proper fix is to replace the radiator.

New radiators are about $100 on rockauto, If you can’t replace it yourself call around and see what an independent shop will charge to get and replace it. Maybe $400?

You should add the bacon and coffee for a complete breakfast.

These contain, among other things, powdered ginger and crushed almond shell. We’re on our way to a tasty meal. 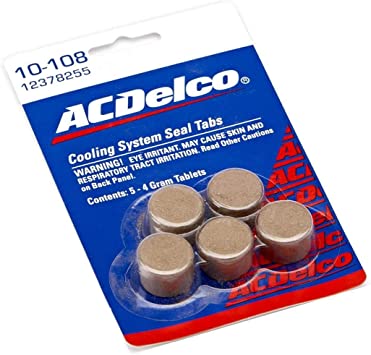 Replacing a radiator is usually a fairly simple job. On a 1994 car, likely to be quite straightforward. If it leaks, replacement is the most reliable remedy. It is also not very expensive.

Failure of the cooling system is one the worst things that can happen to an engine, right up there with running too low on oil.

I just looked at some cost estimator web sites - they’re coming in at $1000 to $1400 to replace the radiator on this model car. Seems high, but I haven’t had this done in years.

It certainly works that way with my… exhaust.

Back to the original poster, that 94 Lincoln has a 3.8 V6 that was prone to head gasket failure if you sneezed too hard. Are you sure it’s just the radiator that’s at fault? Head gaskets were very common on those engines. It was an 11 hour job that I could easily get done in half that time.

I had forgotten about that FWD Taurus-based Continental. Different kettle of fish!

I had forgotten about that FWD Taurus-based Continental. Different kettle of fish!

My father had one. Nicest Taurus I ever rode in.

I always had good luck with Bars Leaks.

Those pellets were required when changing fluid in my olds. Probably still have few.

I’ve replaced a few radiators at home so no big deal. The olds though needed to come out the bottom so a job for the shop with a lift.

It certainly works that way with my… exhaust.

Puts a whole new perspective on the hot seat.

Are you able to see where on the radiator surface it is leaking? Often the leak will be on just one tube on the front surface. My theory, as you drive, and from cars in head of you, road grit get kicked up from the road surface & eventually wears away enough of the metal surface at the front of the radiator to cause a leak. If that’s the problem and you can clearly see where the leak is, you could drain the radiator to below that point, then clean the area thoroughly, then try applying some 24 hour epoxy to the area. Figure out a way to clamp the epoxy to the leak area while it sets for 24 hours. Refill the radiator. Might help, for a while anyway.

Common sense says to simply replace the radiator. If you have automatic trans, will have to remove the trans cooler lines. To increase your odds they come off without too much grief, put some thread penetrant on those connectors, let it work into the threads for a few days first. Good opportunity to replace all the rubber cooling system hoses.