1966 chevelle squeaks after it has warmed up

The first few minutes of driving there is no notable sounds. But after everything has warmed up there is a squeaking sound. It sounds like its from the front driver side, however that maybe based on the fact I’m seating in the driver’s seat.

No noise when breaking. And nothing while stopped or in neutral. Only while moving.

If I park the car and the start driving again a short time later, there is no squeak. Only after a few minutes on the road does the squeak come back.

I thought it might be the breaks, but it only happens after the car has been moving for a bit.

Thanks for the help

Breaks in what ? Oh wait , you meant brakes .

Oops, phone thinks its being helpful.

Wanna tell us which of the 7 different engines or 4 different trans it has?

Oh yes. Knew i forgot something.

So the engine has been replaced…

I’d pull the drum brakes off and check the brakes themselves and the wheel bearings.

How old are your tires ?

If they don’t have a date, they are over 20 years old.

Does the squeak change in tone or frequency of occurrence coinciding with engine rpm or hitting bumps in the road? Looking for symptoms that isolate areas that could be causing it…

Thanks for the direction.
I’ll check the brakes and tires this weekend.

It seems to be a constant level, until the vehicle comes to a complete stop. Don’t recall any changes when hitting a bump. I’ll have to pay more attention next time i go for a ride.

Wow, strange. So it doesn’t change based on vehicle or engine speed? How frequent is the squeak happening? Once a second, once every 5 seconds etc. Is it consistent timing or is it erratic/random?

Since it only happens when you’re moving, I’d look at the universal joints. 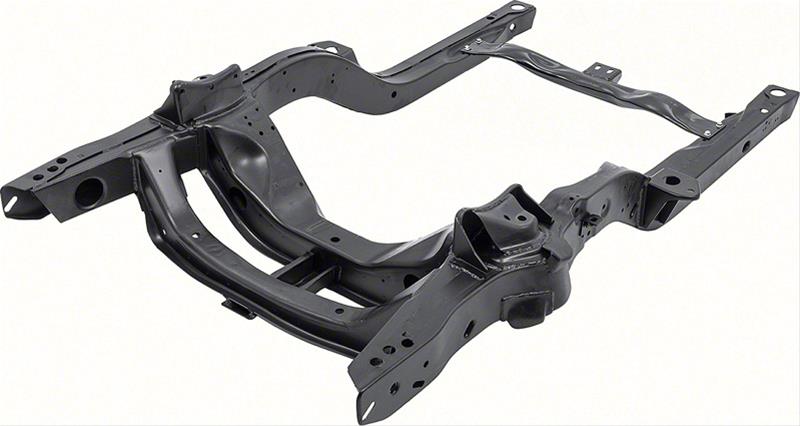 Find OER Subframe Assemblies K44727 and get Free Shipping on Orders Over $99 at Summit Racing! OER introduces quality reproductions of subframe assemblies for various GM and Mopar classics, including Camaro/Firebird and Chevy II/Nova models. One of...

similar noise complaint have been tracked down to sub frame mounting bushings.