My 1963 beetle won’t start most of the time, and when it does start, if I give it more than a tiny bit of gas the engine dies. The fuel filter doesn’t look too dirty, but I don’t know much about cars. I’m pretty sure there’s something up with the fuel system, but I’m not sure what. Somehow it’s getting too much fuel, any ideas?

You need to find a mechanic who knows these old VW bugs. The carburators can be tricky on them and this may be contributing to the problem. These are relatively simple cars to work on if you are familiar with “bugs”.

Most mechanics these days have never seen a bug, much less worked on one. They know all about fuel injection, codes, and computer controls. Your bug has none of the above. That’s why you need to find an specialist in old VW’s. If you live in a bigger city you should be able to find one, especially on the east or west coast.

Question first. Does the engine have this hesitation both when the engine is cold and hot?

The carburetors on these cars are bone simple and any shop that works on older VWs or even dune buggies should be able to sort this out in a heartbeat.

If you want to keep your VW running it’s time to start learning about cars. This book by John Muir was most helpful when I had a 1967 VW Bug (back in 1983). I also had a good VW mechanic, it might be a little harder to find one today. 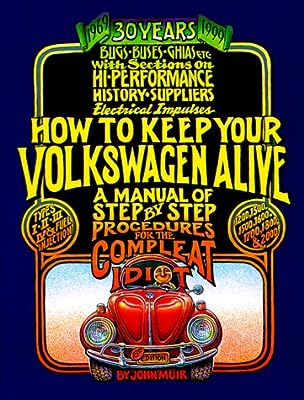 How to Keep Your Volkswagen Alive: A Manual of Step by Step Procedures for the Compleat Idiot: John Muir, Tosh Gregg: 9781562614805: Amazon.com: Books

When How to Keep Your Volkswagen Alive was first published in 1969, launching John Muir Publications, it was affectionately adopted by VW enthusiasts, and John Muir found himself regarded as the "sage ...

The spray bar on the top of the carb used to clog up on my bug on a regular basis. This would cause the bug to stumble on acceleration. Also when was the last time you changed the points, condenser, dist. cap and rotor? I found that Bosch (OEM) points worked best.

The problem is most likely in the carburator, either the choke or the accelerator pump. Either way you should get a rebuild kit and rebuild the carburator.