I take it he replaced the entire rear axle and differential assembly from a 2WD Durango or Dakota. This is not a problem as long as the differential has the same gear ratio as the original. It sounds like it did not and it wrecked the transfer case. Your mechanic is a hack, IMO. I hope he’s insured for this kind of screw-up.

All I know is that he replaced the axle in the rear, and still used my existing differential, he’s telling me that because I drove my car with a bad axle for week before he could fix it, mind you he told me I could drive just keep it under 60mph, that that could of messed my transfer case up? I’m so confused he’s trying to blame me for this?

His explanation makes no sense. An incorrect axle shaft wouldn’t fit the axle housing. Are you sure your original REAR differential was used? It really sounds like he’s trying to weasel out of fixing his mess.

Does your receipt indicate any of this information??

So when my car first broke down, my car was getting towed and the differential, that long pipe that goes down the middle of my car and connects to my rear axle came off, he came over took it completely off and said it’s okay, it’s not damaged, put it in his truck and said, I’ll just reconnect this, you don’t need a new one? I hope I’m explaining this right, I completely understand what your saying, that’s why I knew something wasn’t right,

He’s a side mechanic so no receipt, and he never gave me one for the axle I purchased over the phone from a junk yard, I don’t know what to do, I gave this guy 500 to put on, and now I feel like I’m stuck, it’s not right

Okay, this is a little different scenario. You are describing the driveshaft, not the differential. You apparently had a U-joint fail, causing it to drop. Removing it and putting the transfer case into AWD would allow you to drive the truck as a front wheel drive vehicle. This may have destroyed the transfer case. If the transfer case was in 4WD-high, this wouldn’t happen, if my thinking is correct. The axle replacement doesn’t factor into this equation.

Did the part you ordered look something like this? 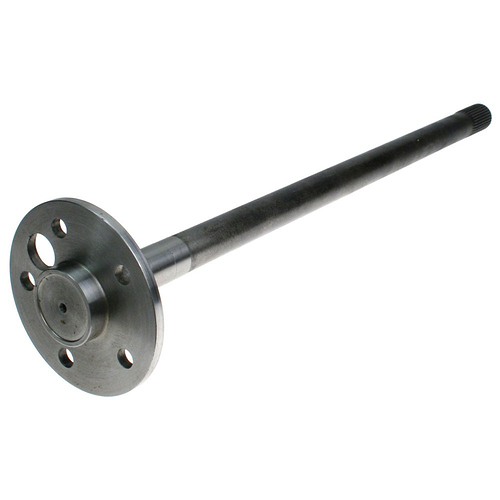 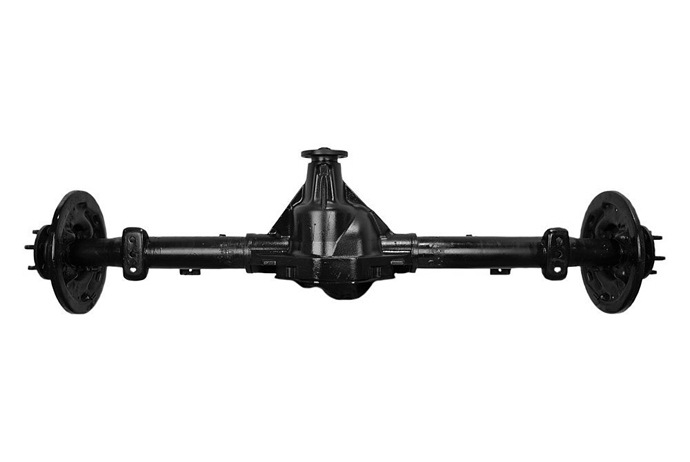 When he brought my car back, it was locking up in the back, that’s when he said yea I got an axle that didn’t have awd or 4x4, so from what I understood, he came and took my car for 4 hours and said he disconnected everything, and put it into 2wd, but then now my transfer case goes bad a week later ? When I talked to another mechanic he said theres no point of putting a new transfer case on if the rear ratio is not the same, basically am I just confused ? Thanku for your answers though, I really hope I’m saying everything right, I dnt know much about cars, I just wanted to make sure that this wasn’t my fault and if he should be replacing my transfer case

Depending on what was originally wrong with the original rear axle, it could’ve damaged the transfer case.

Does the truck drive ok in 2wd now? The Awd feature will pose a problem if it can’t be turned off.

It drives, but not the same like it use to, I feel like the car is swaying back and forth if that makes sense. And there’s a noise now when i push on the gas that was never there before, so your saying as long as the awd is turned off it should be fine? I’m pretty sure that’s what he did, cause he brought it back and said now it’s in 2wd. I just wanted to know if this was my fault why the transfer case broke or if it was him, for putting on a axle that is not the same ratio as the front. How would I prove this? Thanku for your input😊

If he put a rear axle in with a different gear ratio, and he didn’t tell you that you’d no longer be able to use 4wd, I’d say it’s his fault if the transfer case is now ruined.

I’m not sure if the vehicle will operate ok in 2wd or not now. If it was never put in 4wd after the rear axle was replaced, no harm should’ve been done. But sounds like it has been in 4wd. I believe the best thing to do would be to get an opinion from another shop.

Maybe it was just the axle-case that got replaced. It’s usually possible to transfer the differential ass’y and axle shafts from the old axle to the replacement. At least that would be possible eon my Ford truck. If that’s what occurred there were no inadvertent gear ratio changes to damage the differential.

put on a used axle with out any of these hookups,

What hookups do you mean? Do you mean the parts that allow the axle-shell to connect to the suspension parts? Like those brackets with holes in them in the photo above?

That is an important clue in the discussion that should have been in the first post. Front and rear axle ratios must match, if they don’t the front and rear drive shafts will turn at different rates and the transfer case will fail, similar as having mismatched tires. This is what the owners manual states about tires;

"Proper operation of four-wheel-drive vehicles depends
on tires of equal size, type and circumference on each
wheel. Any difference in tire size can cause damage to the
transfer case."

From what I see there are two different all-wheel-drive transfer cases for that vehicle, no 4 wheel drive transfer case. The difference is with AWD the front and rear axles are always engaged. Is there a 2WD selection on you control switch?

On the rear axle cover there was and may still be a metal identification tag showing the axle ratio, 3.2, 3.5 or 3.9. If the tag is missing any mechanic should be able to calculate the ratio to determine if it match the old unit.

$500 labor is close to retail cost for labor to replace the rear axle assembly, the job pays 3.5 hour labor.

This guy put in a wrong ratio rear axle. If something was wrong with your old rear axle or differential no one would change over the parts from one used differential to another. Anyone skillful enough to do that and not have the rear end howl like a banshee would know to get the correct one from the junkyard in the first place.
How difficult is it to set up a rear end correctly? I had a friend who worker at the Chevy axle plant in buffalo. His only jog was to take rear axle assemblies that came off the line noisey and he would take the differential apart and read the tooth pattern and re-shim it. If he could not make it quiet, it became scrap metal. He was using all new parts in a workshop set up just for this purpose and still,many had to be scrapped.

The fact that he drove your truck like this means he destroyed your transfer case.

This hack destroyed your truck.

So if I was to get my car towed to a shop, would they be able to tell me if the ratios are off, meaning they don’t match up like they should? The front to the back, Before I buy a transfer case, I wanted to make sure that I didn’t cause this, and in fact this side mechanic did, by not buying the right axle to begin with? I just wanted to make sure, because this is my dad’s friend and I’ll either ask for my money back or sue him, from what I’m understanding from all of you guys is that he messed my car up, so now everything has to be redone again, ? Thankyou everyone for your input!

Didn’t you say earlier that you purchased the axle from a junk yard over the phone? The guy may have assumed that the replacement was a perfect match. I would always have the shop or person doing the repair purchase replacement parts. They usually know better what exactly is needed, and also for warranty purposes.

It sounds like this backyard “mechanic” sourced the parts himself . . . ?

If so, he’s completely on the hook

Considering this guy is your dad’s friend, maybe you should give him one last chance to fix your truck

But make it crystal clear that you’re not giving him one more cent. He’ll have to install the correct rear end AND a working transfer case . . . and they need to have the correct ratios for your particular vehicle

This guy needs to own up to his mistakes, which means he’ll have to take a hit, so to speak

he messed up your vehicle and he needs to make things right, by my estimation

asking for your money back is silly, in my opinion . . . because it’s not enough

You can tell the ratio of a differential on a rear drive by jacking up one side of a vehicle Putting a chalk mark on the driveshaft and turning the wheel that is up in the air two full turns and counting how many turns the drive shaft turns. For instance, about 3 1/4 turns would probably be a 3.23, 3 1/2 a 3.55.

I am not that familiar with your truck so I don’t know if there is a visible driveshaft on the front, but you can always take the differential cover off and counting the teeth on the ring gear and dividing them by the teeth on the pinion gear.

2 posts were split to a new topic: Are my gears the same front and rear?