Worth replacing engine for 2004 Ford Expedition?

I am looking for a second opinion. My Expedition has had a service light with a code for misfire on #4 cylinder. In March it overheated, and I had radiator, water pump and thermostat replaced. (Also brakes & rotors.) The first part of May it overheated again, and when I took it back the mechanic said I had a blown head gasket at #4 cylinder. He said with as much labor as it would take with the 5.4L. engine to pull and repair, it would be better to put a box engine. His ball park price was $6000. He told me of an additive to put in the coolant for stopping the leak, which has worked so far. I have put some money in the SUV the last couple of years, and I really like the car. Would a new engine in this old of a car be worth it, or should I start scrapping pennies together to replace it?

That’s really a question that we can’t answer. Your mechanic can help by looking over everything else. Transmission, drive train, front suspension and steering, body integrity, electrical system, air conditioning, and there are more. If any of these vital parts are also worn to the point of becoming unreliable it’s probably a money losing idea.

Sometimes these decisions are made for reasons that aren’t based purely on facts and finances, and finally it’s always up to you.

Look at the option of installing a used engine from a local auto recycler.

As always, I’m always curious as to how the diagnosis of a No. 4 head gasket breach was arrived. I’ve also never known a sealer that would stop a combustion chamber breach into the head gasket.

Fifteen pounds of pressure in the cooling system and 1800 pounds in the combustion chamber. Who is going to win that battle. Sealers can work on non-combustion chamber heads gasket breaches but that has nothing to do with cylinder compression. Just my 2 cents for whatever it’s worth.

I’ve also never known a sealer that would stop a combustion chamber breach into the head gasket. 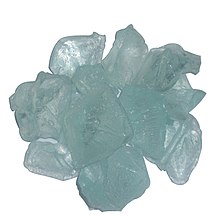 Guess what? It works!

Worth repairing the Expedition, assuming low mileage and decent body? Absolutely. Worth paying $6000 for a remanufactured engine? No way!

Even assuming the diagnosis of a failed head gasket or even a cracked cylinder head is correct, you should be able to have this repaired for a LOT less than $6000.

Assuming the heads are ok, it should be possible to have the head gaskets and timing chain set replaced (together with all necessary incidental parts, and having the heads cleaned up by a machine shop) for around $2000, maybe a little more. It should also be possible to have a decent used motor installed for around $2500. Perhaps you need to shop around and look for a better deal.

Also, if you live in an area where annual emissions tests are not required, as long as the engine does not overheat, you could simply ignore the Check Engine light and drive it until it won’t run well enough anymore. Plenty of people do exactly that.

It has been coded as a misfire on #4 cylinder. Mechanic said that he replaced plug and coil pack, and that the plug was wet. He showed me the fowled plug, and I have been getting this code for a while. I hadn’t heard of that either, but I was losing coolant and started to have overheating problems.
Thanks for reply.

Thanks. That is about what I have decided to do. I am going to have another mechanic check it out, but he is across town and I haven’t had time to get it by.

Thanks. I am retired, and had hoped this would last me for awhile. I really like driving it, and use it to pull a 24’ travel trailer. Plus 6 grandkids from time to time. I probably will look into a cheaper option to get it fixed.

I really like driving it, and use it to pull a 24’ travel trailer. Plus 6 grandkids from time to time

You can probably pull those little kids with something much less massive and less powerful than an Expedition. Just be sure to put them in an appropriate passenger compartment before you pull them behind any vehicle.

You pull six grandchildren occasionally? It’s time they gave back and pulled your truck!

Seriously, you are going in the right direction with a used engine. If you can afford a rebuilt one, that may be more reliable. As long as the body and interior are in good shape, a replacement engine might be a good way to extend the life of your Expedition.

I think that’s a reasonable approach. Of course you should also consider the economics of just buying a used Expedition too, and selling (junking) this one. The main problem with installing a replacement engine is finding a shop that can do it right the first time. That job is not so easily done now as w/cars of the 60’s and 70’s, b/c of all the technology and software compatibility involved with post 1995 (obd II) models. If you decide to go that route, focus on finding a well recommended shop who has done that exact job successfully, the more times the better. I don’t think I’d go that route myself; I’d either have the existing engine fixed, or buy another vehicle.

When you buy a used engine from a recycler, all the electrical/mechanical connections are cut.

Sort of a plug-N-play situation.

Good point, provided OP can find a used engine from an Expedition of the same configuration.

All you need to do is provide the auto recycler with the VIN.

And they can tell you if they have an engine that applies.

Thanks for your replies. I haven’t replaced an engine since the eighties, and am a little out of touch with major repairs.

It’s going to have the P.I. variant of the 2 valve SOHC 4.6L or 5.4L. Most likely the 5.4L (much more common in the Expedition than the 4.6L), It’s very, very common engine, not quite as ubiquitous in a recycler’s yard as a SBC, but pretty close. The OP should have no problems locating a used engine if he chooses to go that route

I get the impression that replacing an engine in a modern car is fraught with difficulties.

Even replacing it with an identical model engine, you can have VIN number problems, as the computer could be checking the number on the engine against that on the car.