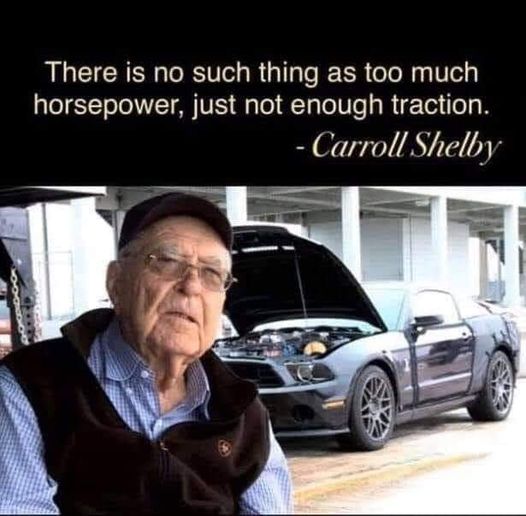 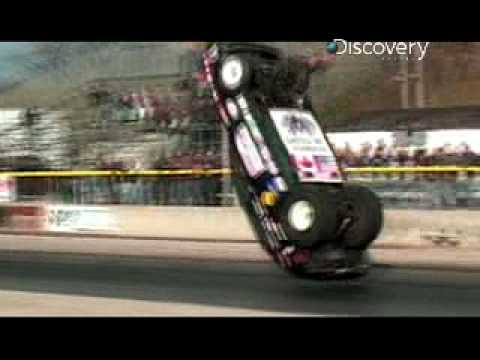 Sometimes I think my truck has a little too much HP. 50 year old truck’s HP is on the low side for today’s vehicles, but 70’s suspension system doesn’t seem quite up to handling top-heavy vehicle w/140 HP. My Corolla on the other hand could use a little more HP, difficult to accelerate quickly enough from stop lights to avoid annoying drivers with new cars behind. I think it has about 90 HP, 130 HP would be better. Truck sometimes loses traction on accel, Corolla , never has happened.

Hardly anyone around here tries to drive a Corvette in the winter so the cars we see perched atop the guard rails are usually Camaros or Mustangs. More torque is not your friend in the winter, neither are wide tires,stiff suspensions or low ground clearance.

neither are wide tires,stiff suspensions or low ground clearance.

Or summer tires, like my Camaro. Still, I Iive near the beach in NC, so snow is very rare (thank goodness). And I just don’t drive that car under those conditions.

Hardly anyone around here tries to drive a Corvette

My daily for a while was an 84 Corvette… in Ohio… where it snows. Plowed the road during one snowfall with my spoiler. Had an 07 Mustang GT, and a few other RWDs with limited slip diffs. Some with 4 snow tires on them, some not.

I have been driving RWD cars with more and more power for decades. I learned to drive this way. Never got seriously stuck.

I have been driving RWD cars with more and more power for decades. I learned to drive this way. Never got seriously stuck.

You should probably give one of my distant neighbors driving lessons. Several years ago, even though I had no problem driving my Outback–in a safe manner–in fairly-deep snow, that guy got stuck on a corner in our development in his Mustang.

Apparently, he is a slow learner because the following winter, he got stuck on the same corner, in the same Mustang.
I have no idea about his tires or the size of his engine, but he clearly didn’t know how to drive that car in winter conditions.

Apparently, he is a slow learner because … he got stuck on the same corner

Not snow related, but one of my neighbors somehow got his car stuck, positioned at 90 degrees to the road, between two parked cars. Typical neighborhood 25 mph street. Seemed to be related with an attempt to back out of his driveway. When I got there, barely enough room for my bicycle to fit through. A few hours later, car was gone so I was thinking apparently problem had been resolved. The next weekend, it got stuck in the same orientation, same place … lol …

The next weekend, it got stuck in the same orientation, same place

Back in 2018 I got a strange phone call at the shop. We had had a late fall cold spell, drizzling rain for a few days followed by nighttime temps in the 20’s.

A woman called and said “I need to get an alignment on my 2018 Corvette.”

I said “That’s a pretty new car to need an alignment. Is there a specific problem you’re having?”

She said “Well the last few mornings it steers like I’m driving on ice.”

You are hardly the average driver. I drove only RWD drive cars for 30 years before I ever drove a front wheel drive car. I find RWD cars much more fun to drive in the winter and better suited to my reflexes. I know how to handle them in the snow and ice. Forty years of trucking and 15 years of driving a school bus were all RWD.

You can have a lot of fun with a school bus in the snow-once you have all the kids off of course.

Talk about not knowing how to drive, I had to take our girls to girl scout camp. Camp 7 hills in my 66 Fury ll wagon with mostly bald tires. It was late October and we got a surprise 6" of snow. I was behink a guy on the dirt roaqd going in and he got stuck at the bottom of the first hill. I had to walk up to his RWD mid sized Buick with limited slip and snow tires on the rear and back it up some and drive it to the top of the hill. I walked back to my wagon and drove it up to the top and saw him stuck at the bottom of the next one. Repeat 7 times. When I finally got there he thanked me profusely and asked me how he could repay me… I said “Let me leave first”.

Front wheel drive has a lot of advantages in packaging, weight and fuel economy but I have yet to discover how to have it do anything but plow to the outside of a corner if you go in too fast on a snowy road ,unless you have studded tires. They are more trouble than they are worth.

I drove only RWD drive cars for 30 years before I ever drove a front wheel drive car.

Like you I prefer RWD for the same reasons you do expect I don’t have to worry about snow.

In all of the years I drove OTR I saw and drove in the snow I didn’t like it then and care for it less now I think being from the south has a lot to do with it.

You are hardly the average driver.

Thanks. I was well taught and got a lot of experience delivering for a drugstore my first 2 years driving. My reflexes were trained with RWD, so I do prefer it but I did race a FWD in the 90s. Both my wife and I primarily drove RWD cars until the 90s. She has driven front or all wheel drive vehicles since.

I did discover Euro style winter tires in the late 80s. Those make rear or front wheel drive easy in the snow.

I have often thought that NY State’s driving test which is basically a 30 mph and parking test should be replaced with a closed course racetrack and achieving a minimum lap time.

I never drove an actual race car. When I was a teenager and in my early 20s, illegal point to point street racing was popular as was betting on the outcome. Some people who wanted to prove how fast their cars were, would put me in the car and offer me a percentage of the winnings if I won. I my my 20s there was a “B” model stock car class at a local track. Cars with an inline or flathead engine of 270 cubes or less. I had located a Hudson Pacemaker coupe and was going to put a 262 cube Wasp engine in it. I had the use of the shop of the trucking company I drove for from ! to 7 am. When I got the next years rules from the track, they had changed the rules to a “B” modified which meant same engines but a purpose built race car. That put it out of my reach financially and skillwise.

To make up for that, when I went on the road we sometime used to race each other. If the other guy complained that I had the faster truck, we would swap on the way back.

Yes, the company I drove Watertown turns and Montreal bed runs from Buffalo used a lot of trip leased owner operators with their own tractors when we had more freight than drivers. Most of them were from the south.

One night In late October a bunch of us were eating in an all night restaurant in Chateaugay NY when one of these owner operators came in. He exclaimed, the snow is up to my knees, when do y’all stop driving in it?

Our trailers had a white line running le lengt of the body about half way up the body, probably 8’ from the ground. I told him that was the snow line, when it gets that deep, you can park it.

I’d go one step further. In my perfect world, everyone would go to something like a Skip Barber or Bob Bondurant driving school before they got their license. These types of schools also teach defensive driving techniques.

n my perfect world, everyone would go to something like a Skip Barber or Bob Bondurant driving school before they got their license. These types of schools also teach defensive driving techniques.

Did you do that ?

If the other guy complained that I had the faster truck, we would swap on the way back.

Way back in my 20’s my buddy and I rented mopeds at the coast and were drunk racing up and down the beach. He kept winning and I suggested he had a faster moped. We switched and he still won. We suspected that his 180lbs vs my 225lbs was the culprit.