Why is Honda the #1 and #2 most often stolen cars?

Any theories? I can see one reason, Honda’s are one of the most common cars on the road. But Toyotas are pretty common too. At least here on the West Coast they are probably even more common than Hondas. But the Camry appears no higher than #5 on the list for the past several years and the Corolla seems to appear only around # 7 or 8.

What do you speculate are the reasons for this? 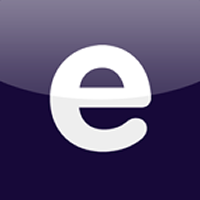 Esurance welcomes you to the modern world with a personalized quote for car insurance and more.

Honda has a lot of young enthusiasts stuffing Accord enginesi n Civics.

I can see that. Honda does seem to attract a little younger demographic. Good point.

I agree TSM. If you steal a car that you need to “blend into the crowd with”, I’d go for a Honda. Think about when you drive down the highway, have you ever noticed how many different brands you see? Around here it’s Toyota, Honda, Ford. Agree with the point on chop shops too. There was a chop shop recently busted down the street from where I grew up, they exclusively chopped Asian model cars

Your point has definite merit, but I’m not sure that many car thieves think of that. Most cars stolen are for joyrides, drug money, and probably drug and gang activity (including driveby shootings). The number that are stolen by all other perps including pros who aren’t involved in drug or gang activity is probably a smaller proportion than we think. I’m guessing, of course, since I’ve never actually known any car thieves that I’m aware of. Note that I’d guess that the car thief proportions have probably changed dramatically these past 50 years.

What I actually meant in my first sentence was that if there are 20,000,000 Hondas on the road and 20,000 of make X, there will simply be a lot more Hondas stolen. There are very few Ferraris and no Bugatti Veyrons stolen because there simply aren’t many of them out there to steal. And it’s probably a whole lot harder to sell stolen Ferraris or Bugattis (or their parts) than to sell parts from Hondas, Toyotas, and other car that are sold in the millions.

In my area the motivation to steal a car seems like it isn’t really to steal it for keeps, but to steal something from inside or a part. The thief drives the car to a secluded area and then figures out what to steal from the trunk etc and what to leave at their leisure. Or to remove a part, like an alternator, starter motor, cat. Then they just leave the car there, where it is eventually found by the police and returned to the owner. Car theft of this variety is very rampant recently from reports I’m hearing from my neighbors, friends, and co-workers

I searched for data of the reasons for car thefts today, broken into some type of meaningful categories, but was unable to find one. It sure would be interesting to see. Considering the approach that police departments take to car thefts, I suspect no such database exists. I suspect that law enforcement in urban areas, where the problem is the biggest, is much more consumed with drug dealing, rapes, murders, prostitution, gang activity, and terrorism than car theft.

The sad part is that the perpetrators of the aforementioned crimes are turned back out onto the streets by our courts with a virtual “slap on the wrist” over and over and over again. Our courts are saturated with judges who seem intent on making it impossible for the cops to clean up the streets.

Car theft? Unless a car is “carjacked” in broad daylight with a baby in the back seat, it just can’t be high on the list of priorities. Sincerest respect goes to the cops for continuing to try.

If the police have so many serious issues going on they can’t be bothered with car theft, I wonder how they had the time to stop me and my poor Corolla recently for a faulty license plate light?

I wonder how they had the time to stop me and my poor Corolla recently for a faulty license plate light?

In an urban area where the bulk of the crime takes place?

San Jose is an urban or at least pretty high density sub-urban area.

I guess you just got lucky!

I wonder how they had the time to stop me and my poor Corolla recently for a faulty license plate light?

You probably did something that caught his attention but he couldn’t come up with a valid reason to pull you over for it, the faulty plate light was the best he could come up with.

Those old Hondas on the list are popular with the younger crowd to customize, those cars have been on the top of the list for years, it seems that they prefer to steal their parts.

In my area the motivation to steal a car seems like it isn’t really to steal it for keeps, but to steal something from inside or a part. The thief drives the car to a secluded area and then figures out what to steal from the trunk etc and what to leave at their leisure. Or to remove a part, like an alternator, starter motor, cat.

There must be a lot of meth-heads in your area to steal a car just to clean out the trunk or for an alternator. A used alternator cost $22 at the local pick-a-part, a lot less costly than a jail sentence.

Most stolen vehicules in Canada(2017)

As far as the U.S list is concern, I don’t know why thieves would target older model Hondas,Beats me!

One advantage of buying a Civic or an Accord is you know there will be parts on the market for a long time to come if you should happen to keep your car running for two decades or more. (My Civic just turned 20 this month.)

One disadvantage is that such high demand the the cars creates a black market demand for parts.