Why can't you easily bleed brakes with ABS?

Each manufacturer has it’s own ABS system.

So you need a specific scanner or a program key for a generic scanner.

some comments mention that they couldn’t do it because they had ABS on their car and didn’t have a scan tool?

There’s a lot of bad information on the internet. I’ve watched a few that made me cringe.

The truth is that there’s no special magic to bleeding brakes with ABS. Simply attach a clear plastic tube to the caliper’s bleeder, stick the other end in a bottle half full of fresh fluid, and pump until the air in the tube has burped out and keep going until you’re satisfied that the line has been purged. If you want to do the entire system, start with the line farthest from the ABS modulator and work backwards.

ABS only differs from “old fashioned” brakes in that there’s a solenoid-operated valve in the line between the master cylinder and the caliper. If the system senses that one wheel isn’t turning, it assumes it’s slipping and sends a squarewave to the solenoid causing the pressure in the line to pulsate. It’s recommended not to backpressure the modulator, and I don’t, but I know some who do and they’ve never had a problem either.

Here’s another example where a scan tool is required to properly bleed the brake system. 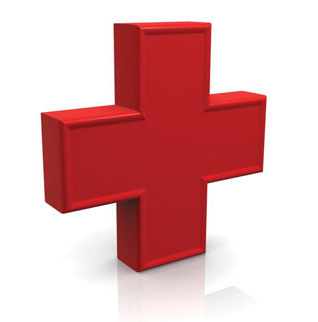 As a rule, the brake circuits on most vehicles with anti-lock brakes can be bled in the usual manner — provided no air has gotten into the ABS modulator assembly

I had a 2002 Chrysler Town and Country, made when they were owned by Mercedes. The owners manual had large warnings the it had to be towed to a Chrysler dealer if the brakes needed bleeding. I asked my mechanic about it and he said, well we have had a lot of problems bleeding them, let me ask my computer guy, he was supposed to be finding out about this.

The computer guy said, that Mercedes would not release the computer code to anyone but their dealers that you needed to open the valves in the ABS. A couple of years later I asked again and he said, yes, they had been forced to release the codes.

Because of this and the fact the dealer wanted $200 to bleed the brakes, I just used a turkey baster to remove the fluid and refilled it 3 weeks in a row. I will admit I did not actually try bleeding them because I didn’t want to take a chance on disabling the car.

I recently bled the brakes using a one man bleeder kit on my 2012 Camry and it was quick and easy.

Yeah, I watched a tech on Youtube Eric the car guy and he mentions the same. I plan on doing that to.

If you want to do the entire system, start with the line farthest from the ABS modulator and work backwards.

Always check the manual with them.

Also, no mention of needing a scan tool to bleed; it’s just like the old days.

Ok thanks guys. Just wanted to make sure I wouldn’t screw something up by bleeding or just opening the bleeder when pushing the piston back in.

Seems like the common sense diy’er way to proceed is to bleed using the normal procedure, and if that doesn’t work, can’t get a firm pedal, seek out any special instructions or scan tools needed for bleeding the ABS system.

Seems to me you should seek any special instructions and/equipment first, lest you be left with an undrivable vehicle after the usual bleeding procedure leaves you stranded. Just my 2cents.

Would air in the ABS Module leave a vehicle undrivable, or just with a mushy brake pedal?

Would air in the ABS Module leave a vehicle undrivable, or just with a mushy brake pedal?

Wow this post is old, I’ve learned so much within 2 years.

To reply to your comment, if you have a spongy/mushy pedal the car is still derivable no?

In the most technical sense, yes. But it’s one of those "you spent so much time wondering if you could that you didn’t stop to wonder if you should scenarios. The potential for disaster is simply too high to make it a good idea.

To reply to your comment, if you have a spongy/mushy pedal the car is still derivable no?

Well I suppose technically that would be up to you in the moment, but strictly speaking, if the car has a spongy/mushy brake pedal then the brakes aren’t working properly. And as far as I’m concerned driving a car without properly functioning brakes is a dumb thing to do.

Hi Tester.
I joined Car Talk inadvertently about an hour ago after Googling harmonic balancer wobble. Whenever I see a creation of the freedoms we American’s have the privilege to partake I am ever so proud and grateful to be a part of it.
Having said that, it’s people such as yourself that Make this idea work. I know you’re pleased to see your reflection in the mirror my friend. Good job!
I have an interesting issue with my jeep and think you can point me in the right direction and save me a lot of time correcting it. You game?

Instead of attaching your thread to a three year old thread, start a new one.

Game no, serious yes. However please click the red box in the upper right hand corner of the discussions home page called New Topic and start a new thread there with your issue. We will be happy to assist.