Okay I know ive asked a lot, but recently my car would start working fine as in go above 20mph up to 50mph, but other times it won’t to above 20mph. I found a mechanic who said if it was the transmission this wouldn’t happen. Any opinions? 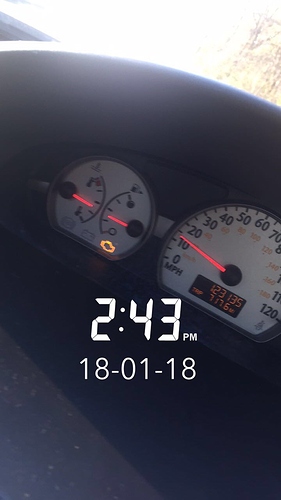 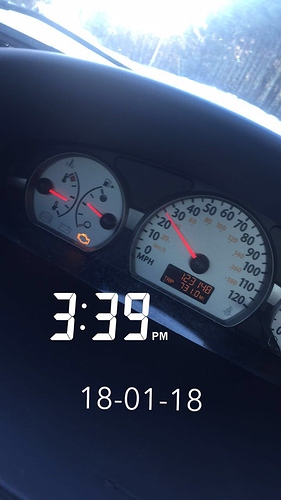 The first thing I noticed is the Check Engine Light is on.

Before anyone can guess what the problem is, it has to be found out why the CEL is on.

The first thing I noticed is the Check Engine Light is on.

Before anyone can guess what the problem is, it has to be found out why the CEL is on.

For some reason, many people seem to think that EVERYONE is driving around with the CEL constantly lit-up, even thought that is very far from reality.

I may not be typical of everyone on this board, but I have owned 4 cars that had a CEL, and the only time that it ever lit-up on any of those cars, it was due to a failed purge valve on the Evap system of a fairly-new car, and it was repaired–under warranty–w/in ~30 minutes.

So, in ~22 years of driving cars equipped with a CEL, I have only driven for about 45 minutes–in total–with a CEL lit-up. However, if somebody fails to maintain his/her car properly, and if that person fails to remedy the underlying problem promptly, then I suppose that it is possible to drive around for an extended period of time with that light glowing.

In any event, the ongoing presence of that glowing warning light does not mean that his is typical of all other car owners, and–as was already stated–the first step toward proper repair is to get the underlying problem diagnosed by a qualified mechanic.

It might a good idea to look at this OP’s other threads to help give decent advice. It seems this is a 19 year olds first vehicle and I suspect they were sold a marginal vehicle.
Of course I still have trouble with the OP 's statement that a garage put 23000 miles on it while they had it.

This is a simple yes or no question.

Do you know why the Check Engine light is on?

You’ll need to get the codes read for that last one.
With that information we might be able to make some quasi-intelligent guesses, or at least quasi-educated suggestions. Without that, we’re as stumped as you are.

Take your car to a chain auto store with an OBD-2 code reader and have them read the codes. Get a printout or take pictures of the screens. They will have the codes that caused the CEL to light and maybe some other information. You can post the info and pictures here. Call ahead to make sure the store has one in working order.

I found a mechanic who said if it was the transmission this wouldn’t happen.

Good advice above. I’d be surprised that a transmission problem couldn’t cause that symptoms. Not saying it IS a transmission problem but that possibility can’t be eliminated at this point. It seems like the engine computer is putting the car in limp mode for some reason. Reading out the diagnostic codes should provide a clue why it is doing that.

How long did the shop have your car that you think they put 23000 miles on?

As near as I can tell from the other thread the vehicle was at the shop for about 6 weeks . By my calculations it would take 46 days averaging 50 mph 10 hours a day to reach 23000 miles. That is why I questioned that statement in the other thread.

As for the OP’s car problems I suspect a Craigslist bad deal .

On an earlier post, this vehicle was purchased even though this problem was KNOWN at time of purchase.

If the transmission does not slip during the next ignition cycle it will not go into limp mode.

After three good trips the check engine light will turn off.

Your other post showed three faults but you only posted one, the other two may give clue to the problem.