What did they do before?

Any history buffs out there? I am and I love automotive history. I find it interesting what vehicle manufacturers/founders did before they made vehicles.

The Dodge brothers made engines for Henry Ford

Pierce-Arrow made bird cages and bicycles

A chance to learn something here. Can you add to the list?

Between 1902 and 1988, Kenosha produced millions of automobiles and trucks[12] under marques such as Jeffery, Rambler, Nash, Hudson, LaFayette, and American Motors Corporation (AMC). A prototype steam car was built in Kenosha by the Sullivan-Becker engineering firm in 1900. Two years later the Thomas B. Jeffery Company, builders of the Sterling bicycle, began production of the Rambler runabout. In 1902 Rambler and Oldsmobile were the first cars to employ mass-production techniques. The 1902 Rambler was also the first automobile to incorporate a steering wheel, rather than use the then-common tiller-controlled steering. In 1916 Jeffery was purchased by auto executive Charles W. Nash and became Nash Motors. In May 1954, Nash acquired Detroit-based Hudson and the new firm was named American Motors Corporation. A 47-acre (190,000 m2) west side park and an elementary school are named after Nash.[13]

In partnership with French automaker Renault, AMC manufactured several models in Kenosha in the early 1980s, including the Alliance, which won the 1983 “Car of The Year” award from Motor Trend magazine. Two decades earlier, AMC’s 1963 Rambler Classic had also received the award. In 1987 Renault sold its controlling interest in AMC to Chrysler Corporation, who had already contracted with AMC for the production of its M-body mid-sized cars at the Kenosha plant. Chrysler continues to build some of its engines in the original AMC facility today. The AMC Lakefront plant (1960–88), a smaller facility, was demolished in 1990 (a chimney-demolition ceremony that June drew 10,000 spectators) and was redeveloped into upscale HarborPark,[14] with its rambling lakeside condominiums, large recreational marina, water park and promenades, artworks, sculptures, fountains (including the 2007 Christopher Columbus fountain), the Kenosha Public Museum, which opened in 2000, and the Civil War Museum, which opened in 2008, all connected by the Kenosha Electric Railway streetcar system.

Kenosha /kɛˈnoʊˌʃɑː/ is a city in and the county seat of Kenosha County, Wisconsin, United States. Kenosha is on the southwestern shore of Lake Michigan. With an estimated population of 99,889 as of July 1, 2013, it is the fourth-largest city in Wisconsin and the fourth-largest city on Lake Michigan. The city is part of the United States Census Bureau's Chicago Combined Statistical Area (CSA). Early archaeological sites have been discovered in the Kenosha vicinity; the discoverer of two sites b...

Lamborghini made tractors originally. You can still see them, some of them even being used to work farm fields, in Italy. Legend has it that Ferruccio Lamborghini bought a Ferrari with the fortune he made off of his tractor sales. He made some suggestions to Ferrari on how to make the cars better, and they told him to take a hike. That pissed him off, so he stomped off and built his own, and the rest is history.

Regrettably, I have no information to add about Kenosha, WI.

Lamborghini made tractors originally. You can still see them, some of them even being used to work farm fields,…

I’ve never been to Italy but since lambo started making cars in the early 60’s and tractors seem to last forever it’s a given.

The Winton has the distinction of being the impetus for the origin of the Packard!
James Ward Packard bought a Winton automobile, and after taking it back to the factory numerous times for repairs and adjustments, Mr. Winton–in a fit of picque–told Packard, “If you think you can make a better car, why don’t you?”. Within a few years, Winton was out of business, and Packard was established as the maker of superior automobiles.

David Dunbar Buick made his first fortune as a bathtub manufacturer, and he also designed an improved lawn sprinkler before he entered the auto business.

The Stanley brothers became wealthy as manufacturers of photographic plates before they began to design a steam-powered car. They later built a huge hotel in Colorado which was the scene of the filming of the movie, “The Shining”.

Incidentally, while I am also unable to add anything additional on the fascinating city of Kenosha, I can regale you with some info about Cleveland’s role in the auto industry!
;-))

Hudson was in the department store business when he provided funds to have a car developed. The Hudson, in my opinion, was a very innovative automobile.
Henry J. Kaiser was a shipbuilder who became interested in automobiles. In my opinion, the 1951 Kaiser was one of the best styled automobiles of the 1950s.
Both companies made big marketing mistakes. Hudson developed a compact car called the Jet. It cost more than an ordinary Chevrolet or Ford. Kaiser brought out the Henry J. It was a bare bones car but was barely $100 less than a Chevrolet. Had both companies used the money it took to develop these cars on a modern overhead valve V-8 Engine, I think that the companies would have lasted longer.

The British company David Brown also made tractors, but diversified into sports cars and produced the Aston Martin sports car. Later DB was aquired by Ford, who ran it at a loss and finally divested it.

The British Swallow Sidecar Company built their first sports car in the Thirties and called it the Jaguar. The rest is history.

From VCD Driver: “Within a few years, Winton was out of business and Packard was established as a maker of superior automobiles.”

Correct, Winton was out of the car biz in 1924 but continued on with making large engines, another part of the company. From Wikipedia, the Winton company was bought by GM who continued with Winton’s resources to make a lightweight, welded construction 2 cycle diesel engines for train locomotives and lives on today as E.M.D.

By the way, Toyota was in the loom business before they got into cars according to Wikipedia. 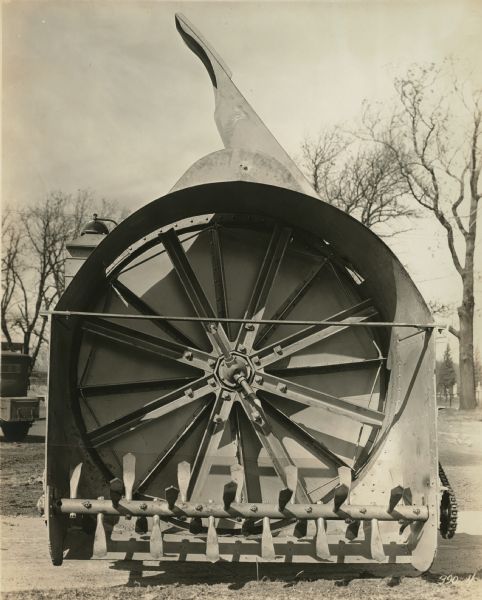 piter_devries… DeLorean sold insurance, he was also a designer (I believe) for GM

VDCdriver …White (sewing machines). White was not satisfied with the Locomobile he purchased and redesigned it. The company then went on the make steam, gas and diesel engines for thier cars and trucks.

common sense answer … Fiat Made Cookies, I Believe . . . Half-Baked. Also they were small and greasy. Cookies and cars (:

Treidag… Kaiser brought out the Henry J. That vehicle was named via a public contest and a woman suggested the vehicle be named after the founder.

Docnick…The British Swallow Sidecar Company built their first sports car in the Thirties and called it the Jaguar. The rest is history. I don’t know a lot of details on this and the details will be convoluted but the vehicle was known also as the SS. Well, some butthole in Europe was causing trouble so they thought it best to drop the SS from the name.

Did you know there were 3 Chevrolet brothers? Most people only know of Louis as an engineer and racecar driver. The others were Gaston and Arthur.

The only thing I have ever found concerning the logo was that William Crapo Durant saw the design on wallpaper in a french hotel.

Any of you remember the Hendrickson heavy duty truck/road tractor? The truck is gone but the suspension system that has been around for decades is still going strong.

“piter_devries… DeLorean sold insurance, he was also a designer (I believe) for GM”

I considered his work in the auto industry as “making vehicles”.

The original Mr. Honda (don’t remember his first name) realized a need for more transportation in post war Japan and started putting motors on bicycles in his garage. With some success he expanded into small motorcycles and built the business from there. Before his bikes got the the USA there were small Honda motorbikes all over the far east.

As stated earlier Toyota was in the textile industry. The real name of the family was spelled to sound like Toyoda but was difficult to pronouce so it was changed to Toyota to make it easier. Funny thing is in english most people pronounce it as Toyoda.

The company was also called Toyopet but they soon realized that was lame.

Delorean did sell insurance…but only for a few years when is was very young. He then when to worked in the auto industry for 40 years…Has a degree in Engineering and designed some of America’s great classic cars like the Pontiac GTO. He also had a hand in the Vega which was a disaster.

Mike, the question was “What did they do before”?

Meaney, they changed the name because Toyota takes 8 strokes to write and 8 is considered an auspicious number. This was in the news a couple years ago. Nothing to do with being easier to say.

Before John DeLorean was an engineer with GM’s Pontiac division, he did engineering work for Packard.