What constitutes as a truck chassis?

We bought out the lease on our 2017 Rav4. The title I received today lists the chassis as truck. I called the DMV to check and was told the categories are determined by vin number. I cannot find any info why.

@Barkydog. You may be forced to join the teamsters since you elected to keep the RAV 4.
This classification may allow you to license your minivan as a truck. I have always licensed.mu minivans as trucks. This allows me to park in truck loading zones. I know back in the 1950s here in Indiana that station wagons.could be licensed as trucks.

I am not really sure how truck licensing in WI works. There are a and b truck license plates but my f100 dd not have a truck plate designation. I get a regular automobile plate for the Rav4, and I believe it was the same for the f100.

The RAV4 is not a truck because its has a unibody construction.A truck has a chassis or frame like most pickups and larger vehicules.In Canada,the RAV4 is in the regular passenger car categorie in terms of licensing.I don’t know about the U.S though.

Every state has its own definition.

My “truck” Avalanche was licensed as a car in Ohio because they considered it an SUV and therefore a car. The vehicle is a truck in the eyes of the United States. In Florida, it is licensed as a truck and costs me more than my cars.

As far as the chassis goes… it is based on the Camry and Avalon CAR chassis, not a Tacoma or a Tundra truck chassis.

Since it is built overseas, I’d guess it is not a truck by the federal definition or it would pay the 25% Chicken Tax.

The RAV4 is not a truck because its has a unibody construction.A truck has a chassis or frame like most pickups and larger vehicules.

This vehicle has unibody construction, it is classified as a truck.

This, too, was a unibody chassis and was certainly a truck. 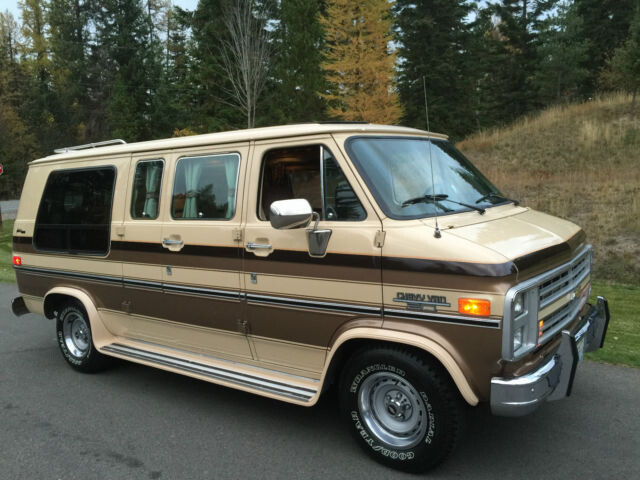 The only time it’s detrimental to register a truck as a car is if the fuel mileage is low enough to be classified as a gas guzzler. Any vehicle registered as a car with average EPA mileage less than 22.5 mpg gets the gas guzzler tax. This tax does not apply to minivans, sport utility vehicles, and pick-up trucks. Congress did not impose a gas guzzler tax on these vehicle types because in 1978, at the time the law was enacted, they represented a relatively small fraction of the overall fleet of passenger vehicles and were used more for business purposes than personal transportation.

Just to clarify, the definition of car or truck is not the consumer’s choice. The tax is applied at the time of sale on vehicles that are defined as trucks with the federal government and collected by the IRS. States have no say nor do they collect that tax at registration. 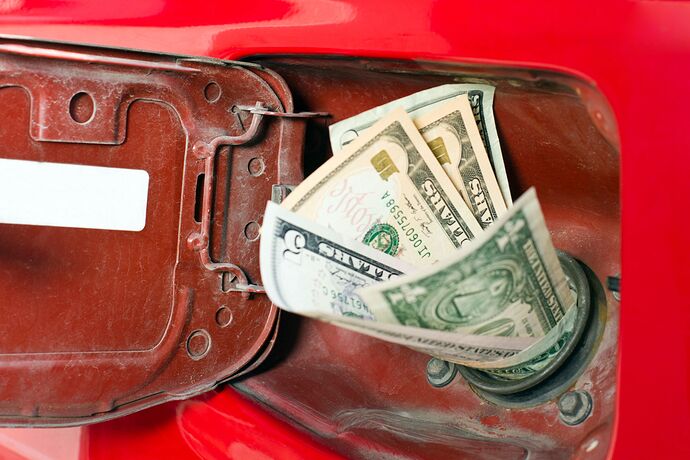 Gas guzzler tax is a tax added on sales of vehicles that have poor fuel economy.

Thank you for your reply, have never been hit with a gas guzzler tax as far as I know, 2017 acadia bought used 17 and 22 mpg for city and highway I think.

@jtsanders has the answer. I read about this years ago in Consumer Reports and remember it every time I see a ‘pickup’ that has a huge cab and a tiny bed

You mean like those optioned out crew-cab pickup trucks with short beds . . . basically used as a family car 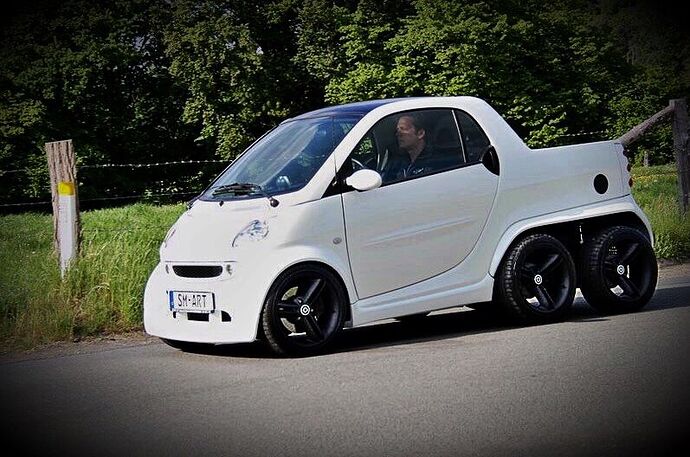 The relevant section from a 169 page PDF that doesn’t include all the sub-categories
6.1.2 Passenger Cars
Passenger cars are defined as any coupes, compacts, sedans, or station wagons with the primary
purpose of carrying passengers.28 All passenger cars (sourceTypeID 21) are categorized in the
light-duty vehicle regulatory class (regClassID 20). Cars were not surveyed in VIUS, but Polk
has a robust yet proprietary dataset of car registrations from all fifty states.
6.1.3 Light-Duty Trucks
Light-duty trucks include pickups, sport utility vehicles (SUVs), and vans.28 Depending on use
and GVWR, we categorize them into two different MOVES source types: 1) passenger trucks
(sourceTypeID 31), and 2) light commercial trucks (sourceTypeID 32). According to 2011 VM-1
vehicle classifications from FHWA, light-duty vehicles are those weighing less than 10,000
pounds, specifically vehicles with a GVWR in Class 1 and 2, except Class 2b trucks with two
axles or more and at least six tires are assigned to the single unit truck category.
VIUS contains many survey questions on weight; we chose to use both a VIN-decoded gross
vehicle weight rating (ADM_GVW) and a respondent self-reported GVWR (VIUS_GVW) to
differentiate between light-duty and single unit trucks.

For the passenger trucks, there is a final
VIUS constraint that the most frequent operator classification (OPCLASS) must be personal
transportation. Inversely, light commercial trucks (sourceTypeID 32) have a VIUS constraint
that their most frequent operator classification must not be personal transportation.

It’s only on new cars.

When we bought our new Silhouette minivan in 2003, I mentioned registering it as a car to the salesman. He insisted that we register it as a truck to avoid the guzzler tax. He may have been wrong and the minivan would not have been taxed, but that’s what he said.

For years in NY state you could register your pickup truck as either a commercial vehicle or a passenger vehicle. You got cheaper insurance as a commercial vehicle but you could not drive on a Parkway. Buffalo has a lot of streets designated as parkways, mostly connecting the city’s Olmstead Parks and the city police used to look for trucks with commercial plates using the Parkways.

Reminds me of a ticket I got in Chicago. Trucks use 2 right lanes. Did not think they meant my 72 f100. Paid the ticket. Officer was did you not see the sign? I was like I thought that meant real trucks like 18 wheelers. There were vans as big as my truck in the left lane, oh well. Wonder if my Rav4 could get a ticket because it has a truck chassis.

Wonder if my Rav4 could get a ticket because it has a truck chassis.

Car chassis, not truck chassis. Based on the Camry and Avalon. Tall car, not truck.