I have a '98 sable that seems to be killing batteries. It wasn’t starting in the mornings, though once I jumped it it would start fine for the rest of the day. I took the battery in to Carquest & they checked it and said “dead cell” and sold me a new battery. All was fine for about a week, then back to the same pattern, so I took the car to the shop and asked them to check the charging system. They said battery’s bad, dead cell. So I took this week-old battery back to Carquest and they confirmed and gave me a replacement. One week later, it’s doing it all again. There were weird white marks that appeared on the first battery and now they’re on the second battery as well (see pics, first one is top of battery just to the left of neg post, second is front of battery–the marks are in the same place as the ones on the previous battery), and I have no idea what that’s about or if it’s connected. Ideas? 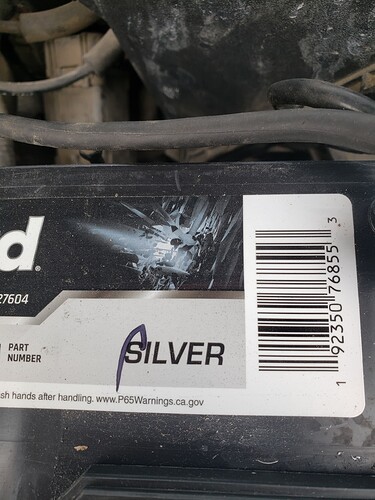 The white stuff is lead crystals caused by small amounts of battery acid leaking. It’s normally harmless. And while you could be experiencing a run of bad luck with batteries my guess is you have a parasitic draw, where something is drawing current when the car is shut off. If you have access to a multimeter you can do your own test: Testing for Parasitic Draw with a Multimeter | Test Meter Pro

I took the battery in to Carquest & they checked it and said “dead cell” and sold me a new battery.

Interstate Batteries lied to get us to replace a perfectly functioning battery. They said it has a bad cell. If it had a bad cell the initial Voltage would be 2V below normal. I didn’t realize what had happened soon enough to not fall for it. I’m not saying that this happened in your case, but everyone must watch out for this scam.

You’ll have to measure the Voltage with a meter. It could be over charging and damaging the battery. It could be over discharging the battery and damaging it, but 1 week is too soon for such damage. It could be not charging up all the way due to a faulty charging system. Have you tried connecting a regular car battery charger over night? I don’t know how they can tell the differenc between a dead battery and a faulty one with their test that takes several seconds. Or you could have gotten a faulty battery.

Modern battery test equipment can misdiagnose completely discharged batteries. The battery should be recharged for two hours before testing, but the store doesn’t have time for that, it is up to you to recharge the battery.

You need to correct the problem that is discharging your batteries.

A conductance test of a battery doesn’t require the battery to be recharged.

Advertisement A weak battery, or one that is rundown, may not deliver enough amps to crank the engine when temperatures plunge and the oil thickens. While cold weather can be hard on batteries, so can hot weather because it increases water loss from...

We haven’t used conductance (only) testers in years. Warranty work requires us to use Midtronics DCA-8000 battery charger/tester. 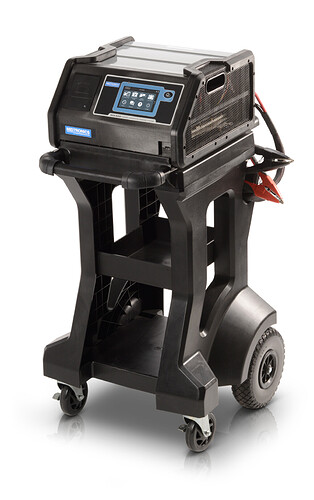 I took the battery in to Carquest

I don’t think CarQuest uses that to test battery’s.

I know they use a conductance tester.

Hood rubbing or exerting pressure on the battery top? Car ever been in any collisions that you know of? Any marks on the hood itself?

Logic would dictate the posts would hit first, but just wondering about hood maybe pressing on the negative post and combined with vibration who knows. I flat cannot remember if the hood has any low sections in the terminal area.

Either something wrong w/charging system, most likely over-charging, or some sort of serious battery drain, which results in a complete discharge when car is parked. Either could damage battery & result in dead cell. If the latter, charging system test could produce inaccurate results. Suggest to ask shop remove & charge battery w/their battery charger overnight, then install battery and test how much current is being drawn from battery with engine not running, everything off. Should be less than 70 mA.

A diy’er can figure out which is the dead cell if battery has removable caps. There’s 6 caps, one for each cell in the series, so each cell should contribute a little over 2 volts. Measure the voltage from one cell to the other by touching probes to the liquid under openings. All battery safety precautions apply, eye-protection, no sparks, hot surfaces, or open flames, etc, and be sure to thoroughly rinse the volt meter’s probe tips of the acid from the battery.

Measure the voltage from one cell to the other by touching probes to the liquid under openings.

Really? That does sound dangerous. Does it work?

With removeable caps, a reliable and safe test of the state of charge of each cell is to measure the specific gravity of the liquid in each cell.

Really? That does sound dangerous. Does it work?

Yes on both counts. Sometimes a little easier to hold one probe on the negative post, and dip the other in the holes one by one, measure the voltage. Voltage should go up by a little over 2 volts each time. 2, 4, 6, 8, 10, 12+ …

Varying somewhat depending on what metal the probe is made of. If both probes are the same and are put in the electrolyte then they will be balanced. The problem is measuring the first and last cell since that requires touching the negative or positive post.

I use a battery hydrometer to determine the health of each cell.

I just tested my batteries and they are fine. I needed a reminder.

This takes some time and some care, but is easy and the tool is simple and reliable.