Maybe fuel cost is not the only consideration to be given when warming an engine on a cold morning.

Well, tax revenues have been down in recent years.

Leaving a running car unattended really is a good way to have it stolen.

I never thought about it in terms of warming up an engine, but, as I learned in driver’s education and just now looked up in statute, it is, and has long been, illegal in Texas to leave a vehicle unattended without:

(1) stopping the engine;
(2) locking the ignition;
(3) removing the key from the ignition;
(4) setting the parking brake effectively; and
(5) if standing on a grade, turning the front wheels to the curb or side of the highway.
Texas Transportation Code ? 545.404

It prevents unattended cars from running away under power, and makes it harder to steal cars. I assume other states have similar laws.

I always thought of leaving an engine running as a waste of fuel, and a way to get the car stolen, but it’s also a misdemeanor.

We’ve had this law in Minnesota for twenty years. If your vehicle is stolen when left running unattended, you get a ticket for $300.00 for aiding and abetting in a crime.

If I was anywhere other than Florida, I might consider a block heater. 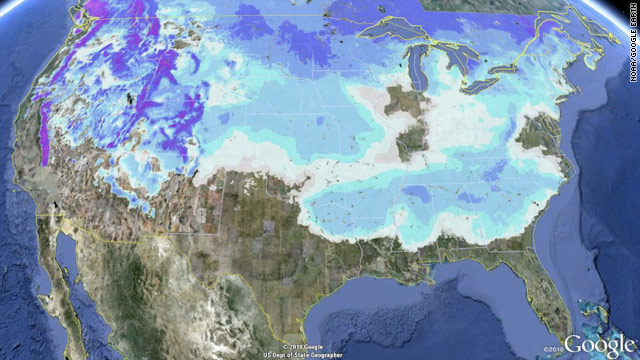 After big snow and ice events in the Southeast, Plains, and Midwest this week, 49 out of the 50 states currently have snow on the ground --  yes, even Hawaii, where snow falls in Mauna Loa and Mauna Kea all winter.  The only state that has avoided...

That’s very interesting. Even Florida isn’t far. This map:
http://www.nohrsc.nws.gov/interactive/html/map.html
shows snow south of Columbia, Alabama, within 20 miles of the Florida line, and the map archive shows the snow line’s been retreating. Snowfall accumulations very nearly got into every state.

All kinds of theories and myths about warming up an engine. ok4450 did not say he was going to leave the vehicle unattended but that assumption seems to have crept in. I do agree with all of you who take exception to leaving an engine running unattended. I don’t and I will never, I say again never use a remote starting contraption unless I am beside the car when it is starting. (I once worked with a panty-waist who started his car remotely and when the engine started the starter drive locked into the ring gear and shredded itself and the ring gear. Real men don’t worry about cold seats!!!)But I digress.
A block heater can be a big help here. Put it on a timer, you don’t need it for much more than an hour or so before you start. It will take a very long time for an idling engine to warm up. Drive away slowly until things begin to loosen up. A few minutes of driving under light load should do the trick, and don’t get all wrapped round the axle worrying about damaging something. Use it but don’t abuse it I say.