I have a 1985 dodge w350 and it really doesn’t actually have a temp gauge it has a light that comes on when it overheats but i would like to switch to a needle temp gauge so I could know if its running hot or if its about to overheat. I don’t know if I could change out the factory light for a factory needle gauge or if I would have to buy a aftermarket gauge.

Did Dodge even offer a factory temperature gauge for that model in 1985? If yes, you’d need to find a complete instrument cluster with that gauge in a junkyard, and swap it into your vehicle. Way too much work. Just get an aftermarket gauge, and mount it under the instrument panel.

No, you’d need to change the sending unit also.

Just get an after market gauge and then you will have double coverage . You might even get the whole set, Coolant temp , battery charge and oil pressure .

Did you get the sticker removed you asked about?

Did Dodge even offer a factory temperature gauge for that model in 1985? If yes, you’d need to find a complete instrument cluster with that gauge in a junkyard, and swap it into your vehicle. Way too much work.

I happen to prefer the “stock” appearance, so it would be well worth the effort to me compared to tacky-looking aftermarket gauges. Keep in mind, however that prior to the late 1990s, many cars used different wiring harnesses, depending on the options selected, and that wires needed to add options later may be missing. For example, on the Dodge Spirit/Plymouth Acclaim or Dodge Shadow/Plymouth Sundance, upgrading from a basic instrument cluster to the premium cluster with tachometer won’t work, because the modular plugs on a non-tachometer car have empty pins, and the wires which carry this data are missing.

There are complete instrument panel’s with the temp gauge available on ebay, used though. Might be other options from pick a part or similar auto recyclers. Base trucks didn’t have one but other trims could.

You can just buy a gauge set or the separate gauge and install it. It will have a separate temp sensor that installs in the engine so you will have both.

When I special ordered my 86 Park Ave, the only way I could get gauges was to order the $2000 electronic dash. Instead I got a $20 set with volts, temp, and oil pressure. Worked fine.

When adding aftermarket gauges, aside from wiring up the proper sending unit, the dash illumination circuit will have to be tapped into for the gauge backlighting, if one wants to be able to see the gauges at night.

This would probably be much easier than trying to wire a full original-style cluster if all the original wiring isn’t there, though if it were mine, I’d probably go original-style. I like these types of challenges, and I don’t mind playing with wiring, as long as I can find factory wiring diagrams. 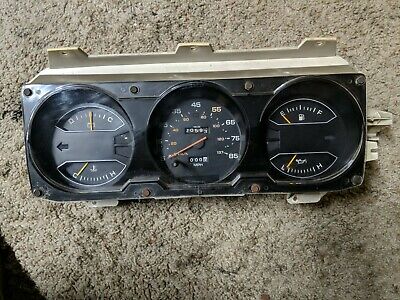 This cluster was removed from a wrecked low mileage 1985 Dodge Ram D100 with a manual transmission. It was tested before removed and works perfectly. You can use it for a automatic transmission, just need to switch your indicator over to it.

If you find a used cluster that looks too used, you can get a refacing kit for it to help make the gauges look like new, but it doesn’t help much with the rest of the cluster.

Here’s a kit at LMC Truck.

Did Dodge even offer a factory temperature gauge for that model in 1985? If yes, you’d need to find a complete instrument cluster with that gauge in a junkyard, and swap it into your vehicle. Way too much work. Just get an aftermarket gauge, and mount it under the instrument panel.

They did offer a cluster with full gauges.
So not only will you have to figure out the Temp gauge, You’ll also have to do the Amp Gauge and Oil Pressure Gauge, Plus eliminate the Battery/Alt light and keep the charging system working.

I agree with @old_mopar_guy, an after market set would a lot easier

No temperature gauge?
I’ve been to one world’s fair a picnic and a rodeo and that’s the stupidest thing I ever heard… 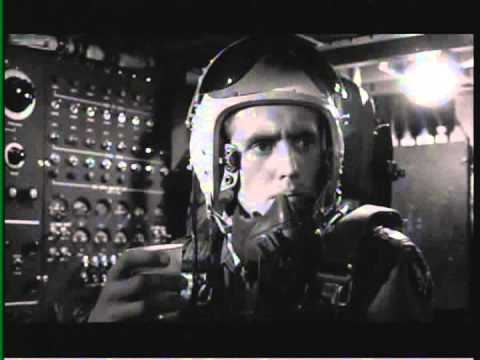 Works as it should, minimal wear.