Mustangman, the “baseline” is that value in the ECU. That value is set by the dealer before delivery via a special protocol called “initialization”, and can and should be reset by the owner to the pressure he/she prefers. The “set” button only resets the system trip, not the baseline value.

All of the programmable-computer based systems in your car need to be “initialized” before delivery. The protocol to do so for the TPMS in my car is in a separate section of the owner’s manual. It is not made obvious. Most people don’t even know it’s there. The protocols to “initialize” the others, such as the Body Control Module, are in TSB formats. I have mine only because I had access to the Toyota databanks at the college I worked at, but they’re not generally made available to the public unless you know about them and request them.

Changing a failed TPMS sender with a dead battery was easier and cheaper than I had thought. I got a new sender from Rock Auto for about 40 bucks. There was no need to remove the tire from the rim; only had to break the bead on the rim side opposite the sender. That made access to install a new sender. The other senders still work and will be replaced as needed. According to what I have seen on the web, senders can last from 5 to 12 years. My first was a little over 5 years old.

I do like tpms . But I learned to live without them during the winter change over. Get a tire gauge and check regularly regardless. We should also have a tire pump on hand. If the light goes on, I still need to get my fat asteroid out of my seat, pump it up
and recalibrate. You can save money on both tire replacements and new belts for your pants. Be a regular checker .

TSM, the initialization routine is done to let the system know when the tires are all set to the correct pressure. The initialization puts the car into a learning mode for a short while. That tells the car that if it reads a tire, or tires that are different front to rear or even side to side (say if you’ve just replaced 2 tires instead of 4 or that crazy problem the Honda owner had with different sizes side to side), the system can measure the rotational speed, compare front to back and side to side a store those values for later. When one tire loses air, it now no longer meets the speed stored and the light is thrown.

If it didn’t have this initialization routine, it would be throwing bogus codes all the time.

Wikipedia actually has a decent write up of these systems; See indirect TPMS

A tire-pressure monitoring system (TPMS) is an electronic system designed to monitor the air pressure inside the pneumatic tires on various types of vehicles. TPMS report real-time tire-pressure information to the driver of the vehicle, either via a gauge, a pictogram display, or a simple low-pressure warning light. TPMS can be divided into two different types – direct (dTPMS) and indirect (iTPMS). TPMS are provided both at an OEM (factory) level as well as an aftermarket solution. The target of ...

Consider the added expense to the less than affluent third owner when the car is 15-20 years old. Shoot, that person is probably going to hope to find USED tires to make his older car roadworthy. Spending $40 or so extra per wheel may be out of the question for that person. We all know people like that.

You can include me. No way will I send $40 plus extra per tire if I don’t have to. In our state, many fewer people would buy winter tires if this were required.

@MG McAnick: Well, the car won’t stop working just because the TPMS is warning you if its sensors are inoperative or missing—just another warning light to ignore for the last owner of a heap having a last hurrah before the junkyard claims it. So not really an added expense any more than ignoring all the inoperative or partially malfunctioning systems on an older car and just using it for last-ditch transportation. And geez, the sensors are pretty cheap in the grand scheme of things–$41 for a set of 4 for my car when I just looked. (aftermarket) And mine is still on the originals and is a 2006 model. An oil change for some cars is more than that.

LOL; get back to us when you’ve actually tried some of those…

“So not really an added expense any more than ignoring all the inoperative or partially malfunctioning systems on an older car and just using it for last-ditch transportation.”

You cannot know that the car in question will not be subject to inspection of the TPMS.

Not in us dollars, no way, no how

Not to mention installation and reinitialization . . . 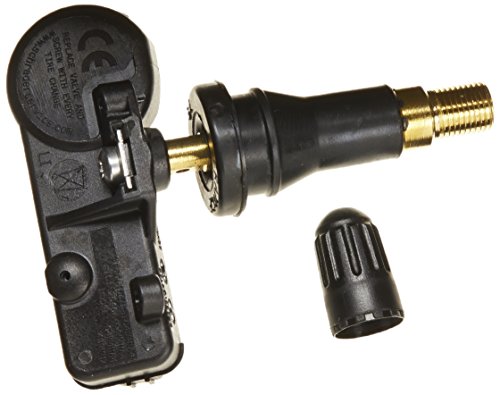 this is a single sensor not four as picture shows

For those of you that have Fords: (Actually slightly cheaper than for my Mopar, though the sensor looks pretty identical)

Note that these are all from different vendors and all are free shipping. Yes, you still have to install them obviously

I have not tried it, but there is apparently a TPMS calibration/relearn procedure you can do yourself on the “EVIC” (dashboard information system) on my car. You seem to need a “relearn magnet” though.

I stand corrected, about the parts price, anyways

The only car I’ve had so far with this type of TPMS system is an '08 Chevy Impala SS. Its TPMS sensors appear to be considerably higher than those for Ford and Chryco shown above. The best price I see for one (1) OEM sensor is $36.97. I’m told that the cheaper aftermarket ones are simply not as good. (Does anyone have experience with those?) 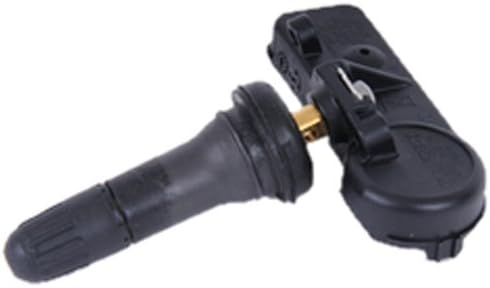 Then they have to be installed and recalibrated. There are two dead ones on my car. I’m going to wait until I have to replace the tires so the installation won’t involve a separate breakdown of each tire. I will probably replace all four at that time. If two are dead now, the other two can’t be far behind. Also note the their isn’t just a little light on the dash that warns if a sensor is dead. It comes up in green print on the car’s info system which also contains the Odometer and other pertinent information. I can’t just do the oft suggested Click and Clack fix with black electrical tape.

I once installed an aftermarket . . . standard motor products . . . on a Prius. no problems. But it was a PITA to reinitialize the system. Toyota requires you to manually enter the new ID, using a scanner

Letting that little Amber light glow and buying a good gauge is looking better and better. It takes about 5 lbs to set a light off. So other then being enthralled by looking at the numbers, you should be checking your tires regularly for differences even less then that. IMho, a tire difference from others of as much as four psi is unacceptable. I see little need to have them, other then for the neglectful crowd and I see little need to replace or fix them when they go bad. Now, if you are the type who never checks under the hood either or can’t tell the difference when driving when one tire is as much as 5 lbs off, then yes, spend the money.

I just serviced one of the cars that my brother and his wife drive. It has TPMS and the orange check tire pressure symbol was lit when I picked it up from them. Not only that, but every time you turn on the ignition, there is a very obvious “Warning! Check your tire pressure!” message spelled out in the multifunction display

Naturally, they made no mention of that when they arranged for me to work on the car

Thankfully, it was simply due to low tire pressures all around . . . 25psi, versus the required 32psi

The Acura tire pressure monitoring system utilizes pressure sensors that alert the driver of underinflation of 25% or more in one or more wheels.

There are the sensors for my car. TRW is the OE manufacturer. $60/wheel.

Rockauto has Dorman direct replacement sensors which don’t even require a scan tool for the system to pair with them for $25/wheel. You install them, then drive a short distance at 15mph, and the car automatically pairs with the sensors and records their location.

Considering this is a forum that has no problem berating people for not dropping over $1,000 on a winter wheel/tire package if they live in a state that dips below 40 degrees in the winter, I’m still astonished at the vehement cost-based anti TPMS sentiment.

That’s not the point. Neither of my vehicles displays the actual temp and the lights don’t come on till there is more then a four degree drop in temp. Why would I bother spending one dime on a system that still doesn’t mean I don’t have to regularly check the tires. Plus, if I can’t tell when a car tire is significantly lower then the rest, I should not be driving.

Unfortunately, this system is made for the wealth of oblivious drivers out there.

Yes, but when all four tires dropped a significant amount, greater then five lbs , it means the temp has dropped by as much 50 degs plus or a very significant amount of time has past. That happens at least over a months time. If some one isn’t checking fluids and tire pressure during that time , these same people are equally slow moving when the light goes on. Though I like the system, until they actually become a one time expense item, I will not keep piling money into it every time I buy a new set of tires as it has no influence on my willingness to do weekly, trip and load checks everyone should be doing. IMHO, it should do things like light up when the car is loaded and pressure needs to be increased to be of real value.

Our state has a mature attitude . The system must be on at time of purchase and Asia a non inspect able item, it becomes an owner decision to keep them up. A non mechanically incline owner may certainly choose to keep the system up. Those of us who see no advantage because of our maintenamce habits, may not.