Thumping at low speeds after driving on highway

I have thumping in what seems to be coming from the front end of my 2009 Subaru Impreza when I turn at low speeds. Thump thump thump as though maybe there’s something unstable mechanically. I’ve brought it twice to the mechanics (that I trust) and both times they were unable to reproduce it, and I couldn’t either when I went to pick it up. They saw nothing wrong with it when they lifted it and fluids seem fine, and it’s not the CV joint. I realized maybe it was only happening after driving it 45 min down the highway to my boyfriend’s house, and sure enough it did it again the next time I made that trip, and on the return as well. There’s no other sound other than the skipping/bumping/thumping sound. It started around Thanksgiving (got my winter tires put on around that time, in case that’s relevant) and it seems to be very slowly intensifying each time I experience it.

Thump thump thump as though maybe there’s something unstable mechanically

Is it a constant rotational noise? Subarus are known for early wheel bearing failures. 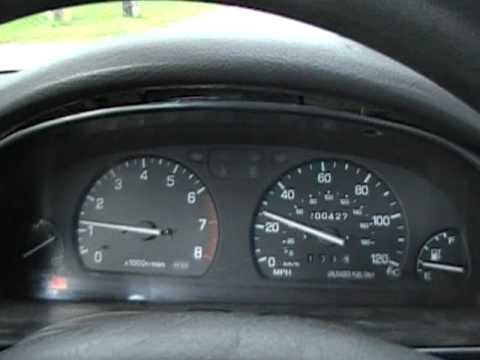 Yes- as i’m turning, it is a very consistent, rhythmic sound that speeds up or slows down depending on my speed (so obviously something to do with the wheels/axles themselves, but the sound itself only occurs at low speeds. Also if it were a wheel bearing, wouldn’t it be happening all the time, not just after driving for a while? This doesn’t happen if I just take a quick drive in town. It’s also a much lower thumping, this video sounds more like metal on metal.

This sound/action actually jostles the car. I have a video but for some reason I can’t post it.

Copy and paste the link in your reply…the noise in my video is the late stage of a wheel bearing failure,It usually starts with a faint thumping noise but will gradually get worst like in the video.

Sounds like a bad CV joint…toc,toc,toc noise. Its only when you are turning at slow speed?
Could be the other CV joint making the noise.

My mechanic said the CV joint was tight though…

It could be the " center viscous coupler" VCD driver mentioned in his post. Here are some of the symptoms:
Another problem associated with the viscous coupling is the difficulty of accurate diagnosis. A faulty viscous coupling might produce a range of symptoms, such as shuddering in turns, or what sounds like bearing noise, and these are often misinterpreted, even by experienced mechanics. A customer might pay for replacement of items such as the tail shaft, power steering pump, steering rack, one or more wheel bearings, the rear differential assembly and even the gearbox assembly, without fixing the initial problem. The viscous coupling is often the last component to fall under suspicion.

Customers often report mysterious symptoms that prove to be problems with the viscous coupling. Because this component is hidden and works in the background owners are often baffled by the symptoms, which sound like they could be coming from one or more of several drive line components. Sometimes customers waste money on unnecessary repairs, One customer noticed a clunking sound while parking his Subaru Forester at low speed, and consulted several people to find out what the problem was. His local workshop was not able to diagnose the problem, but another Forester owner in an internet chat room suggested it might be the viscous coupling, which proved to be the case.

Another customer reported a more alarming symptom, “chattering” in the front wheels while turning, felt through the steering wheel. The customer suspected the front CV joints and replaced them along with the axles. No change. The problem was worse when cornering under power, but still present when coasting though a turn. The customer suspected a range of other components, before bringing the car to us, where we diagnosed a faulty viscous coupling. Many owners don’t consider this part as it is hidden, does its work quietly in the background, and when failing produces symptoms that seem to implicate other drive line components.

Another customer complained of a “whirring” noise that seemed to run throughout the car. This noise was present both under power, and on a trailing throttle and was louder at higher speeds. Because the location of the noise could not be isolated the customer was baffled. The customer was advised by one workshop that it was a wheel, bearing, which he had them replace. This did not fix the problem. We were able to diagnose a faulty viscous coupling bearing plus input and output shaft bearings.

If you want to read the full article https://www.alldrivesubaroo.com.au/gearbox/subaru-centre-differential/

as i’m turning, it is a very consistent, rhythmic sound that speeds up or slows down depending on my speed (so obviously something to do with the wheels/axles themselves, but the sound itself only occurs at low speeds.

All of this is consistent with a center viscous coupler that is in need of replacement.

Thanks all!
I called the mechanic and he suggested changing out the differential and viscous fluids first.
Thoughts?

Well…ugh. Ok. Any sense what something like this costs? I’d rather be prepared…

Any sense what something like this costs? I’d rather be prepared…

My recollection from discussing this with people who had this repair done several years ago, is that the viscous coupler + installation ran ~$300, but that was… maybe as long as 6 or 7 years ago. Depending on inflation + the exact labor costs in your neck of the woods, it could well cost more at this point.

Thank you and Corollaguy1 for all the advice, I’m bringing it to a Subaru specialist as soon as I can and letting them know what we’ve discussed. Much appreciated!

Does this sound occur when turning either direction? If so, my guess concurs w/ @VDCdriver , presuming this is an AWD vehicle, is there’s a problem in the gadget that divides up the power between the front and rear wheels. The viscous coupler is what Subaru calls it. If not that, then some kind of problem w/the tires is my next guess. Any weird tread patterns developing?