The next Tesla, the Model E

… will likely appeal to a lot more people than the Model S, due to the much lower projected price of the Model E.
As much as I would love to own a Model S, it is only going to show up in my garage if I win the lottery, and that is less likely than being hit by lightning.

This new, cheaper model should lead to greatly-increased sales for Tesla: 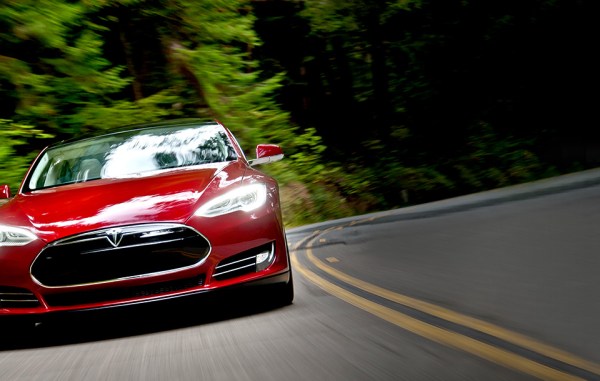 A few new details about Tesla’s upcoming ‘affordable’ electronic vehicle came out of a talk the company’s founder and CEO Elon Musk gave last week, and Electrek has the key takeaways from the event. Musk shared info around what we can expect from the...

There are good images of it available on the internet. It’s a good looking car, but definitely designed aesthetically for the Buick crowd. Personally, I’d like to get one of their (no longer produced) sports cars.

By the way, I like Buick styling. That was intended as a comment only on Tesla’s apparent target demographic.

Still can’t go to Albuquerque for a day of shopping or a doctor appointment and come home again.
There’d have to be a recharge station there to plug in while we’re at the doctors ot the olive Garden.

Home to Albuquerque is 140 miles one way plus all the miles in and around the big city before returning home.

Hopefully…
If they bring the Tesla battery factory here they will also outfit the city for the assumed influx of Tesli. There is already a Tesla charging station here in Gallup. The car would work on a local level.

I don’t understand how Tesla’s new factory making the same lithium batteries will be able to do it for a fraction of the current cost. What I’ve read has said a major cost drop in batteries will require a different chemistry, not just a bigger plant.

Mass production and increased demand … perhaps ?
Remember when a good Fischer VCR was $ 500.00 ?

I guess, but there are dozens of very modern factories all over the world mass producing lithium batteries. Just hope the low cost isn’t the result of tax breaks or subsidies, rather than innovation.

Oh, and what’s this “VCR” thing you mentioned?

Our entire economic history, including much of its innovation has been underlain by things like tax breaks and subsidies. The fact that certain ideologies say this shouldn’t be the case doesn’t change the fact that it is the case. That said, I have no idea where Teslas actual savings on battery production are coming from. But often the economy of scale savings do come from shaving pennies everyplace you can rather than major changes. Major changes can obviously be game changers. But in absence of that penny shaving is quite important.

I’m sure it’ll make them cheaper. But a major cost drop is required. The battery on the Model S costs around $50,000. So a battery on a $33,000 car would have to cost a small fraction of the current battery. I’ve not read anything that explains how they’ll cut costs by, say, 80%. Just a bigger plant won’t do it.

This article says their goal is a 30% price drop in the first year of battery production, and a car half the price of a Model S.

The enormous size of the electric automaker's planned facility will give it leverage in future negotiations with partnering manufacturers.

I find Tesla to be a very interesting business case in the process of evolving. Since they took a very unique approach to EV design, and since they solved critical problems with the technology, but used an existing platform to build the vehicle on, I originally suspected that their plan was to sell the technology. Turns out that I was wrong. Their goal is to be a car manufacturer. Even in that they’ve chosen a completely new and unique business model for that industry.

I like these guys. They’re building new technologies and business models and thinking for themselves. The industry needs that kind of innovation, that kind of “clean slate” thinking. I hope they succeed. And I think other manufacturers will apply variations of Tesla’s technology in their own designs. I think they already are. I don’t know if Lithium Ion battery technology would have progressed to where it can be successfully used in EVs were it not for Tesla’s work in solving the heat management problems and the “cascading failure” problems that existed.

If you didn’t see the report on 60 Minutes last night about Elon Musk and his companies (SpaceX and Tesla), then you missed a good bit of information.

Here is a young guy who didn’t let his early failures keep him from persisting, and that persistence led to the success of both companies. In addition to being a visionary, Musk can serve as an inspiration to other young people who may also have worthwhile ideas that need to be developed.

While I am not a fan of watching videos online, you can probably find this report on the websites for 60 Minutes or CBS News, or…most likely…on YouTube. Trust me–it’s very interesting!

I’ll look for it.
I generally avoid “newsmagazine programs”, but this one sounds worth watching.

It was informative, but avoided any discussion of issues, like the ‘rich boy toy’ aspect of his $100k cars, the fact that EVs fueled from coal fired power plants are no better than regular hybrids regarding CO2, and the impact that EV credits paid by other makers have on his bottom line. I love the technology, but it’s not at all obvious that it’ll be a major solution to our transportation needs.

Yeah, it’s worth watching. Musk is an amazing guy. What he’s done with SpaceX is even more impressive than Tesla. His degree was in physics, but he basically taught himself aerospace engineering and is “chief designer” of the Falcon 9 rocket and the Dragon capsule now resupplying the Space Station for NASA. The guy is utterly brilliant.

It’s true that it’s not right not to call them “clean” just because the tailpipe has (usually) moved to someplace else. But the MPG equivalent of an electric blows away the straight ICEs and hybrids. So they are already “cleaner” in terms of emissions. And if more and more electricity generation shifts to natural gas from coal then it’s wildly cleaner in emissions terms. Now, there is still plenty else to worry about, like the externalities that come with the batteries both for production and disposal. But then again, a lot of the nastier ICE stuff also disappears (oil and filters, for example). It’s all not just a wash in impact terms.

Nope, not “wildly cleaner” overall. Here are some quotes from a couple of major studies:

"As for greenhouse-gas emissions and their influence on future climate, the researchers didn’t ignore those either. The investigators, like many others who have probed this issue, found that electric vehicles generally produce fewer of these emissions than their gasoline- or diesel-fueled counterparts—but only marginally so when full life-cycle effects are accounted for. The lifetime difference in greenhouse-gas emissions between vehicles powered by batteries and those powered by low-sulfur diesel, for example, was hardly discernible.

The National Academies’ study stood out for its comprehensiveness, but it’s not the only one to make such grim assessments. A Norwegian study published last October in the Journal of Industrial Ecology compared life-cycle impacts of electric vehicles. The researchers considered acid rain, airborne particulates, water pollution, smog, and toxicity to humans, as well as depletion of fossil fuel and mineral resources. According to coauthor Anders Stromman, “electric vehicles consistently perform worse or on par with modern internal combustion engine vehicles, despite virtually zero direct emissions during operation.”"

You can read more here: Unclean at Any Speed

EVs are far from a cure-all, even if batteries become cheap.

I doubt anyone would call it a cure-all. I certainly didn’t. The cure-all is to reorganize living to transport ourselves around very differently than we do now. The “wildly cleaner” was a comparison of getting the electricity from coal vs. natural gas - although actually that’s still up in the air as well once all cumulative effects are taken into account. And what the study indicates is not very different is electric vs. low sulphur diesel. I’d be a much happier guy if the roads were full of low sulphur diesels and electrics. As it is they are full of standard ICEs - which are dirtier than electrics.

From what I’ve read a hybrid like a Prius is similar to a low sulphur diesel. So there are two low cost alternatives to the hugely expensive EVs, alternatives that are in widespread production right now. No need for mega plants, tax breaks, or subsidies. That’s my point.

The whole history of the transportation industry in the US is full of mega plants, tax breaks and subsidies. So that’s just always been part of it either way. I guess like mountainbike, I’m more excited by innovation. And if we are going to try to hobble through history with these kinds of personal transport, the innovations have to come at some point. (And I only mean “like mountainbike” on liking the innovation. I know he’s down on the tax breaks and subsidies and stuff. I’m just saying the electrics aren’t special in that regard.)