Dealers are having trouble getting enough used cars. And the short supply means used-car prices are bumping up against some new-car prices. For example, kbb.com lists a used 2008 Chevrolet Malibu LTZ with 23,000 miles at $19,950 – and a new 2012 Hyundai Sonata GLS at $22,450.

And things will stay that way because three years of far-below-trend new-car sales mean tight supplies of used cars until 2014 or later if the economy doesn’t pick up. Jonathan Banks, an analyst at NADA Guide, said returns of three-year leases will be especially starting low in the fourth quarter.

The short used-vehicle supply is a problem for dealers because they depend more than ever on used-vehicle volume to make up for low new-vehicle sales.

Compounding the problem: The high values of cars coming off lease now mean more customers will buy their vehicles at the end of the lease term because the purchase price is significantly lower than that of a comparable replacement.

Please tell us something we don’t already know.

Plus 0 to 3% interest, 50-100K warranty, and why in the world would anyone buy a used car right now? You’ve got to be flexible so just because you’ve always done it, doesn’t mean that you always should.

Exactly Bing. This was the 1st time I bought a new car in my life. To get a 3 yr old model with 40K miles on it only for 2-3 thousand Dollars less did not make sense. Also shopping for new cars is so much easier. Just decide on the color and start e-mailing the dealers until you get the deal you like. With used cars you have to drive all over town to look at some real antiques. I guess then in 2014 I will be back on the used car band wagon.

OTOH the luxury/sport car segment might still be different with high depreciation one could get good value on those cars. Looking on some Mustang ads online right now…

Also, if you’re willing to wait a bit, you can custom order your car from the factory exactly how you want it(like I did).

popular mechanics had a segment where they showed 10 or so cars that depreciated like a rock. 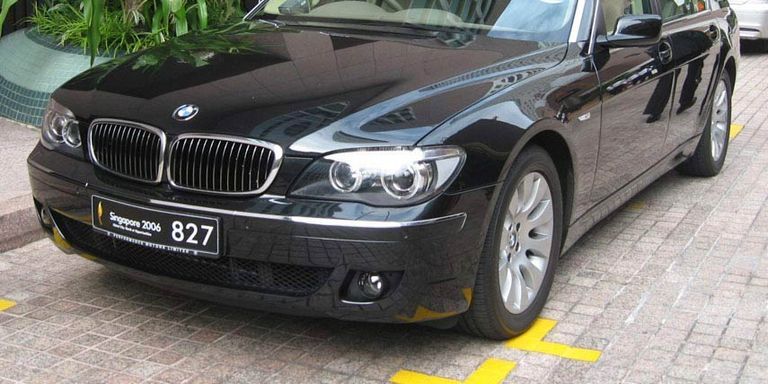 What a car will cost you up front is important, but so is its worth down the road. We scoured the current car market and found that when it comes to losing value, luxury vehicles are the riskiest investments.

The 2004 Phaeton is essentially an Audi A8 with the W12 engine. Audi never imported the W12 A8 to North America. It’s a screaming deal!

None of the cars listed have any appeal to the average consumer and might sit on a lot as a trade in for months. Anything with VW or Mercedes is screaming repair and high ownership cost. This babies could be had cheap even in the “best of times” as none hold any “great expectations”.

If used car prices are so high that they are close to new car prices, then buy a new car over a used one. Seems like a “no brainer” to me.